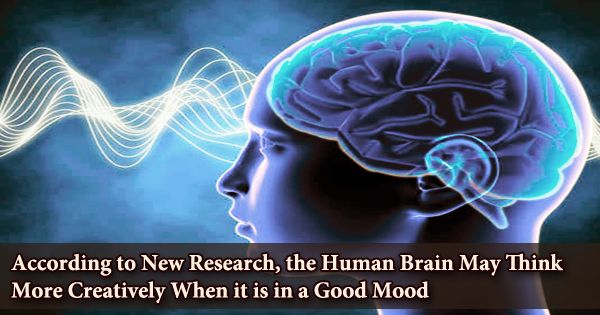 According to New Research, the Human Brain May Think More Creatively When it is in a Good Mood

Watching humorous videos on the internet at work isn’t always a waste of time. They may be utilizing the most recent psychological research to put themselves in a pleasant mood so that they can think more creatively.

According to Ruby Nadler, a Ph.D. student at the University of Western Ontario, “Generally, positive mood has been found to enhance creative problem solving and flexible yet careful thinking.” She and colleagues Rahel Rabi and John Paul Minda published new research in the Association for Psychological Science’s publication Psychological Science. Nadler and her colleagues focused their research on a specific type of learning that benefits from creative thinking.

Students in the study were put into various moods before being given a category learning assignment to complete (they learned to classify sets of pictures with visually complex patterns). The researchers used music and video clips to alter people’s moods; initially, they tested out a few to see which ones made individuals the happiest and saddest. The happiest music was a cheerful Mozart composition, while the happiest video was a newborn laughing.

The researchers then utilized them in the experiment, along with sad music and video (a piece of music from Schindler’s List and a news report about an earthquake) and music and video that had no effect on mood. People were required to learn to detect a pattern after listening to the music and seeing the movie. Volunteers who were happy were better at learning a rule to categorize the patterns than those who were sad or indifferent.

“If you have a project where you want to think innovatively, or you have a problem to carefully consider, being in a positive mood can help you to do that,” Nadler says. And music is a simple method to put yourself in a good mood. Everyone responds to various types of music, so don’t feel obligated to switch to Mozart, she adds.

This, according to Nadler, might be one of the reasons why individuals enjoy to watch humorous films at work. “I think people are unconsciously trying to put themselves in a positive mood,” thus the seeming waste of time may actually be beneficial to employers.