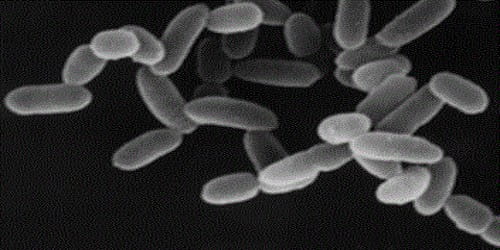 The Archaea (Also known as Archea) are a group of single-celled organisms. The name comes from Greek αρχαία, “old ones”. They are a major division of living organisms. They live in extreme environments and sometimes have strange metabolisms.

Archaea are tiny, simple organisms. They were originally discovered in extreme environments (extremophiles), but are now thought to be common to more average conditions. Many can survive at very high (over 80 °C) or very low temperatures, or highly salty, acidic or alkaline water. They are found in environments that have an extreme temperature, pH, and salinity. Some have been found in geysers, black smokers, oil wells, and hot vents in the deep ocean. Recent research has found ammonia-eating archaea in soil and seawater.

Archaeans include inhabitants of some of the most extreme environments on the planet. In the past, they had been classed with bacteria as prokaryotes (or Kingdom Monera) and named archaebacteria, but this is a mistake. They may be extremely abundant in environments that are hostile to all other life forms. The Archaea have an independent evolutionary history and show many differences in their biochemistry from other forms of life. They are now classified as a separate domain in the three-domain system. In this system, the three distinct branches of evolutionary descent are the Archaea, Bacteria, and Eukaryota.

Archaea are, like bacteria, prokaryotes: single-celled organisms that do not have nuclei and cell organelles of the eukaryote type.

Interesting facts – They are famous for their love of living in extreme environments.