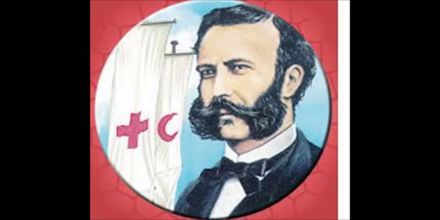 Cause of death: Undetermined

Known for: Founder of the Red Cross

Henry Dunant or Jean Henri Dunant was a Swiss social and peace activist who founded the Red Cross and was the recipient of the first Nobel Peace Prize along with a French peacemaker Frederic Passy. Durant had a life that was the opposite of the rags to riches story. His life started from the home of nobility and ended up at a hospice in a small village. Dunant’s professional career began as a merchant and banker, an occupation that led him to Algeria from 1853-59. More than 20 years earlier, in 1830, Algeria had been conquered by France, and since then many young adventurers had sought their fortunes there. Dunant had similar intentions. He opened his own business of cornmills and marble quarries, financed by influential citizens of Geneva. Though he had acquired French citizenship in 1858, he continued to be harassed by the colonial bureaucracy in Algeria. To stop these impediments, he planned to speak to French emperor Napoleon III, personally.

Jean Henri Dunant was born in Geneva, Switzerland, on May 8, 1828, to a prosperous businessman named Jean-Jaques Dunant and a social activist named Antoinette Dunant-Colladon. He started social work by forming ‘Thursday Association’ at the age of 18. When he was 21, Henry Dunant had to leave College Calvin as his grades were not up to the mark.

He joined a banking firm named ‘Lullin et Sautter’ as an apprentice in 1849. In 1856, he founded a multinational company ‘Financial and Industrial Company of Mons-Djemila Mills’ and bought land in Algeria to grow corn. He arrived at the town of Solferino, Lombardy, Northern Italy, on June 24, 1859 to bring to the notice of Napoleon III the uncooperative attitude of local Algerian authorities.

He came face-to-face with a battle between the French-Sardinian forces under Napoleon III and the Austrian troops which had left more than 40,000 troops dead, dying or wounded and was moved by their suffering. He procured medical aid and food, organized civilian nursing and got the release of captive Austrian doctors to help with the wounded soldiers irrespective of their nationalities. On February 9, 1863, the ‘Geneva Society for Public Welfare’ headed by the Swiss lawyer Gustave Moynier formed a committee of five people after discussing his ideas of helping wounded soldiers. On February 17, 1863, the ‘International Red Cross’ society was founded during the committee’s first meeting despite disagreements about the neutrality of the society.

Under the leadership of Dunant and Moynier in October 1863, 14 nations decided to set up an organization to care for soldiers wounded in battle.

The ‘Geneva Convention’ came into being on August 22, 1864 which was signed by 12 nations. In March 1867 Dunant left Geneva never to return again. In April 1867 Dunant had to declare bankruptcy when his company failed. He lost his membership and the post of Secretary of the International Committee on August 25, 1868. He was also expelled from the YMCA.

The ‘Geneva Trade Court’ condemned Durant of business malpractices August 17, 1868. During the Franco-Prussian conflict from 1870 to 1871, he founded the ‘Common Relief Society’ to help soldiers wounded in battle. Hounded by debtors and especially Moynier, Dunant spent the period from 1874 to 1886 in abject poverty while staying in the cities of Rome, Basel, Corfu, Karlsruhe and Stuttgart. In July 1887 he shifted to the small Swiss village named Heiden which he had visited with some Stuttgart friends in 1881.

In 1890 he was made the honorary president of the temporary Heiden chapter of the Red Cross founded by Susanna Sonderegger, the wife of a teacher named Wilhelm Sonderegger. On April 30, 1892 he became very sick and took up quarters in a hospice in Heiden where he remained till his death.

Georg Baumberger, the editor-in-chief of ‘St. Gall’, met him in Heiden and brought out his contributions to the formation of the International Red Cross Society in 1895. This was corroborated in 1897 in a book written by Rudolf Muller, a teacher in Stuttgart whom Durant had met there.

Jean Henri Dunant wrote his first book titled ‘An account of the regency in Tunis’ in 1853 after coming back from an assignment to Tunisia, Sicily and Algeria which was published in 1858 which had a chapter on slavery. He wrote his second book titled ‘A Memory of Solferino’ in 1859 which was published in 1862. The book described the battle, the cost of human lives lost and the chaos that followed later.

Georg Baumberger’s article helped him to get the Swiss Binet-Fendt Prize in 1895. Pope Leo XIII also sent him a note of appreciation.

Rudolf Muller’s book helped him to receive the first Nobel Peace Prize in 1901 along with the French pacifist Frederic Passy. In 1901, Dunant was awarded the first-ever Nobel Peace Prize for his role in founding the International Red Cross Movement and initiating the Geneva Convention. Norwegian military physician Hans Daae, who had received a copy of Müller’s book, advocated Dunant’s case on the Nobel committee. The award was jointly given to French pacifist Frédéric Passy, founder of the Peace League and active with Dunant in the Alliance for Order and Civilization.

His movement for aiding wounded soldiers in battle and activity in forming the ‘Red Cross’ is considered as the greatest achievement in the nineteenth century.

His birthday, 8 May, is celebrated as the World Red Cross and Red Crescent Day. The former nursing home in Heiden now houses the Henry Dunant Museum. In Geneva and other places there are numerous streets, squares, and schools named after him. The Henry Dunant Medal, awarded every two years by the standing commission of the International Red Cross and Red Crescent Movement is its highest decoration. Jean Henri Dunant died in the Heiden hospice in Switzerland on October 30, 1910. He left behind a daughter from his marriage.

He had suffered from depression and paranoia during his life in Heiden.

The hospice is now called the ‘Henry Dunant museum’. Streets and roads in many cities of the world including Geneva are named after him.