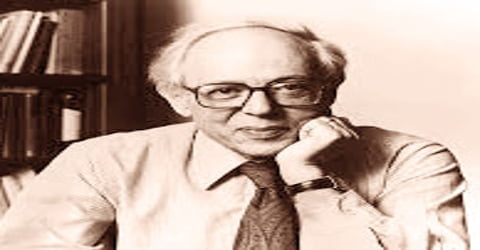 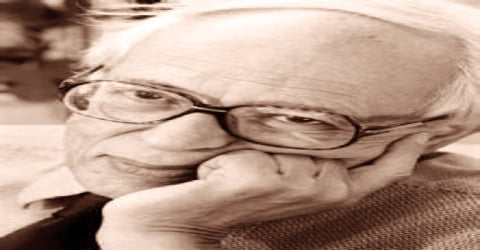 A Dutch-born American physicist and science historian, Abraham Pais was born on May 19, 1918, in Amsterdam, Netherlands, the first child of middle-class Dutch Jewish parents. He was a prominent theoretical physicist who in later life wrote widely acclaimed biographies of Albert Einstein and Niels Bohr. Pais earned his Ph.D. from the University of Utrecht just prior to a Nazi ban on Jewish participation in Dutch universities during World War II. When the Nazis began the forced relocation of Dutch Jews, he went into hiding but was later arrested and saved only by the end of the war.

Pais was interested in languages and learned English, French, and German in high school. It was during his college days that he was drawn to exact sciences and later went on to pursue his doctorate in theoretical physics. Being Jewish, Pais and his family faced grave dangers during World War II but he and his parents survived the war with the help of some non-Jewish friends. His sister Annie was killed in the concentration camps. Working with the likes of Niels Bohr and Albert Einstein, after the war, he had an enriching experience. His theories on ‘associated production’ and composition of the subatomic particle ‘Kaon’ were pioneering works in nuclear physics. His books on the history of modern physics were famous among the patrons of science all over the world. Albert Einstein’s biography written by this prominent science historian is considered one of his best works. He continued to work even after retiring as a Professor Emeritus from the Rockefeller University. In his memory, the American Physical Society has been awarding ‘Abraham Pais Prize for History of Physics’ since 2005.

Pais wrote books documenting the lives of these two great physicists and the contributions they and others made to modern physics. He was a physics professor at Rockefeller University until his retirement. 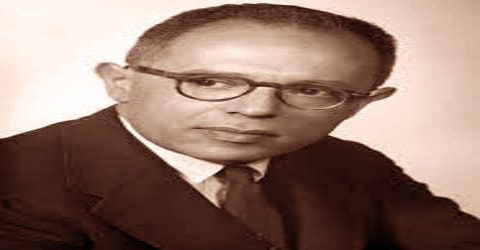 A Dutch-American physicist and science historian, Abraham Pais was the eldest child born to his Jewish parents Isaiah Jacques Pais and Kaatje Cato van Kleeff in Amsterdam on May 19, 1918. Isaiah and Kleeff had met each other during their training for teaching in elementary school. Kleeff left her job after their marriage. His only sibling, Annie, was born on November 1, 1920. During Pais’s childhood, his father was an elementary schoolmaster, headmaster, and later the headmaster of the Sephardic Hebrew school.

Pais was a bright student and a voracious reader during his early education and said he had a happy childhood and felt integrated in Dutch society. He completed elementary education to enroll in a burgher school at the age of 12. He passed his exams with stellar grades to top the school. He started pursuing his higher studies from the ‘University of Amsterdam’ in 1935. His rendezvous with Professor George Uhlenbeck during some guest lectures at the university marked the beginning of Pais’s tryst with particle physics.

In the winter of 1936/1937, his career goals were defined by two guest lectures by George Uhlenbeck, professor of theoretical physics at the University of Utrecht. Pais was fascinated by Uhlenbeck’s discussion of Enrico Fermi’s incorporation of the neutrino into the theory of beta radiation.

Pais graduated from the university with two B.S. degrees in mathematics and science in 1938. Maintaining correspondence with Uhlenbeck, he enrolled in the ‘University of Utrecht’ in the same year to pursue graduate studies. Pais successfully passed the examination for his master’s degree on April 22, 1940. Pais earned a Ph.D. in physics from the University of Amsterdam in 1941.

Abraham Pais was married to Jeanne who was arrested along with him by the Gestapo during World War II. Later he got married to Lila Lee Atwil. Ida Nicolaisen was his third wife, with whom he spent the last days of his life. Abraham’s son Josh Pais is a Hollywood actor.

During his student years, Abraham Pais had been involved in the Zionist movement, through which he became acquainted with Trusha (Tirtsah) van Amerongen and Tina (Tineke) Strobos, and developed a close friendship with these two women and their families. 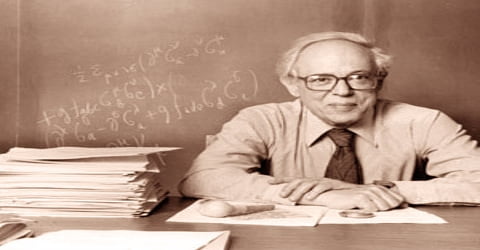 In 1939, Pais was guided and mentored by physicists Leonard Salomon Ornstein and Hendrik Anthony Kramers. Through Leon Rosenfeld, who was visiting Utrecht to deliver a seminar, he came to know about the ‘Meson theory’ of nuclear forces. For his doctoral degree, he worked under Rosenfeld, who was appointed Uhlenbeck’s successor at the ‘University of Utrecht’ in 1940, after clearing his examinations for the master’s degree. As an assistant professor, he based his thesis on the works of Rosenfeld and Moller, who studied the probability of disintegration of the highly stable nucleus of deuterium upon being bombarded by energetic photons.

The Germans began to gradually restrict the activities of the Dutch Jews and in early 1942 required them to wear yellow stars. At first, Pais felt safe because his former university status exempted him from being sent to a labor camp. In early 1943, however, the Dutch secretary general of internal affairs, Frederiks, made arrangements for the university Jews to report to Barneveld for their own safety, where they would be housed in a chateau. Pais did not trust that and instead went into hiding. Those who reported to Barneveld were later sent to the Theresienstadt concentration camp where most of them did survive.

A Jew, Pais was forced into hiding after Germany overtook The Netherlands during World War II and was briefly imprisoned in 1945. After the war Pais worked at the Institute of Theoretical Physics, Copenhagen, where he was an assistant to Bohr; later he was recruited to work at the Institute for Advanced Study, Princeton, N.J., where he met Einstein. Pais’s work involved studying the behavior of subatomic particles.

In the course of his hiding, Pais kept in touch with the scientific community through visits at his hiding place by Hendrik Anthony Kramers and Lambertus Broer. Jeanne and Trusha had blond hair and blue eyes and ventured out in public as non-Jews, while Lion and Pais hid in the apartment. In March 1945, however, they were betrayed and all four were arrested. The same week the Americans had crossed the Rhine and cut the rail lines, making impossible their transfer to a concentration camp. The women were soon released. After a month of interrogation by the Gestapo, Pais was released several days before the end of the war. Nordheim was executed ten days before the end of the war.

After the war, in 1946, Pais worked under Niels Bohr at the ‘Institute of Theoretical Physics’ in Copenhagen. He assisted Bohr in the latter’s research for over a year. The ‘Institute for Advanced Studies’ at ‘Princeton University’ in New Jersey offered Pais a fellowship, in 1947, which he accepted. It was here that he met Albert Einstein, whose biography he later authored.

In 1949 Pais became the corresponding member of the Royal Netherlands Academy of Arts and Sciences. For the next 25 years, he worked on elementary particle theory with a primary interest in quantum field theory and symmetry. The technical contributions for which he is recognized include a precise definition of G-parity with Res Jost and his treatment of SU(6) symmetry breaking.

In 1951, this budding physicist became a professor at ‘Princeton’, where he studied the behavior of subatomic particles. Pais explained a phenomenon, where certain particles, which are created rapidly in pairs have a relatively slow rate of decay in isolation. The process was designated as ‘Associated Production’. Apart from that, one of his contribution to particle physics was the theory he propounded along with physicist Murray Gell-Mann, in relation to the composition of the sub-atomic particle ‘Kaon’, and the property of particles called ‘strangeness’.

In 1952 Pais explained a process he termed “associated production,” by which certain particles are produced rapidly but decay slowly, and in 1955, with colleague Murray Gell-Mann, he published a theoretical paper on the laws of quantum mechanics that led physicists, James Cronin and Val Fitch, to conduct experiments in 1964 that won them a Nobel Prize. Pais joined the faculty of Rockefeller University, New York City, in 1963; he was appointed professor emeritus at the university in 1988.

In 1963, Pais has appointed the head of theoretical physics department at the ‘Rockefeller University’. He retired from the university as ‘Detlov W. Bronk Professor Emeritus’ after serving there for a quarter of a century. Having an interest in the language since school days and being an avid reader, he started chronicling the works on modern physics, during the latter part of the 1970s.

In 1991, Pais also came out with a book on the life and works of Niels Bohr. This work, titled ‘Niels Bohr’s Times: In Physics, Philosophy, and Polity’ was published by the ‘Oxford University Press’. The sequel to his first book on Einstein, titled ‘Einstein Lived Here (Clarendon Press/Oxford University Press, 1994)’, was published in the year 1994. He also penned his autobiography ‘A Tale of Two Continents: A Physicist’s Life in a Turbulent World’ in 1997. Abraham has described the story from different perspectives.

In 1995 Pais teamed with Laurie M. Brown and Sir Brian Pippard to compile a three-volume reference collection of articles portraying the scientific and cultural development of modern physics in Twentieth-Century Physics (American Institute of Physics and the Institute of Physics, U.K., 1995). That same year Rockefeller University awarded him the Lewis Thomas Prize for Writing about Science. A Tale of Two Continents: A physicist’s life in a turbulent world (Princeton University Press, 1997) was his autobiography. It refers to the ‘esemplastic power of the imagination’. Pais was working on a biography of Robert Oppenheimer at the time of his death. It was finished by Robert P. Crease and published posthumously as J. Robert Oppenheimer: A life (Oxford University Press, 2006). It is the most complete biography of Oppenheimer to date.

During his lifetime Pais authored the biographies of many physicists he had a chance to work with or develop acquaintance and later brought out a compilation titled ‘The Genius of Science: A Portrait Gallery’. The book which was published in 2000 contains biographies on seventeen noted physicists. After his retirement, Pais and his third wife Ida Nicolaisen spent half their time in Denmark where he worked at the Niels Bohr Institute.

In 1976, Abraham Pais was honored with the ‘Robert Oppenheimer Memorial Prize’ for his contribution to particle physics.

The ‘Rockefeller University’ presented him the ‘Lewis Thomas Prize’ for his writings on the scientific community in 1995.

Abraham Pais died of heart failure on July 28, 2000, at Copenhagen, Denmark, at the age of 82. In his last days, he was working on a biography of Robert Oppenheimer.

Pais is known for his works on particle physics. The theory on ‘associated production’ and composition of Kaon particles are his major contribution to the field of nuclear physics. His biography on Albert Einstein ‘Lord is Subtle’ is acclaimed as one of the finest biographies of a scientist ever written. The book even won the ‘US National Book Award’.

His biography of Einstein, entitled Subtle Is the Lord and considered by some critics to be the best biography of the scientist ever written, appeared in 1982. His book on Bohr, Niels Bohr’s Times: In Physics, Philosophy, and Polity, was published in 1991. Among Pais’s other works were Einstein Lived Here: Essays for the Layman (1994), A Tale of Two Continents: A Physicist’s Life in a Turbulent World (1997), and The Genius of Science: A Portrait Gallery of Twentieth-Century Physicists (2000).