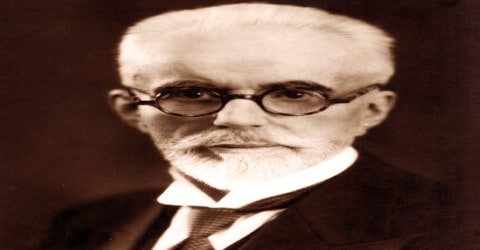 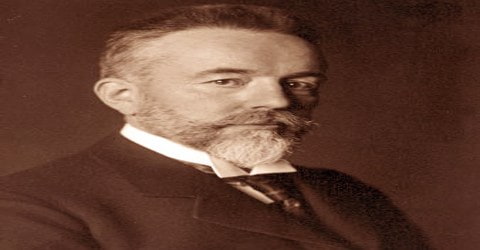 A Slovak engineer, physicist, and inventor, who was a pioneer in the area of technical thermodynamics and its applications, Aurel Stodola was born on 10th May 1859, his place of birth was Liptovsky Mikulas in Slovakia. He published his book Die Dampfturbine (the steam turbine) in 1903. In addition to the thermodynamic issues involved in turbine design, the book discussed aspects of fluid flow, vibration, stress analysis of plates, shells and rotating discs and stress concentrations at holes and fillets. He originated the study of thermodynamics and produced significant work in a number of scientific fields.

Stodola was a professor at the Institute of Technology in Zurich for nearly half of his lifetime and was consulted for input on developing the gas turbine. During his tenure, he educated and influenced hundreds of engineers, including some of the greatest scientific minds of our age. During the First World War, he came across a surgeon that he collaborated with to help the injured soldiers returning from war. He invented the first heat pump in 1928, which still serves as the primary source of heat generation for Geneva, Switzerland’s city hall. As the father of steam turbines, he published a highly regarded manual that was eventually translated into several languages and is still used as a resource today.

In 1892, Stodola founded the Laboratory for Energy Conversion. He constantly pursued new knowledge in a vast array of technical sciences, was given honorary doctorates by four universities, earned many awards and was an adviser to the Academy of Sciences in France. The Institute of Technology in Zurich declared 2009 the “Year of Aurel Stodola” and asteroid ‘3981 Stodola’ was named in his honor. He was a Corresponding member of French Academy of Sciences and he received the James Watt International Medal in 1941. 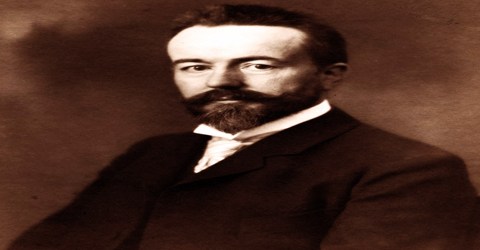 Aurel Stodola, in full Aurel Boleslav Stodola, was born on 10th May 1859, in Vrbica-Hušták (now a part of Liptovský Mikuláš), in the Kingdom of Hungary (now in Slovakia). His father was Andreas Stodola and mother Anna Kovac. His father was a leather manufacturer. Kornel and Emil were his brothers. They grew up to be quite successful politicians.

Stodola was baptized as Aurel Bohuslav, but he used just name Aurel. He was baptized by the famous person of the Slovak emancipation movement, Protestant priest, poet, linguist, and representative of the Slovak national movement in 1840s Michal Miloslav Hodža.

Aurel Stodola went to secondary school in Levoca before graduating from a government school in Kosice. He attended several educational institutions between the years of 1876 and 1880, including the Budapest Technical University and the University of Zurich, before earning a degree at the Swiss Federal Institute of Technology in mechanical engineering. He completed his degree in Mechanical Engineering, in 1881.

After graduation, Stodola went to work in a factory in Budapest for seven months. In 1882/1883, he attended The TH Charlottenburg (Royal Technical Higher School of Charlottenburg) in Berlin. After this, he did volunteering in a technical studio in Paris. Stodola wanted to improve his skills and French, as well. It was important for his future career in Switzerland. After this trip, he began to work in Prague as an engineer. He improved his practical engineering and soon became the main engineer.

In 1887, Aurel Stodola married Darina Palka. Together they had two daughters. 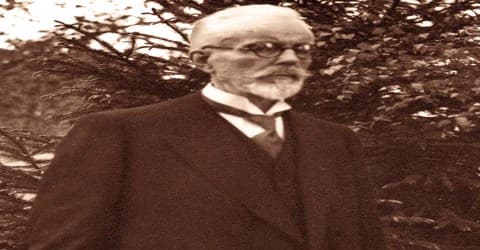 Aurel Stodola’s first technical experience came under the employment of the Hungarian State Railway. During 1883 he helped rebuild his father’s tannery which had been destroyed in a fire. Stodola later worked at Ruston and Company located in Prague. He served the company from 1884 to 1892. During this period he designed water turbines, steam, and compressors. To further his education, Stodola attended the Charlottenburg Technical University and Paris’ Sorbonne.

Aurel Stodola was appointed Professor of Machine Construction by the Polytechnikum in Zürich, in 1892. He worked and taught at Polytechnikum until his retirement in 1929. He gave his first lecture on 23rd October 1892. Stodola provided stimuly in the development of the curriculum and the construction of the first machine laboratory (now Laboratory for Energy Conversion). It was opened in 1900. He was invited as an evaluator to The Exposition Universelle in Paris, during the same year. He was awarded Swiss citizenship in 1905.

Along his career journey, Aurel Stodola met with Dr. Ferdinand Sauerbruch. He was a surgeon. The two put together their efforts and came up with an artificial hand. This project was of great help to World War I victims. This is especially those who lost their hands fighting in the war. Even As a retired man Stodola acted as a consultant in the field of engineering.

One of his major textbooks ‘Die Dampfturbine’ (the Steam Turbine) was first published, in 1903. This was translated into several languages and formed a groundbreaking basis for the construction of thermal turbo-machinery. The Law of the Ellipse, or Stodola’s cone law, provides a method for calculating the highly nonlinear dependence of extraction pressures with a flow for a multistage turbine with high backpressure when the turbine nozzles are not choked. It is important in turbine off-design calculations.

Aurel Stodola also did pioneer work in the flow of steam through Laval nozzles. The possibility of supersonic flow in divergent nozzles was then still a matter of controversy. In careful experiments, Stodola studied the conditions under which supersonic flow does occur and obtained results that for the first time could be reconciled with theoretical predictions. Through this line of inquiry, he also became one of the first to investigate shock waves.

Between the years 1915-1916, Stodola partnered with Dr. Ferdinand Sauerbruch to develop an artificial hand which led to improvements on other prosthetic limbs. This collaboration was inspired by a large number of veterans returning from service in World War I as amputees.

His book Steam and Gas Turbines was cited by Soviet rocket scientist Fridrikh Tsander in the 1920s. Published in English in 1927 and reprinted many times up to 1945, it was a basic reference for engineers working on the first generation of jet propulsion engines in the United States. Stodola worked closely with industries on the development of the first practical gas turbines, in particular, Brown, Boveri & Cie, who built the first gas turbine-powered electric generator in 1939. Even after his retirement, he served as a consultant on the development of the internal combustion engine.

Aurel Stodola helped in funding some of the renowned and influential institutions. He began with Zurich Institute of Technology in 1924. The money raised was to help facilitate studies in his alma mater and research work. He later funded the Albert Schweitzer Hospital. This was a hospital in Gabon, Africa. At the moment this hospital is known to lead in coming up with a cure for Malaria. Till the time of his death, Stodola influenced many scientists. A particular Albert Einstein great scientists became a lifetime friend to him.

Aurel Stodola was awarded the Grashof Commemorative Medal for his work in engineering research, in 1908.

Aurel Stodola passed away on 25th December 1942 in Zurich and his remains were moved to his birthplace in 1989.

During his lifetime Aurel Stodola’s reputation was very great. In the technical sense his role is best described by saying that during the decades of the main growth of the steam turbine, he was the leading authority on that machine. He also had remarkable personal charm. The importance of his accomplishments, the broad range of his learning, his friendly but aristocratic personality, and his ascetic appearance made him seem the embodiment of the central European ideal of a professor; the loyalty of his friends (among them Einstein) and disciples was extraordinary; and the eulogistic writing devoted to him is not only remarkable in quantity but also uncommonly persuasive.

Aurel Stodola first published his most crucial work, Steam and Gas Turbines, in 1903. He would add and revise the manuscript repeatedly. The first edition numbered 220 pages but by the time it had reached the fifth edition, it numbered over 1,100 pages. He published ‘Thoughts on a Worldview from an Engineering Standpoint’, a commentary on scientific social responsibility, in 1931. He influenced hundreds of scientists during his lifetime, including Albert Einstein, with whom he maintained friendship until the time of his death.

An award was set up to honor this Slovak engineer. This was by The Zurich Institute of Technology, an institution he served for almost his entire career.