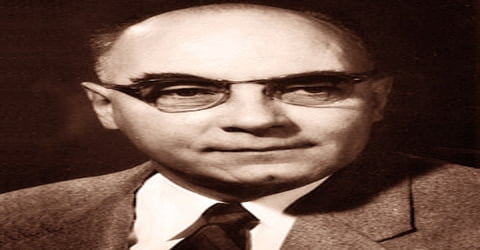 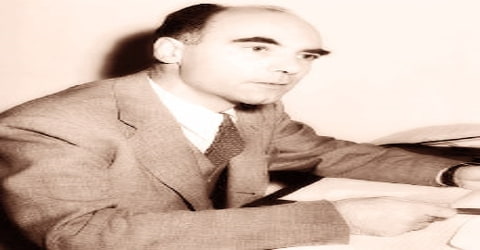 An American physicist who, with Victor Francis Hess of Austria, won the Nobel Prize for Physics in 1936 for his discovery of the positron, or positive electron, the first known particle of antimatter, Carl David Anderson was born on September 3, 1905, in New York City, New York, U.S. Anderson opened up the entire field of particle physics, the study of the atom, the smallest unit of matter.

Born to Swedish immigrant parents, Anderson showed a knack for science from an early age. After completing his preliminary education, he enrolled at the California Institute of Technology for higher studies. His association with the institution remained life-long as first he earned his academic degrees from the same and later continued his research work at it. It was during his academic and research career at Caltech that he began his cosmic ray studies which eventually led to the discovery of positron. The discovery was important for the advancement of physics as positron became the first antimatter to be discovered. Later on, he carried out further research that led to the discovery of muon, a subatomic particle. For his discovery of positron, he was conferred with the Nobel Prize in Physics in 1936. Additionally, he was honored with several other scientific awards as well. 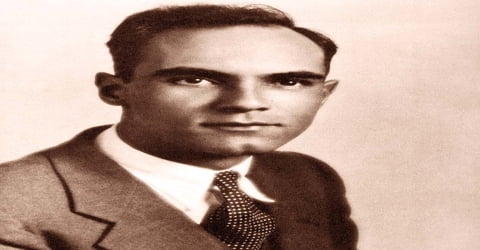 In 1924 Anderson entered the California Institute of Technology (Cal Tech), with which he would remain associated throughout his life. In 1927 Anderson received his bachelor’s degree. He then continued his education in graduate school on a research grant, centering his graduate work on physics and mathematics. Three years later, he was awarded a Ph.D. degree. He completed his thesis on the space distribution of photoelectrons ejected from various gases by X-rays.

In 1946, age 40, Carl David Anderson married Lorraine Bergman. She had been married previously and her son Marshall, who was three, moved into the new family home. Anderson adopted him. Marshall became a mathematician. The couple had a son of their own, David, who became a physicist. Lorraine passed away in 1984. 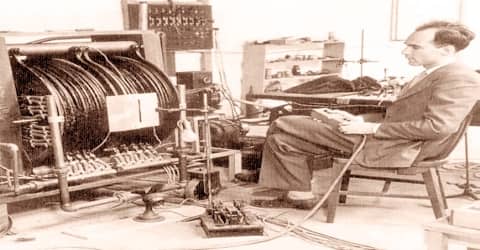 Carl David Anderson received his Ph.D. in 1930 from the California Institute of Technology, Pasadena, where he worked with physicist Robert Andrews Millikan. Having studied X-ray photoelectrons (electrons ejected from atoms by interaction with high-energy photons) since 1927, he began research in 1930 on gamma rays and cosmic rays. While studying cloud-chamber photographs of cosmic rays, Anderson found a number of tracks whose orientation suggested that they were caused by positively charged particles but particles too small to be protons.

This discovery announced in 1932 and later confirmed by others, validated Paul Dirac’s theoretical prediction of the existence of the positron. Anderson first detected the particles in cosmic rays. He then produced more conclusive proof by shooting gamma rays produced by the natural radioactive nuclide ThC” (208Tl) into other materials, resulting in the creation of positron-electron pairs. For this work, Anderson shared the 1936 Nobel Prize in Physics with Victor Hess. Fifty years later, Anderson acknowledged that his discovery was inspired by the work of his Caltech classmate Chung-Yao Chao, whose research formed the foundation from which much of Anderson’s work developed but was not credited at the time.

In 1936 Anderson made a second important experimental discovery: the existence of a charged particle in cosmic radiation (rays from the sun) with a mass (an amount of matter) of about 200 electron masses, or of about one-tenth the mass of a proton. Anderson named these particles mesotrons (later shortened to mesons). He believed them to be identical to the nuclear particle H. Yukawa (1907-1981) had theoretically predicted less than two years earlier. It was later realized, however, that Anderson’s meson is actually the mu meson (or muon), and Yukawa’s meson is actually the pi meson (or pion). After World War II (1939-45) Anderson continued to develop the field of particle physics, which his groundbreaking 1932 discovery had opened up for research. 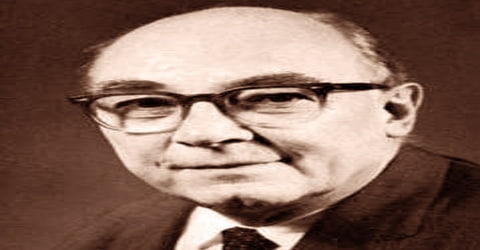 Also in 1936, Anderson and his first graduate student, Seth Neddermeyer, discovered the muon (or ‘mu-meson’, as it was known for many years), a subatomic particle 207 times more massive than the electron, but with the same negative electric charge and spin 1/2 as the electron, again in cosmic rays. Anderson and Neddermeyer at first believed that they had seen the pion, a particle which Hideki Yukawa had postulated in his theory of the strong interaction. The muon was the first of a long list of subatomic particles whose discovery initially baffled theoreticians who could not make the confusing “zoo” fit into some tidy conceptual scheme. Willis Lamb, in his 1955 Nobel Prize Lecture, joked that he had heard it said that “the finder of a new elementary particle used to be rewarded by a Nobel Prize, but such a discovery now ought to be punished by a 10,000 dollar fine.”

Till the end of his life, Anderson continued his research work on radiation and fundamental particles. Most of his discoveries have been published in ‘Physical Review’ and ‘Science’.

In 1936, Carl David Anderson was awarded Nobel Prize for his discovery of the positron. He shared the same with Victor Franz Hess, who too had made an important discovery in cosmic radiation.

In 1945, Anderson was conferred with the prestigious Presidential Certificate of Merit. He was elected as a Fellow of the American Academy of Arts and Sciences in 1950.

Carl David Anderson died on January 11, 1991, and his remains were interred in the Forest Lawn, Hollywood Hills Cemetery in Los Angeles, California.

Anderson spent all of his academic and research career at Caltech. During World War II, he conducted research in rocketry there. He was elected a Fellow of the American Academy of Arts and Sciences in 1950. Anderson received several honorary doctoral degrees and became a member of the National Academy of Sciences.