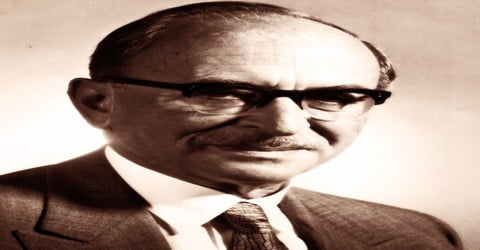 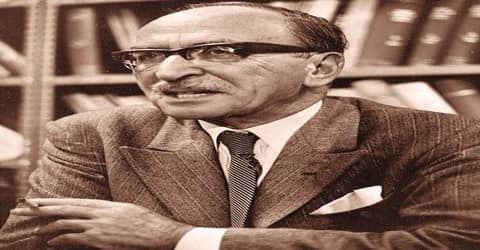 A Hungarian-born British electrical engineer and physicist, best known for inventing holography, a system of lensless, three-dimensional photography that has many applications, Dennis Gabor was born on the 5 June 1900 in Budapest, Hungary to Günszberg Bernát and Jakobovits Adél. Gabor received the prestigious Nobel Prize in Physics, in 1971 “for his invention and development of the holographic method”.

Dennis Gabor started his career as a research engineer for the firm ‘Siemens & Halske AG’ in Berlin but within a few years had to escape Nazi Germany because of his Jewish ancestry. He reached England where he joined the Thomson-Houston Company in Rugby and later became a British citizen. In 1947, he conjured up the concept of holography and by using conventional filtered-light sources, developed the basic technique. In 1949, he became a faculty member of the Imperial College of Science and Technology, London and within a couple of years, became a professor of Applied Electron Physics. His other notable work included research on physical optics, communication theory, high-speed oscilloscopes, and television. Apart from winning the Nobel Prize, he received more than 100 patents for his work. His most celebrated work remains the holography, which became commercially feasible after the advent of the laser in 1960. He is fondly referred to as the ‘Father of Holography’. 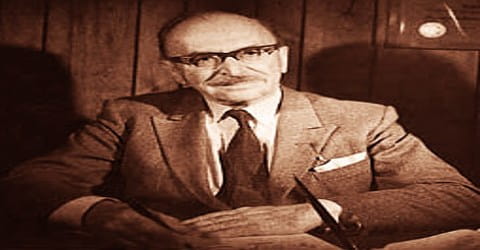 Dennis Gabor (/ˈɡɑːbɔːr/); Hungarian: Gábor Dénes), was born on 5th June 1900, in Budapest, Hungary. He was the oldest son of Günszberg Bernát and Jakobovits Adél. In 1902, the family changed their surname from Günszberg to Gábor. His family was originally Jewish but in 1918, they converted to Lutheranism. His father was the director of a mining company.

However, physics had always been his favorite subject. Gabor obtained a Diploma, in 1924. He also received the doctorate degree in Engineering in 1927, submitting a thesis on the development of one of the first high-speed cathode ray oscillographs.

Dennis Gabor met his future wife, Marjorie Louise Butler when he was in Rugby, Warwickshire. The couple married in 1936. They did not have any children.

In 1927, Dennis Gabor eventually wrote his Ph.D. thesis on ‘Recording of Transients in Electric Circuits with the Cathode Ray Oscillograph’ and worked on plasma lamps. At the beginning of his career, Gabor developed an interest in electron optics and examined the properties of high voltage electric transmission lines, by using cathode-beam oscillographs. He gradually analyzed other electron-beam devices such as electron microscopes and TV tubes. 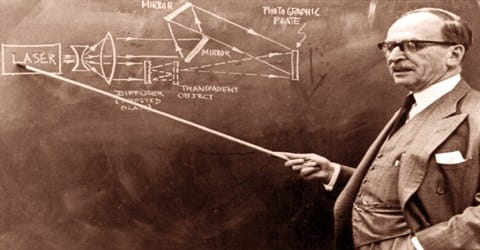 In 1933, Gabor fled Nazi Germany and worked with the Thomson-Houston Company in England, later becoming a British subject. He became a British citizen in 1946. He conceived the idea of holography and, by employing conventional filtered-light sources, developed the basic technique, in 1947. Because conventional light sources generally provided either too little light or light that was too diffuse, holography did not become commercially feasible until the demonstration, in 1960, of the laser, which amplifies the intensity of light waves.

Gabor’s research focused on electron inputs and outputs, which led him to the invention of re-holography. The basic idea was that for perfect optical imaging, the total of all the information has to be used; not only the amplitude, as in usual optical imaging but also the phase. In this manner, a complete holo-spatial picture can be obtained. Gabor published his theories of re-holography in a series of papers between 1946 and 1951. After a while, he also investigated the mechanism of communication among human beings and developed the theory of granular synthesis which later became the foundation of time-frequency analysis.

During 1948 Gabor developed a system of stereoscopic cinematography and carried out essential experiments in holography. In 1960 the laser was invented, and this enabled holography to build and become commercially viable. Gabor was awarded the Nobel Prize in Physics in 1971 for his invention and the development of holography.

Gabor became a faculty member of Imperial College London, in 1948. In 1958 he became a professor of Applied Physics until his retirement in 1967. His inaugural lecture on 3rd March 1959, ‘Electronic Inventions and their Impact on Civilisation’ provided inspiration for Norbert Wiener’s treatment of self-reproducing machines in the penultimate chapter in the 1961 edition of his book Cybernetics. Ten years later, he was made a professor of Applied Electron Physics and continued in the position till his retirement in 1967.

Gabor published the book ‘Inventing the Future’ in 1963, which discussed the three major threats Gabor saw to modern society: war, overpopulation and the Age of Leisure. The book contained the now well-known expression that “the future cannot be predicted, but futures can be invented.” His next book, ‘Innovations: scientific, technological, and social’ was published in 1970, and revealed his interest in technological innovation as a means to both liberation and destruction.

Gabor received the prestigious Nobel Prize in Physics “for his invention and development of the holographic method”, in 1971. In his Nobel lecture, he presented the history of the development of holography from 1948. Post-retirement, Gabor spent much of his time in Italy. He continued to be associated with Imperial College London as a Senior Research Fellow and also became a Staff Scientist at CBS Laboratories, in Stamford, Connecticut.

In 1972, Dennis Gabor developed an interest in social analysis and published The Mature Society: a view of the future. He also joined the Club of Rome and supervised a working group studying energy sources and technical change. The findings of this group were published in the report ‘Beyond the Age of Waste’ in 1978, a report which was an early warning of several issues that only later received widespread attention. Following the rapid development of lasers and a wide variety of holographic applications (e.g., art, information storage, and the recognition of patterns), Gabor achieved acknowledged success and worldwide attention during his lifetime.

In 1956, Dennis Gabor became a fellow of the Royal Society. An honorary member of the Hungarian Academy of Sciences (1964 D.Sc. Univ. of London), The Young Medal and Prize (1964) and the International Institute for Communications in Genoa awarded him the Columbus Award (1964).

In 1968, Gabor won the first Albert A. Michelson Medal from The Franklin Institute, Philadelphia, followed by the Rumford Medal from the Royal Society.

In 1970, Gabor got an Honorary Doctorate from the University of Southampton, won the Medal of Honour from the Institute of Electrical and Electronics Engineers, and received the Commander of the Order of the British Empire (CBE).

Dennis Gabor won the famed Nobel Prize in Physics, for his invention and development of holography, in 1971. The same year, he received an Honorary Doctorate from the Delft University of Technology. The next year, he won the Holweck Prize of the Société Française de Physique.

Although by profession Dennis Gabor was an electrical engineer, he worked mostly in applied physics. He made his first successful invention, in 1927; the high-pressure quartz mercury lamp, which thereafter has been used in millions of street lamps. Gabor experimented with the idea of holography and by using conventional filtered-light sources, developed the basic technique, in 1947. His other work included research on high-speed oscilloscopes, communication theory, physical optics, and television. Gabor was awarded more than 100 patents.

Awards presented in his honor include the International Dennis Gabor Award given by the Hungarian Academy of Sciences to promising young scientists and the Gabor Medal presented by Royal Society of London. Between 1928 and 1971 Gabor filed sixty-two patients.