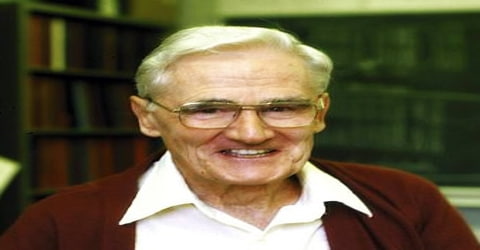 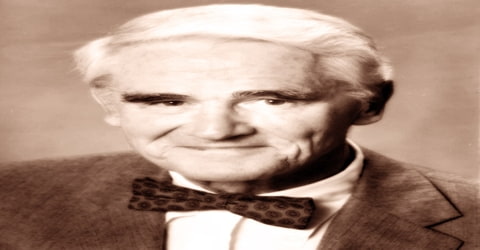 An American chemist who, along with Charles J. Pedersen and Jean-Marie Lehn, was awarded the 1987 Nobel Prize for Chemistry for his creation of molecules that mimic the chemical behaviour of molecules found in living systems, Donald J. Cram was born on April 22, 1919, and raised in Chester, Vermont, U.S. to a Scottish immigrant father, and a German immigrant mother.

Cram received his B.S. degree in Chemistry from the Rollins College in Florida followed by an M.S. degree in Organic Chemistry from the University of Nebraska. In 1947, he received his Ph.D. degree from Harvard University and after spending three months as a postdoctoral scholar at Massachusetts Institute of Technology, he joined the faculty of the University of California at Los Angeles to become a full Professor by 1956. For over forty years, he taught more than 12,000 undergraduates, supervised nearly 120 doctoral and 100 postdoctoral students, and published more than 400 papers and eight books. Alongside his distinguished academic career, he remained committed to chemical research till the very end. He invented the ‘Cram’s Rule’ which provided a methodology for calculating the result of a nucleophilic attack of carbonyl compounds. He also expanded upon Pedersen’s innovative synthesis of ‘crown ethers’ and built a range of differently shaped molecules that could attach selective atoms to themselves owing to their corresponding three-dimensional structure. 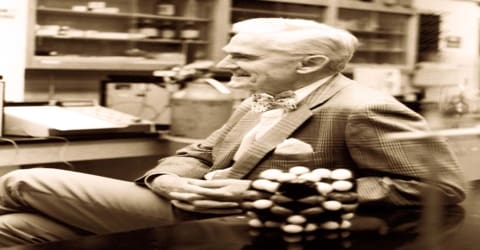 An eminent American chemist, Donald J. Cram, in full Donald James Cram, was born on 22 April 1919, in Chester, Vermont, the U.S. to a Scottish immigrant father, William, and a German émigré mother, Joanna. Before his birth, his parents had migrated from Ontario, Canada to rural Chester. They already had three daughters and he was their fourth born and the only male child. His mother, Joanna, was a lively person with a rebel streak since childhood. William, on the other hand, was a romantic cavalry officer who later worked as a successful lawyer. Unfortunately, he died of pneumonia before young Cram’s fourth birthday. As a result, his mother was left all alone to raise the four children.

Cram grew up on Aid to Dependent Children and learned to work at an early age, doing jobs such as picking fruit, tossing newspapers, and painting houses, while bartering for piano lessons. By the time he turned eighteen, he had worked at least eighteen different jobs. He attended the Winwood High School in Long Island, N.Y. From 1938 to 1941, he attended Rollins College, in Winter Park, Florida on a national honorary scholarship, where he worked as an assistant in the chemistry department and was active in theater, chapel choir, Lambda Chi Alpha, Phi Society, and Zeta Alpha Epsilon. It was at Rollins that he became known for building his own chemistry equipment.

Cram graduated with a B.S. in Chemistry in 1941 and decided to pursue an academic research career in chemistry. In 1942, he graduated from the University of Nebraska with an M.S. in Organic Chemistry, under the supervision of Dr. Norman O. Cromwell. His subject was “Amino ketones, mechanism studies of the reactions of heterocyclic secondary amines with -bromo-, -unsaturated ketones.”

In 1947, Cram graduated from Harvard University with a Ph.D. in organic chemistry, with Louis Fieser, serving as the adviser on his dissertation on “Syntheses and reactions of 2-(ketoalkyl)-3-hydroxy-1,4-naphthoquinones”.

Donald J. Cram was married twice. His first wife was Rollins classmate, Jean Turner, who also graduated in 1941, and went on to receive a master’s degree in social work from Columbia University. His second wife, Dr. Jane Maxwell, is a former Professor of Chemistry at Mt. Holyoke College.

Cram once admitted that his career wasn’t without sacrifice. Cram chose not to have any children, “because I would either be a bad father or a bad scientist.” He was an avid reader and enjoyed reading both classical and modern literature. In his spare time, he enjoyed sports like surfing, tennis, and skiing. He also loved to sing folk songs and play the guitar.

From 1938 to 1941, Donald J. Cram attended Rollins College, in Winter Park, Florida. Apart from regular studies, he worked as an assistant in the chemistry department, participated in theatre and chapel choir, produced a minor radio programme, and even acquired an airplane pilot’s license. During the summers of 1938-1941, he worked for the National Biscuit Company in New York City, initially as a salesman and then as an assessor of cheeses for moisture and fat content. The sales tenure helped him to learn about ethnic groups and big city street-life. At Rollins, he soon became popular for building his own chemistry equipment. 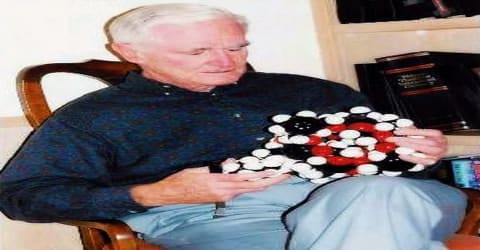 From 1942-1945, Cram worked in chemical research at Merck & Co laboratories, doing penicillin research with mentor Max Tishler. Postdoctoral work was as an American Chemical Society postdoctoral fellow at the Massachusetts Institute of Technology, with John D. Roberts. Cram was the originator of Cram’s rule, which provides a model for predicting the outcome of a nucleophilic attack of carbonyl compounds. He published over 350 research papers and eight books on organic chemistry and taught graduate and post-doctoral students from 21 different countries.

After the war ended in 1945, Dr. Tishler arranged for him to attend Harvard University. Armed with the National Research Council Fellowship, he completed his Ph.D. in Organic Chemistry in 1947. The thesis was done under the supervision of Professor Louis Fieser at Harvard. He was also influenced by Professors Paul D. Bartlett and Robert B. Woodward. After receiving his doctorate degree in 1947, he spent three months at the Massachusetts Institute of Technology as an American Chemical Society postdoctoral fellow, working for Professor John D. Roberts.

Cram amplified and expanded upon Pedersen’s ground-breaking synthesis of the crown ethers basically two-dimensional organic compounds that are able to recognize and selectively combine with the ions of certain metal elements. Cram synthesized molecules that took this chemistry into three dimensions, creating an array of differently shaped molecules that could interact selectively with other chemicals because of their complementary three-dimensional structures. His work represents a large step toward the synthesis of functional laboratory-made mimics of enzymes and other natural molecules whose special chemical behavior is due to their characteristic structure.

Cram was named an assistant professor at the University of California, Los Angeles in 1947, and a professor in 1955. He served there until his retirement in 1987. He was a popular teacher, having instructed some 8,000 undergraduates in his career and guided the academic output of 200 graduate students. He entertained his classes by strumming his guitar and singing folk songs. He showed a self-deprecating style, saying at one time:

An investigator starts research in a new field with faith, a foggy idea, and a few wild experiments. Eventually, the interplay of negative and positive results guides the work. By the time the research is completed, he or she knows how it should have been started and conducted.

As a teacher, Cram was very popular among his students. For over 40 years as a Professor at UCLA, he taught some 12,000 undergraduates, supervised about 120 Ph.D. and 100 postdoctoral students, and published more than 400 papers and eight books.

In 1961, Donald J. Cram was elected to the National Academy of Sciences.

In 1965, Cram received the ACS Award for Creative Work in Synthetic Organic Chemistry. Cram was elected to the American Academy of Arts and Sciences in 1967.

In 1974, Cram received the ACS Cope Award for Distinguished Achievement in Organic Chemistry and was also named California Scientist of the Year.

In 1985, Cram received the Southern California ACS Tolman Award and the Chicago Section ACS Willard Gibbs Medal. Cram was also named the first proprietor of the Saul Winstein Chair in Organic Chemistry at UCLA and won the coveted Roger Adams Award in 1985.

Along with Charles J. Pedersen and Jean-Marie Lehn, Donald J. Cram won the prestigious Nobel Prize for Chemistry in 1987 “for their development and use of molecules with structure-specific interactions of high selectivity”.

Cram made significant contributions to the chemistry of phenonium ions, asymmetric induction, carbanions, paracyclophanes, and the use of stereochemistry for explaining reaction mechanisms. He formulated the ‘Cram’s Rule’ in 1952, which provided a methodology for calculating the result of a nucleophilic attack of carbonyl compounds.

Cram played a significant role in the progress of the Chemistry and Biochemistry Department of UCLA. He was full of life and amused his students by strumming his guitar and singing folk songs. When he won his Nobel Prize, a delegate of the Royal Swedish Academy of Sciences called up to pass on good wishes to him. By mistake, the call went to a California based carpet cleaner also named Donald Cram. As a result, the carpet cleaner got to enjoy his two minutes of fame.