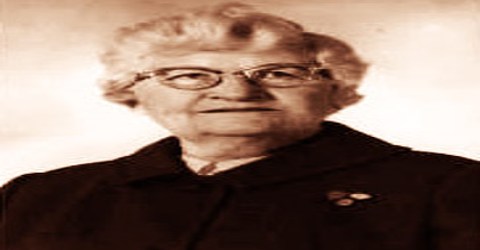 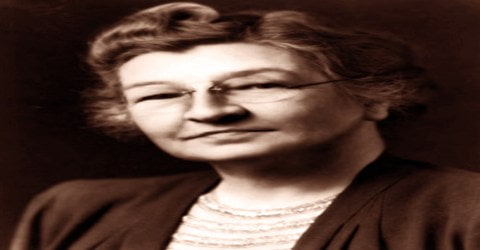 Born into a prosperous family in Maryland in the late 19th century, Edith Clarke was not expected to become a career woman but a wife, mother, and gracious hostess. The determined young woman did not let societal expectations hinder her professional aspirations and went on to become one of the best-known engineers of her era. After studying mathematics and astronomy at Vassar College she embarked on a career as a teacher. While working in this position she realized her true interest in engineering, a field women in the early 20th century seldom ventured into. She spent some time studying civil engineering at the University of Wisconsin-Madison and but left it and proceeded to earn an electrical engineering degree from Massachusetts Institute of Technology (MIT), becoming the first woman to do so.

Being a woman Edith Clarke was unable to find work as an engineer but she persevered and eventually became an electrical engineer in the Central Station Engineering Department of General Electric and achieved considerable success with the company. After leaving GE she joined the faculty of the Electrical Engineering Department at the University of Texas at Austin.

The first female electrical engineer, Edith Clarke was born on 10th February 1883, in Maryland, U.S. as one of nine children in a prosperous family. She received an upbringing typical for girls of her stature where the emphasis was on grooming the young women for marriage and motherhood. Her parents died while she was still young.

Edith Clarke attended Brearley Hall which was a boarding school for girls located in Montgomery County. At the school, she studied Latin, history and English Literature. She also received training in geometry, algebra, and arithmetic which laid the foundation of her future career.

Edith Clarke used her inheritance to pay for her education at Vassar College. At the college, she studied mathematics and astronomy. She graduated with Phi Beta Kappa honors, in 1908. She then spent some time studying civil engineering at the University of Wisconsin-Madison but left to become a “computer” at AT&T in 1912. She computed for George Campbell, who applied mathematical methods to the problems of long-distance electrical transmissions. While at AT&T, she studied electrical engineering at Columbia University by night.

In 1918, Clarke enrolled at the Massachusetts Institute of Technology, and the following year she became the first woman to earn an M.S. in electrical engineering from MIT.

Edith Clarke never got married hence she had no children. 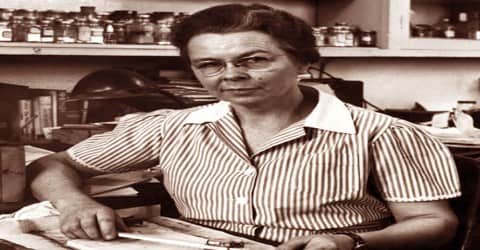 Edith Clarke joined the University of Wisconsin where she studied civil engineering, in 1911. She completed her first year at the University and then took up a job as a computer assistant to AT&T research engineer Dr. George Campbell. She attended night classes at Columbia University while she also performed her duties as a computer assistant. Clarke embarked on a teaching career and she taught mathematics at a private girls’ school in San Francisco for some time before moving on to Marshall College in Huntington. As a teacher, she realized that her true passion was engineering and decided to get a formal education in the field. She enrolled at the Massachusetts Institute of Technology in 1918, and the following year she became the first woman to earn an M.S. in electrical engineering from MIT.

In 1919, upon graduation from MIT, Edith Clarke could not find a job better than her old position at AT&T, which involved supervising a group of “girls” in a computing pool. Instead, she traveled to Constantinople where she spent a year teaching engineering as a visiting professor of physics at the Istanbul Woman’s College in Turkey (1920). When Clarke returned, she was finally hired as an electrical engineer by General Electric (GE). During a career with GE that would span 23 years, she analyzed power transmission problems that were submitted by power companies from across the United States.

In 1921, Edith Clarke invented the Clarke calculator, a simple graphical device that solved equations involving electric current, voltage, and impedance in power transmission lines. The device could solve line equations involving hyperbolic functions ten times faster than previous methods. She filed a patent for the calculator in 1921 and it was granted in 1925.

Edith Clarke became an electrical engineer, in 1922, in the Central Station Engineering Department in GE. In 1923, she published her paper ‘Transmission Line Calculator.’ In 1926, she delivered a paper at the American Institute of Electrical Engineers. In 1925, she patented the Clarke Calculator.

On 8th February 1926, as the first woman to deliver a paper at the American Institute of Electrical Engineers’ annual meeting, she showed the use of hyperbolic functions for calculating the maximum power that a line could carry without instability. Two of her later papers won awards from the AIEE: the Best Regional Paper Prize in 1932 and the Best National Paper Prize in 1941.

In 1940, Edith Clarke was among the only three women members of AIEE, an organization that had a membership of 17,000 (Vivien Kellems and Mabel McFerran Rockwell shared this distinction with Clarke). Destined to be called the “foremost woman engineer in history,” in 1943 Clarke published what would become the major textbook in her field, Circuit Analysis of A-C Power Systems, Symmetrical and Related Components. She obtained a patent for an electric circuit, in 1944.

She was posthumously inducted into the National Inventors Hall of Fame, in 2015.

Edith Clarke died on 29th October 1959, in Olney, Maryland, U.S. She died at the age of seventy-six.