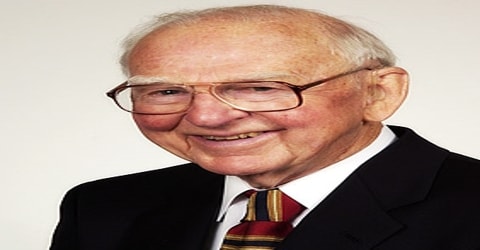 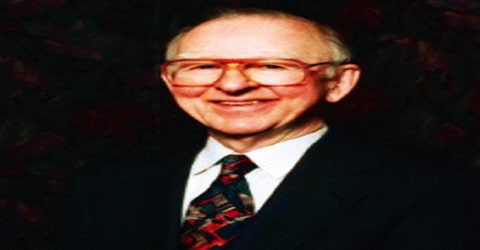 A Nobel Prize-winning American biochemist, Edwin G. Krebs was born on 6th June 1918, to William Carl Krebs and Louisa Helena Stegeman Krebs in Lansing, Iowa, U.S. Edwin Krebs received the Albert Lasker Award for Basic Medical Research and the Louisa Gross Horwitz Prize of Columbia University in 1989 together with Alfred Gilman and, together with his collaborator Edmond H. Fischer, was awarded the Nobel Prize in Physiology or Medicine in 1992 for describing how reversible phosphorylation works as a switch to activate proteins and regulate various cellular processes.

Edwin Krebs collaborated with several other scientists of his time and received prestigious awards several times. His pioneering discovery was showing how phosphorylation is crucial in activating proteins and regulating cellular processes.

Edwin G. Krebs lost his father when he was only fifteen years old and the incident had a sad repercussion on his otherwise happy childhood. He started thinking about what to do with his life even when he was a high school student. Ultimately, he entered the Washington University School of Medicine and earned his medical degrees at the age of twenty-five. After short military service, he was drawn to basic research and joined the University of Washington, Seattle as an Assistant Professor at the Department of Biochemistry. Therewith, Edmond H. Fischer, he began to work on enzymology of phosphorylase and within a short time, discovered a biochemical process called reversible protein phosphorylation, which earned them the coveted Nobel Prize many years later. Later, they worked separately on a different aspect of the process. He was blessed with a keen intellect. His amazing research output earned him an iconic status among his scientific fraternity. He was also a loving mentor to numerous students and postdoctoral fellows. Many of them still remember him as a kind and gentle mentor. 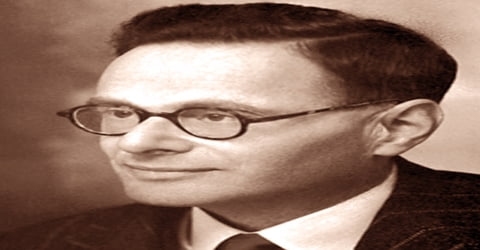 Edwin G. Krebs, in full Edwin Gerhard Krebs, was born in 6th June 1918, in Lansing, Iowa, the U.S. His father, William Carl Krebs, was a Presbyterian minister, while his mother, Louise Helen (Stegeman) Krebs, was a teacher before her marriage. Edwin was third of his parents’ four children. In order to keep Krebs’s two older brothers enrolled at the University of Illinois in Urbana, Louisa Krebs moved the family from Greenville, where Edwin Krebs grew up, to the university town. They lived there till Krebs was 15 years old when his father suddenly died. They then moved to Urbana, Illinois.

Edwin Krebs attended Urbana High School and enrolled at the University of Illinois at Urbana-Champaign in 1936. In his fourth year of study, Krebs had decided to either pursue a higher degree in organic chemistry or study medicine. Receiving a scholarship to attend Washington University School of Medicine in St. Louis, he chose the latter.

In 1940, after receiving his BS degree from University of Illinois, Edwin Krebs entered Washington University School of Medicine in St. Louis on a scholarship. Here, he was not only trained to become a doctor but was also introduced to medical research.

Krebs was quite gifted as a student and impressed his teachers with his insights into chemistry. He chose the field of medicine after being selected for a scholarship from the Washington School of Medicine. While studying at the Washington School of medicine, Krebs got ample opportunities to research the field of medicine and also trained to be a physician.  He graduated in 1943. Following graduation in 1943, he undertook an 18-month residency at Barnes Hospital in St. Louis and then went on active duty as a medical officer in the Navy.

Edwin Krebs was discharged from the Navy in 1946 and was unable to immediately return to hospital work; he was advised to study basic science instead. He chose to study biochemistry and was postdoctoral fellow to Carl and Gerty Cori, working on the interaction of protamine with rabbit muscle phosphorylase. At the completion of his two years’ study, Krebs decided to continue his career as a biochemist.

Edwin G. Krebs met Virginia Deedy French, a student nurse at Washington University while working at the Barnes Hospital. They got married on 10th March 1945. Although she earned her degree, she forsook her career to support her husband and was a constant source of inspiration. They had three children, two girls Sally Herman and Martha Abrego and a boy Robert Krebs. They remained married until his death in 2009.

Edwin G. Krebs was a good student and also liked hiking, fishing, stamp collecting. Sometimes now, he made a ham radio just to keep in touch with a friend who had moved to Chicago. 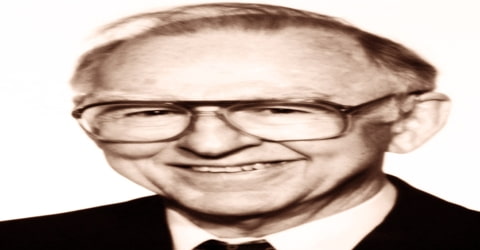 In 1943, after receiving Edwin G. Krebs’s medical degree and completing an eight-month residency in internal medicine at Barnes Hospital in St. Louis, Krebs became a medical officer in the navy, serving in that capacity until 1946. Due to the unavailability of a resident position, and on the advice of one of his professors, Krebs began studying science. Because of his background in chemistry, Krebs chose to work in biochemistry and was accepted by the Coris as a postdoctoral fellow in their laboratory. For two years, while working for the Coris, Krebs studied the interaction of protamine (a basic protein) with rabbit muscle phosphorylase. This work seemed so rewarding to him that he decided to continue his efforts in the field of research, and when in 1948 he was invited by Hans Neurath to join the faculty as an assistant professor in the department of biochemistry at the University of Washington.

By that time Krebs had made up his mind to continue research work. He first started working on DPNH-X, a derivative of NADH. But when in 1953, Edmond H. Fischer arrived at the university ‘the two Eds’ started working on the enzymology of phosphorylase. As the emphasis in the department was on protein chemistry and enzymology, it provided an excellent environment for their work.

During the 1950s Edwin Krebs and Edmond Fischer began investigating the process by which muscle cells obtain energy from glycogen (the form in which the body stores sugar). The Coris had previously demonstrated that cells use an enzyme called phosphorylase to release glucose (the source of energy in cell function) from glycogen. Krebs and Fischer showed that phosphorylase could be converted from an inactive to an active form by the addition of a phosphate group taken from the compound adenosine triphosphate (ATP). The enzymes that catalyze this process are called protein kinases. Krebs and Fischer also showed that phosphorylase is inactivated by the removal of a phosphate group; this process is catalyzed by enzymes called phosphatases. Malfunctions in protein phosphorylation have been implicated in the causation of diseases such as diabetes, cancer, and Alzheimer disease.

Edwin Krebs rejoined the University of Washington as the Chairman of the Department of Pharmacology, in 1977.  His later career was focused more on research-based training, and he mentored a large number of students. His students found him to be an encouraging and loving teacher.  One of the most important contributions that came out of Krebs’ mentorship was the analysis of phosphotyrosine signaling events. Krebs had also co-authored several books on biology. The important ones are: “The Enzymes,” “Protein Phosphorylation” & “Control by Phosphorylation.” 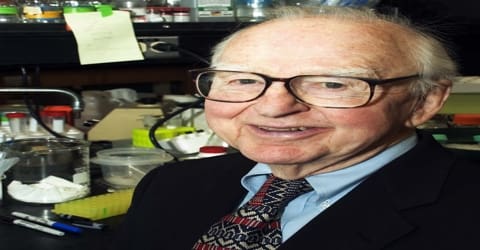 In 1983, after Edwin G. Krebs had rebuilt the department, Krebs refocused on research and training of junior scientists. He now started solving new problems in signal transduction. His team contributed significantly to the analysis of phosphotyrosine signaling events. His findings later helped to discover a new phosphorylation cascade – the MAP kinase pathway. Krebs also had a number of books to his credit. ‘The Enzymes’ (1970, with Paul D. Boyer and D S Sigman), ‘Protein Phosphorylation’ (1981, with Ora M Rosen) and ‘Control by Phosphorylation’ (1986, with Paul D. Boyer) are the most significant of them. Krebs led a very active life until he was almost eighty years old. In 1997, he finally closed his laboratory at the University of Washington. Even after that he attended research seminars on a regular basis and was keenly interested in the latest development in the field.

In 1988 Edwin G. Krebs and Edmond H. Fischer shared the Passano Award for their research, and Krebs was one of four scientists to share the Lasker Award for Basic Medical Research in 1989.

In 1992, Edwin G. Krebs and Edmond H. Fischer were jointly awarded Nobel Prize in Philosophy or Medicine “for their discoveries concerning reversible protein phosphorylation as a biological regulatory mechanism”.

Edwin G. Krebs died in Seattle on 21st December 2009, from heart failure. He was 91 years old. He was survived by his wife, three children, and five grandchildren.

Edwin G. Krebs is best known for his work on reversible protein phosphorylation, a biochemical mechanism that regulates the activities of the cells. He began his studies with Edmond H. Fischer to find out how muscles get their energy from glycogen and what role AMP had in phosphorylation. Besides concentrating his research on protein phosphorylation, Krebs has investigated signal transduction and carbohydrate metabolism. Krebs also was a coeditor of the multivolume works The Enzymes (1970) and Protein Phosphorylation (1981).