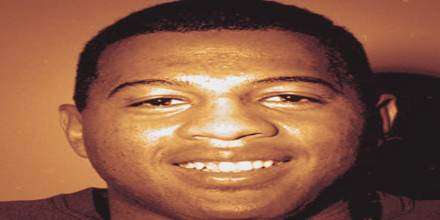 Ernie Davis, byname of Ernest R. Davis, also called the Elmira Express was born on December 14, 1939, in New Salem, Pa., U.S. He was an American collegiate gridiron football player who was the first African American to win the Heisman Trophy.

Davis played college football for Syracuse University before being drafted by the Washington Redskins of the National Football League (NFL) in December 1961, then almost immediately traded to the Cleveland Browns and issued number 45. He was diagnosed with leukemia the following summer and died in 1963 at age 23, without ever playing in a professional game. Davis was inducted into the College Football Hall of Fame in 1979. He is the subject of the 2008 Universal Pictures film The Express, based on the non-fiction book Ernie Davis: The Elmira Express, by Robert C. Gallagher.

A three-time All-American halfback and 1961 Heisman Trophy winner, Ernie Davis led Syracuse University to the national championship as a sophomore and was inducted into the College Football Hall of Fame in 1979. He was the first African-American man to win the Heisman Trophy and to be picked first overall in the NFL draft, but he never played a pro game and died at 23 after contracting leukemia.

As a freshman at Elmira Free Academy, Ernie joined the junior varsity football team, but broke his wrist in the first game and was out for the rest of the season. However, it did not stop him from playing basketball. Having made the varsity team, Davis, with his wrist still in a splint, came off the bench in his first game to score 22 points. He also played first base and pitched for the baseball team. Although baseball was the weakest of his three sports, several professional scouts kept an eye on him.

In 1955, during his sophomore year, Davis played defensive end on the football team, and they went undefeated on the season and won the conference championship. The following year his coach moved him to halfback, and the Blue Devils won another league title. In 1957, Davis’s senior year, they suffered some losses due to a bout of the Asian flu that weakened the team, but Davis earned all-conference for the third consecutive year. In the thirteen games he played in the halfback position, he carried the ball 179 times for 1,314 yards, averaging 7.4 yards per carry, and he scored a school-record 138 career points on 21 touchdowns and 12 place kicks.

Davis was born on December 14, 1939 in New Salem, Pennsylvania. His parents were separated, and his father was killed in an auto accident before Davis was born. From 14 months of age, Ernie was cared for by his maternal grandparents, Willie and Elizabeth Davis, in Uniontown, Pennsylvania. Willie, a coalminer, and Elizabeth Davis already had twelve children but welcomed their young grandson into their home. Davis spent his early years playing sports with his older uncles.

When he was eleven years old, Davis’s mother remarried and summoned her only child to Elmira, New York, to live with her. For Davis, who was quiet and shy, the transition was tough, but his athletic abilities, already apparent at a young age, helped earn him the respect of the kids at the local community center. Also, even in his youth, others noticed the special quality of Davis’s character that radiated sincerity, enthusiasm, and friendliness. He played tackle on Small Fry football for the Superior Buick team. Although he was big for his age, he never delivered punishing blows and often would simply pick the smaller kids up and wait for the whistle to blow rather than slam them to the ground.

Davis played football for coach Ben Schwartzwalder at Syracuse University from 1959 to 1961, and went on to national fame in each of those three seasons, twice winning first-team All-American honors. As a sophomore, Davis led the 1959 Syracuse team to a national championship, capping an 11–0 season with a 23–14 win over the Texas Longhorns in the 1960 Cotton Bowl Classic, where Davis was named Most Valuable Player.

In his junior year, 1960, he set a record of 7.8 yards per carry and was the third leading rusher in the country with 877 yards, having rushed for 100 yards in six of nine games. The 1960 Syracuse Orangemen finished with a record of 7–2 and did not play in a post-season bowl game. In Ernie’s senior year, the 1961 Orangemen finished with a record of 8–3, closing the season with a 15–14 victory over the Miami Hurricanes in the Liberty Bowl, played at Philadelphia’s Franklin Field.

After graduating from Syracuse with a bachelor’s degree in economics in 1962, Davis prepared to enter the NFL. The Buffalo Bills of the fledging American Football League reportedly offered Davis a three-year contract, but Davis wanted to play in the NFL so he turned down the offer. The Washington Redskins took Davis as the overall number-one pick and then traded him to the Cleveland Browns for the Browns’ running back Bobby Mitchell and their number-one pick. Cleveland gave Davis a three-year contract worth $200,000 (initially reported at $80,000). Jim Brown was already a member of the Cleveland organization, and Browns’ owner Art Modell was looking forward to having the most explosive backfield in the history of the NFL.

While attending Syracuse, Davis was a member of the Sigma Alpha Mu Fraternity, a nationally recognized Jewish fraternity. Davis was the first African-American to become part of the organization not only at the Syracuse chapter, but for the national fraternity as a whole.

Davis was the number-one pick in the 1962 NFL Draft. Selected by the Washington Redskins, he was traded to the Cleveland Browns. He was also drafted by the Buffalo Bills of the American Football League.

Redskins founder and owner George Preston Marshall was an avowed racist who kept the Redskins entirely white long after the other teams had integrated. He openly admitted that his unwillingness to sign a black player was an effort to appeal to his mostly Southern fan base (they had long been the southernmost team in the league). The signing only came when Interior Secretary Stewart Udall issued an ultimatum to Marshall: sign a black player by the start of the 1962 season, or he would revoke the Redskins’ 30-year lease on D.C. Stadium (now Robert F. Kennedy Memorial Stadium).

Davis refused to play for the Redskins and demanded a trade. A deal with Cleveland was engineered by Browns coach Paul Brown without the knowledge and consent of the owner Art Modell. This had been standard operating procedure with the Browns from their inception in 1946; Brown served as his own general manager, and had enjoyed a free hand in football matters. Davis chose to go to the Cleveland Browns where his classmate John Brown would be his roommate and Jim Brown, whom he admired, was already playing.

Davis signed a three-year, $200,000 contract with the Browns in late December 1961 while he was in San Francisco, California practicing for the East-West Shrine Game. Originally reported at $80,000, the contract, according to Davis’s attorney, Tony DeFilippo, consisted of $80,000 for playing football, including a $15,000 signing bonus; $60,000 for ancillary rights, such as image marketing; and $60,000 for off-season employment. It was the most lucrative contract for an NFL rookie up to that time.

Davis was allowed to practice on the field without physical contact and helped Brown draw up game plans but he never played a meaningful down. His only appearance at Cleveland Stadium came during a 1962 pre-season game, in which he ran onto the field as a spotlight followed him. Following his death, the Browns retired his number 45 jersey.

Davis’ honors and accomplishments on the gridiron were matched only by the adversity he faced off the field; as a black athlete playing many games in the South, he was the victim of racism on several occasions. One of the most publicized incidents occurred after Davis was selected the Cotton Bowl MVP in 1960, when he was informed that he could accept his award at the post-game banquet but would then immediately have to leave the segregated facility. Although popular lore holds that the entire team agreed to boycott the banquet, at least one teammate has insisted that the idea was overruled by Syracuse officials.

In the summer of 1962, Davis was diagnosed with acute monocytic leukemia and began receiving medical treatment. The disease was incurable and he died in Cleveland Lakeside Hospital May 18, 1963, at the age of 23. Davis went to Johns Hopkins when he was dying, three months after being diagnosed and through chemical treatments experienced a four to five month remission.

Both the House and the Senate eulogized him, and his wake was held in The Neighborhood House in Elmira, New York, where more than 10,000 mourners paid their respects

During the funeral, a message was received from President Kennedy, and was read aloud to all of the people attending the service. Davis is buried at Woodlawn Cemetery in Elmira.

Today, Davis is remembered for his sportsmanship, the grace with which he handled the racial intolerance of his time, and his courage in facing a disease that ultimately claimed his life.

He was elected to the College Football Hall of Fame in 1979, and in 2005 the Syracuse football team retired No. 44, which had been worn by star halfbacks Davis, Brown and Floyd Little.

His commemorative statue stands in front of the school named in his honor, Ernie Davis Middle School, where he attended as Elmira Free Academy during his high school years. Another statue of Davis stands on the campus of Syracuse University, near the steps of Hendricks Chapel and the Quad where pre-game pep rallies are held.

A motion picture biography, The Express, directed by Gary Fleder and based on the non-fiction book The Elmira Express: the Story of Ernie Davis by Robert C. Gallagher, began production in April 2007 and was released on October 10, 2008. Rob Brown plays Davis, with Dennis Quaid portraying Davis’ Syracuse University coach, Ben Schwartzwalder.