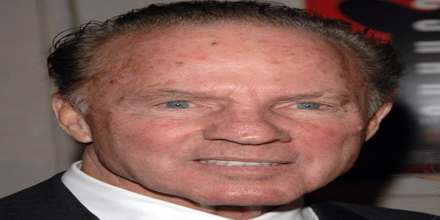 Francis Newton Gifford was born on August 16, 1930, in Santa Monica, California, US. He was an American football player and television sports commentator. Frank Gifford attended USC on a football scholarship. After a 12-year playing career as a running back and flanker for the New York Giants of the National Football League (NFL). Following his NFL career, Gifford became a mainstay in the broadcast booth for Monday Night Football.

Gifford won the NFL Most Valuable Player Award in 1956, the same season he won his only NFL Championship. During his career, he participated in five league championship games and was named to eight Pro Bowls. He was inducted into the Pro Football Hall of Fame in 1977. After retiring as a player, Gifford was an Emmy Award-winning sportscaster, known for his work on ABC’s Monday Night Football, Wide World of Sports and the Olympics.

Gifford was unable to gain an athletic scholarship to the University of Southern California (USC) because of his low grade point average in high school, so he played a season of football for Bakersfield Junior College. There he made the Junior College All-American team and earned the grades needed to enroll at USC. At USC, Gifford was named an All-American after rushing for 841 yards on 195 carries during his final season. He graduated from USC in 1952.

Gifford appeared as himself as a guest star on the NBC television series, Hazel, in the episode, “Hazel and the Halfback”, which originally aired December 26, 1963. In the story, Gifford is interested in investing in a local bowling alley. In 1977, Gifford appeared as himself in the episode “The Shortest Yard” of the ABC sitcom The San Pedro Beach Bums.

Gifford and his wife Kathie Lee appeared in the February 28, 1995, episode of the ABC sitcom Coach, titled “The Day I Met Frank Gifford”, in which a character on the show plots to meet the former football star who will attend an event to receive an award.

In 1977, Gifford won an Emmy Award for Outstanding Sports Personality. He was given the Pete Rozelle Radio-Television Award by the Pro Football Hall of Fame In 1995 for his NFL television work.

He graduated from Bakersfield High School. Gifford was unable to gain an athletic scholarship to the University of Southern California (USC) because of his low grade point average in high school, so he played a season of football for Bakersfield Junior College.

There he made the Junior College All-American team and earned the grades needed to enroll at USC. At USC, Gifford was named an All-American after rushing for 841 yards on 195 carries during his final season. He graduated from USC in 1952.

American football player and sports broadcaster Frank Gifford was born on August 16, 1930, in Santa Monica, California. The recipient of a full-tuition scholarship from the University of Southern California, he was selected by the NFL’s New York Giants with the 11th overall pick of the 1952 draft.

Gifford spent his entire NFL career with the New York Giants, beginning in 1952, playing both offense and defense. He made eight Pro Bowl appearances and had five trips to the NFL Championship Game. Gifford’s biggest season may have been 1956, when he won the league’s Most Valuable Player Award and led the Giants to the NFL title over the Chicago Bears.

During a 1960 game against the Philadelphia Eagles, he was knocked out by Chuck Bednarik on a passing play, suffering a severe head injury that led him to retire from football in 1961.

However, Gifford returned to the Giants in 1962, changing positions from running back to flanker (now a type of “wide receiver”).

His Pro Bowl selections came at three different positions — defensive back, running back, and flanker. He permanently retired following the 1964 season.

Gifford was inducted into the Pro Football Hall of Fame on July 30, 1977.

Gifford missed the entire 1961 season after suffering a concussion, but he returned in 1962 and earned his final Pro Bowl selection the following year. He retired after the 1964 season with 5,434 career receiving yards, which remained the team record until it was surpassed by Amani Toomer in 2003.

After his playing days ended, Gifford became a broadcaster for CBS, covering football, golf and basketball. When Monday Night Football was launched in 1970, ABC had originally planned to have Gifford in their broadcast booth, but he still had a year remaining on his contract with CBS. He therefore recommended his friend Don Meredith, who was hired. The following year, Gifford replaced Keith Jackson as Monday Night Football’s play-by-play announcer, and remained involved with the show for 27 of its next 28 years. His low-key delivery provided a perfect counterbalance to broadcast partners Meredith and Howard Cosell. In an era with only three television broadcast networks, the series became the longest-running prime-time sports program in television history, and developed into one of television’s most valuable franchises. In 1986, Al Michaels took over play-by-play duties, and Gifford switched to a commentator role. However, Gifford did play-by-play for the next several years (Gifford was joined by Lynn Swann on color commentary in 1986 and by Dan Dierdorf for the rest of his run on Monday Night Football) whenever Michaels was covering post-season baseball games for the network.

Gifford was also a reporter and commentator on other ABC sports programs, such as coverage of the Olympics (including the controversial men’s basketball Gold Medal game between the United States and Soviet Union at the 1972 Summer Olympics in Munich, which Gifford called alongside Bill Russell), skiing and golf. He announced Evel Knievel’s jumps for ABC’s Wide World of Sports in the 1970s, including when Knievel failed to clear 13 buses at Wembley Stadium in 1975. Gifford also guest hosted Good Morning America on occasion, including once when he met his future wife Kathie Lee.

In addition to his broadcast work, the handsome athlete starred in the 1959 film Up Periscope, and appeared in such television shows as Captain Kangaroo and The Six Million Dollar Man. He also wrote or co-authored several books on football.

Monday Night Football paid tribute to Gifford on September 14, 2015, by having ESPN announcers Mike Tirico and Jon Gruden wear the gold jackets that Gifford helped make famous as a broadcaster.

Gifford was born in Santa Monica, California, the son of Lola Mae (née Hawkins) and Weldon Gifford, an oil driller. Following Gifford’s death in 2015, his wife Kathie Lee Gifford said that her late husband grew up in a poverty-stricken home and that he and his family sometimes ate dog food. She said they lived in 29 places even before Gifford attended high school because his father could not find work during the Depression. She also said that as a young child, the family attended church every week and Gifford “asked Jesus into his heart and that remained with him for the rest of his life”.

Gifford had an older sister and younger brother, Winona and Waine.

Gifford married his college sweetheart, USC’s homecoming queen Maxine Avis Ewart, on January 13, 1952, after she became pregnant while they were students at USC. They had three children, Jeff (b. June 1952), Kyle and Victoria, and five grandchildren. Victoria married Michael LeMoyne Kennedy, son of Robert F. Kennedy. Gifford was then married to fitness trainer Astrid Lindley from 1978 to 1986. The first two marriages ended in divorce.

Gifford married television presenter and singer Kathie Lee Johnson, who was 23 years his junior, on October 18, 1986. The couple settled in Greenwich, Connecticut, with their son, Cody Newton Gifford, and daughter, Cassidy Erin Gifford. Gifford and his third wife Kathie Lee both shared the same birthday, which was August 16. In 1988, the couple co-hosted ABC’s coverage of the 1988 Winter Olympics in Calgary.

According to the former lawyer of Johnny Carson, Henry Bushkin, Gifford had an affair with Carson’s wife Joanne in 1970.

Gifford died on August 9, 2015, just shy of his 85th birthday, at his home in Connecticut.

In November 2015, Gifford’s family revealed that he had suffered from chronic traumatic encephalopathy (CTE). The family said, “After losing our beloved husband and father, Frank Gifford, we as a family made the difficult decision to have his brain studied in hopes of contributing to the advancement of medical research concerning the link between football and traumatic brain injury … We decided to disclose our loved one’s condition to honor Frank’s legacy of promoting player safety dating back to his involvement in the formation of the NFL Players Association in the 1950s.”