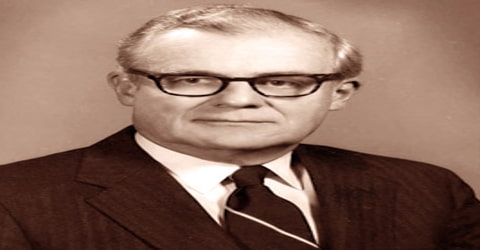 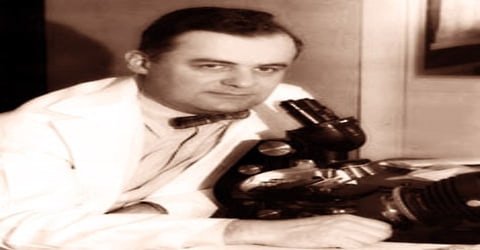 An American pediatrician and virologist who received (with John Enders and Thomas Weller) the 1954 Nobel Prize for Physiology or Medicine for successfully cultivating poliomyelitis virus in tissue cultures, Frederick Chapman Robbins was born on August 25, 1916, in Auburn, Alabama, United States of America.

The trio was awarded for their discovery of the ability of poliomyelitis viruses to grow in cultures of various types of tissue. This was a revolutionary discovery of that time as it helped to grow the virus in the test tube and in turn develop a vaccine that eventually has eliminated the crippling disease from most of the countries across the globe. The breakthrough work in isolation and growth of the polio virus had expansive dividends. The tissue culture technique developed helped isolate an increasing number of viruses of infectious disease and also had important implications for cancer. Apart from his scientific career, Robbins played a crucial role as an academic leader as well. He served as President of the National Academy of Sciences’ Institute of Medicine and as Professor Emeritus of Case Western Reserve Medical School. 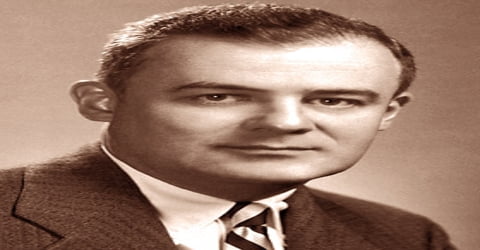 An American paediatrician and virologist, Frederick Chapman Robbins was born on August 25, 1916, in Auburn, Alabama, to botanists parents, William J Robbins and Christine nee Chapman. His father was a plant physiologist who eventually became the Director of the New York Botanical Gardens. He had two younger brothers and was a master polo player in his childhood days. He had won many awards in the game. After completing his preliminary education, Robbins gained admission at the University of Missouri.

Robbins received his A.B. degree in 1936 and B.S. in 1938 from the University of Missouri, which he attended after completing his preliminary education. He joined the Harvard Medical School after securing his B.S. degree and graduated from there in 1940. He was appointed as the resident physician in bacteriology at The Children’s Hospital Medical Center in Boston, Massachusetts. He underwent the training for the next two years.

Frederick Chapman Robbins met his future wife, Alice Havemeyer Northrop while she was working at Dr. Weller’s laboratory as a lab technician. Her father, John H Northrop was a Nobel Laureate. The two married in 1948 and were blessed with two daughters: Alice Christine Robbins and Louise E. Robbins 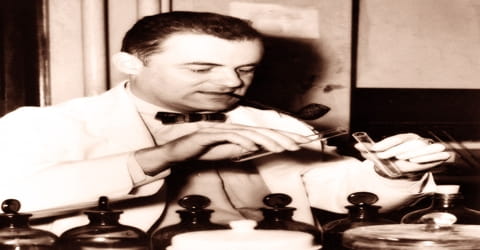 A graduate of Harvard University Medical School (1940), Frederick Chapman Robbins served in the United States, Italy, and North Africa during World War II (1942-46) as chief of the U.S. Army’s 15th medical general laboratory virus and rickettsia section. In this capacity, he toured the United States, North Africa, and Italy. Simultaneously, he held the post of a supervisor of a diagnostic virus laboratory and studied the immunology of mumps. He also concentrated his attention on investigating infectious hepatitis, typhus, fever and Q fever during this period.

In 1946, Robbins was relieved of his military duties. Immediately thereafter, he resumed his training at the Children’s Hospital Medical Center, finally completing it in January 1948. From 1948 to 1950, Robbins held a Senior Fellowship in Virus Diseases of the National Research Council. Simultaneously, he served as the member of the Faculty of the Harvard Medical School.

After joining Enders and Weller at the Children’s Hospital in Boston in 1948, Robbins helped solve the difficult problem of propagating viruses then known to grow only in living organisms in laboratory suspensions of actively metabolizing cells in nutrient solutions. At that time it was believed that the virus responsible for poliomyelitis grew and multiplied only in mammalian nerve tissue, which is highly difficult to maintain outside the living animal.

Robbins along with his team members worked to grow polio and other viruses in the laboratory so as to make vaccines. Finally after much effort, using a mixture of human embryonic skin and muscle tissue, Robbins, together with Enders and Weller, was able to grow the viruses. Following this, the trio studied the cultivation of poliomyelitis virus in tissue culture and the application of this technique. This achievement helped Dr. Jonas Salk to develop polio vaccines.

By 1952 Robbins and his colleagues had succeeded in cultivating the virus in mixtures of human embryonic skin and muscle tissue suspended in cell cultures, dramatically demonstrating that the polio virus subsists in extraneural tissue, only later attacking the lower part of the brain and sections of the spinal cord.

Robbins received the Nobel Prize in Physiology or Medicine in 1954 along with John Franklin Enders and Thomas Huckle Weller, making Robbins the only Nobel laureate born in Alabama. The award was for breakthrough work in isolating and growing the polio virus in tissue culture, paving the way for vaccines developed by Jonas Salk and Albert Sabin. He attended school at the University of Missouri and Harvard University.

In 1980, Robbins took up the Presidency of the National Academy of Sciences’ Institute of Medicine. It was at the institute that Robbins was credited for creating a solid foundation for programs contributing to national policy on vaccine development, vaccine safety, and workforce issues. He also developed programs to focus attention on public policy dealing with AIDS.

Robbins returned to Case Western Reserve in 1985 as Dean Emeritus and Distinguished University Professor Emeritus. He continued to be associated with the medical school until his death in 2003. The medical school’s “Frederick C. Robbins Society” is named in his honor.

In 1945, Robbins received the Bronze Star for Distinguished Service during World War II.

In 1954, Frederick Chapman Robbins, along with John Franklin Enders and Thomas Weller, was conferred the prestigious Nobel Prize in Physiology or Medicine for their discovery of the ability of poliomyelitis viruses to grow in cultures of various types of tissue.

Robbins was elected as the Fellow of American Academy of Arts and Science in 1962.

In 1999, Robbins was awarded the Benjamin Franklin Medal by the American Philosophical Society, Philadelphia for his remarkable achievement in the field of Science.

On August 4, 2003, Frederick Chapman Robbins breathed his last in Cleveland, Ohio. He was 86 at the time of his death. The reason behind his death was reported to be congestive heart failure.

Robbins most significant contribution came at the end of the 1940s decade. He, along with John Franklin Enders and Thomas Weller, successfully, helped solve the problem of propagating viruses in laboratory suspensions of actively metabolizing cells in nutrient solutions. Robbins along with his team helped in growing polio and other viruses within the confines of the laboratory so as to develop their vaccines. Using the mixtures of human embryonic skin and muscle tissue suspended in cell cultures, they effectively demonstrating that the polio virus subsisted in extraneural tissue. The research work was revolutionary and the trio was conferred with Nobel Prize in Physiology or Medicine for their discovery of the ability of poliomyelitis viruses to grow in cultures of various types of tissue.

In his honor, the Case Western Reserve University School of Medicine started a society by the name of ‘Frederick C. Robbins Society.’