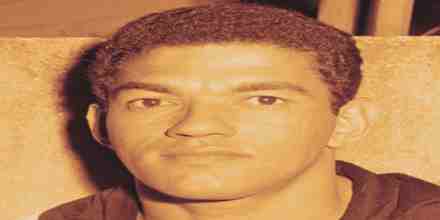 Manoel Francisco dos Santos, known by the nickname Garrincha, renowned Brazilian soccer player, was born in the State of Rio de Janeiro, Brazil, on October 28, 1933. He is regarded by many in the sport to be the best dribbler in football history.

He starred for the 1958 World Cup–winning team, and was named the best player of the tournament when Brazil repeated as champions four years later. His body ravaged by the effects of alcoholism, Garrincha was just 49 when he died in 1983.

A series of birth defects left him with a deformed spine and a left leg that was six centimeters shorter than his right one; furthermore, he was small for his age, prompting his sister to nickname him “Garrincha,” the Portuguese word for wren. Regardless, the youngster overcame the physical odds to become one of the impoverished area’s most talented soccer players.

In 1999, he came seventh in the FIFA Player of the Century grand jury vote. He is a member of the World Team of the 20th Century, and was inducted into the Brazilian Football Hall of Fame.

Manuel Francisco dos Santos was born in Pau Grande, Brazil, in total poverty, the grandson of slaves. His father was an alcoholic, drinking cachaça heavily, a problem which Garrincha would inherit. A boy with a carefree attitude, he was smaller than other kids his age, with his sister Rosa noticing he was as small as a little bird she started calling him Garrincha, the north-eastern name for the wren, a little brown bird. The name stuck and by the age of four years he was known as Garrincha to his family and friends. Garrincha was born with a deformed spine. The one thing he could do was play football.  Dribbling, corners, free kicks, people asked whether he was from another planet, such were his skills.  He could even head the ball, despite his shortness.  On four separate occasions in his career, he scored direct from a corner.

He was 20 when he joined Botafogo, scoring a hat trick in his first team debut.   Before that, he had been playing for his factory team.  He went on to score 232 goals in 581 matches during his twelve years playing for the club.

Garrincha joined the Rio Janeiro club Botafogo in 1953, and recorded a hat trick in his first-team debut that July. Although he was passed over for a spot on the Brazilian team for the 1954 World Cup, he quickly became known for his dazzling dribbling displays and confounding moves that left defenders helpless. His entertaining style of play earned him more nicknames, including “Alegria do Povo”—Joy of the People.

He helped Botafogo win the Campeonato Carioca in 1957 by scoring 20 goals in 26 games finishing second in the league scoring charts and this convinced the national team selectors to name him to the 1958 World Cup squad. After the 1962 World Cup, Garrincha returned to Rio and carried Botafogo to victory in the 1962 Campeonato Carioca final against Flamengo. Garrincha played for Botafogo for 12 years, the bulk of his professional career. He won the Campeonato Carioca three times with them, scored 232 goals in 581 matches, and became a symbol of the history of the club.

More importantly, he led Brazil to two consecutive world titles after the demoralizing defeat at home during the 1950 FIFA World Cup in Rio de Janeiro.

The winger was named to the Brazilian squad for the 1958 World Cup in Sweden, and with A Seleção boasting a formidable unit that included Didi, Zagallo, Vava and a gifted 17-year-old named Pelé, they claimed the country’s first championship.

In 1966, with his career declining, he was sold to Corinthians. Two years later, he signed for Colombian team Atlético Junior. The same year he went back to Brazil and joined Flamengo, where he would stay until 1969. In 1971, there were rumours that Garrincha, 38, would join French club Red Star FC 93, but he never signed and returned to Brazil.

Due in large part to Garrincha’s struggles with a knee injury, the Brazilians failed to advance from the first round of the 1966 World Cup in England. Garrincha’s final game in the tournament was a 3-1 loss to Hungary; remarkably, it was his only loss in 50 career international appearances.

Garrincha was subject to numerous transfer attempts by rich European clubs like Juventus of Turin, Italy who tried to sign him in 1954. Real Madrid of Spain tried to sign him in 1959 after some stunning performances by him on a tour of Europe. Internazionale, AC Milan and Juventus of Italy considered jointly signing him in 1963 (he would have to spend a season with each); a deal that would have been unique in football.

Garrincha played 50 international matches for Brazil between 1955 and 1966, and was a starter for the national team in the 1958, 1962 and 1966 World Cups. Brazil only lost one match with him on the pitch, against Hungary at the 1966 World Cup. Pelé did not play the game against Hungary, and thus Brazil never lost when Garrincha and Pelé were on the same lineup.

Garrincha was the most outstanding player of the 1962 FIFA World Cup. When Pelé suffered an injury after the second match and was sidelined for the rest of the tournament, Garrincha played a leading role in Brazil’s triumph, excelling particularly against England and Chile, scoring 4 goals in those two matches.

He scored two more goals in the semi-final against the hosts, Chile, as Brazil went on to win 4–2. His first goal was a 20-yard left-foot shot; the second one, a header. A subsequent headline in the Chilean newspaper El Mercurio read: “What planet is Garrincha from?” Garrincha was sent off that match after 83 minutes for retaliating after being continually fouled. However, he was not suspended for the following match.

His first cap was against Chile in Rio de Janeiro in 1955. He played two matches at the Copa América of 1957 and four in the 1959 edition, Brazil finished runners up in both editions.

On December 19, 1973, a farewell match for Garrincha between a FIFA World team and Brazil was celebrated at the Maracanã Stadium in Rio de Janeiro, in front of 131,000 spectators. The FIFA team was composed mainly of Argentine and Uruguayan players, while Brazil fielded Pelé, Carlos Alberto, and several other members of the 1970 World Cup winning squad. Garrincha started the match, and while in the first half, at a point when Brazil had the ball in attack, the referee stopped the match so Garrincha could leave the pitch and receive the crowd’s respects. Garrincha then did a lap around the pitch before disappearing through the stadium’s tunnel.

Garrincha is renowned for his remarkable ball control, imagination, dribbling skills and feints on the wing, as well as his ability to create chances out of nothing. He also possessed a powerful shot with either foot and was a gifted set piece specialist known for free kicks and corners taken with the outside of his foot. However, it was his dribbling skills he was most famous for, a skill he retained throughout his career.

Garrincha was known for his hard-partying lifestyle. He married multiple times, with Brazilian samba singer Elza Soares among his wives, and is believed to have fathered at least 14 children.

Garrincha lost control over his life as he spiraled into alcoholism. He killed his mother-in-law in a car crash in 1969, and separated from Soares in 1977 after attacking her in a drunken rage.

Garrincha put on weight after the World Cup, partly because of his drinking, so he was dropped from the national team for a friendly match in Rio against England on May 13, 1959. Later that month, he went on tour with Botafogo in Sweden and got a local girl pregnant.

When he returned to Brazil, he drove home to Pau Grande and ran over his father, Amaro. He drove off without stopping, with an angry mob chasing him, and when they caught up with him they found him “drunk, almost catatonic, and with no grasp of what he had done.” In August, his wife, Nair, gave birth to their fifth child, and his mistress Iraci announced her first pregnancy. His father died of liver cancer on October 10 having been dependent on alcohol for years.

A superstar in his home country, he was honored with the dedication of Estádio Nacional Mané Garrincha, an all-purpose arena built in Brasília in 1974.

After a series of financial and marital problems, Garrincha died of cirrhosis of the liver on January 20, 1983, in an alcoholic coma in Rio de Janeiro. He had been hospitalized eight times in the previous year, and by the time of his death he was a physical and mental wreck.

Despite his late-life troubles, thousands of fans came to view his body at Estádio do Maracanã and to pay their respects to the man who once inspired so much joy on the soccer pitch.

A multi-use stadium in Brasilia, Estádio Mané Garrincha, is named after him. His career was presented in the 1962 film Garrincha, Alegria do Povo, and in 2003, another movie, called Garrincha – Estrela Solitária (“Lonely Star”), based on Ruy Castro’s book, depicted his life on and off the field.

Regarded as one of the greatest players of all time, he was voted into the World Team of the 20th Century by 250 of the world’s most respected football writers and journalists, came seventh in the FIFA Player of the Century grand jury vote, and was named in the FIFA World Cup All-Time Team.