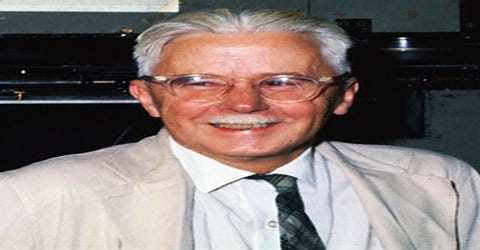 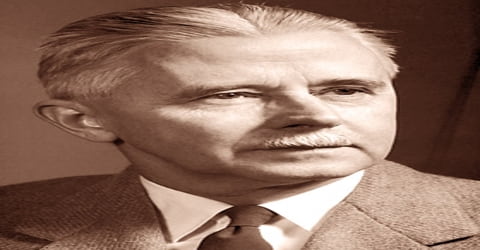 A Nobel Prize-winning American physiologist, Haldan Keffer Hartline was born on 22nd December 1903, in Bloomsburg, Pennsylvania, the U.S. He was a co-recipient (with George Wald and Ragnar Granit) of the 1967 Nobel Prize in Physiology or Medicine for his work in analyzing the neurophysiological mechanisms of vision. Hartline taught at the Eldridge Reeves Johnson Foundation for Medical Physics of the University of Pennsylvania, Johns Hopkins University, and the Rockefeller Institute.

Hartline spent decades studying the optic nerves of frogs and horseshoe crabs. He became the first scientist to isolate and record the activity of a single optic nerve fibre. He later showed that different fibres in the optic nerves respond to light in different ways. Hartline’s inclination towards physiology or medicine started early. His parents were professors at the State Normal School (now Bloomsburg State College). His father who was a Professor in Biology inspired Hartline to take up Natural Sciences. Since the beginning of his career, Hartline dedicated his time to research on cellular-level electrical activity within the eye. Other than scientific research, he also held several academic positions in his life. 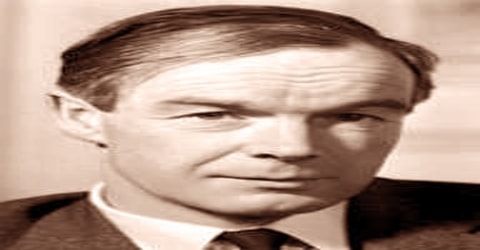 An America physiologist, Halden Keffer Hartline was born on 22nd December 1903 in Bloomsburg, Pennsylvania, U.S. to David S Hartline and Harriet Frankline Keffer Hartline. Both his parents were a teacher by profession. Hartline was, in his early days, greatly influenced by his father, who was a Professor of biology but with varied interests going as far as astronomy and geology. Through senior Hartline, he developed an interest for Natural Sciences, one that stayed with him for the better part of his life.

Hartline started his education at the State Normal School and continued at Lafayette College in Easton, Pennsylvania where he graduated with BSc in 1923. He also became interested in natural sciences. While there, his biology teacher, Beverly W. Kunkel urged him to undertake research, resulting in his first scientific paper concerned visual responses of land isopods. He also spent his summers at the Marine Biological Laboratory at Woods Hole, which also influenced his biological studies have met the likes of Merkel H. Jacobs, Jacques Loeb, and Selig Hecht.

Hartline began his study of retinal electrophysiology as a National Research Council Fellow at Johns Hopkins University, Baltimore, receiving his Doctor of Medicine (MD) degree in 1927. He received a Reeves Johnson Traveling Fellowship from the University of Pennsylvania in 1929 to continue his physics studies spending a semester with W. Heisenberg’s seminar group at the University of Leipzig and for two semesters attended lectures of A. Sommerfeld at the University of Munich.

In 1936, Halden Keffer Hartline married Elizabeth Kraus, the daughter of an eminent chemist, C.A Kraus. Elizabeth was at the time an instructor in Comparative Psychology at Bryn Mawr College. The couple was blessed with three sons, Daniel Keffer, Peter Haldan, and Frederick Flanders. 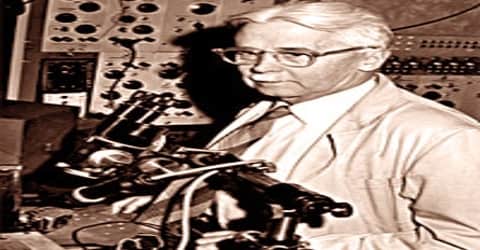 After attending the University of Leipzig and Munich, Halden Keffer Hartline returned to the USA to take up the position in the Eldridge Reeves Johnson Foundation for Medical Physics, at the University of Pennsylvania, under the directorship of Detlev W. Bronk. At the Johnson Foundation Hartline began his studies on the activity of the single optic nerve fibre in the eye of the horseshoe crab, Limulus, recording the responses of receptor units under various conditions of stimulation and adaptation. He then did an analysis on of the optic responses of the vertebrate retina using the eye of a frog in the mid-1930s.

In 1940 1941, Halden Keffer Hartline was Associate Professor of Physiology at Cornell Medical College in New York City, but returned to Penn and stayed until 1949. Then he became a professor of biophysics and chairman of the department at Johns Hopkins in 1949. One of Hartline’s graduate students at Johns Hopkins, Paul Greengard, who also won the Nobel Prize. Hartline joined the staff of Rockefeller University, New York City, in 1953 as professor of neurophysiology.

Halden Keffer Hartline investigated the electrical responses of the retinas of certain arthropods, vertebrates, and mollusks because their visual systems are much simpler than those of humans and are thus easier to study. He concentrated his studies on the eye of the horseshoe crab (Limulus polyphemus). Using minute electrodes in his experiments, he obtained the first record of the electrical impulses sent by a single optic nerve fibre when the receptors connected to it are stimulated by light. He found that the receptor cells in the eye are interconnected in such a way that when one is stimulated, others nearby are depressed, thus enhancing the contrast in light patterns and sharpening the perception of shapes. Hartline thus built up a detailed understanding of the workings of individual photoreceptors and nerve fibres in the retina, and he showed how simple retinal mechanisms constitute vital steps in the integration of visual information.

In 1927, Halden Keffer Hartline received the William H. Howell Award. He followed this up with the Howard Crosby Warren Medal by the Society of Experimental Psychologists in 1948, the Albert A. Michelson Award by Case Institute of Technology in 1964, the Lighthouse Award in 1969.

Halden Keffer Hartline was awarded the Nobel Prize in Physiology and Medicine in 1967.

Hartline spent the major part of his career investigating the electrical responses of the retinas of certain arthropods, vertebrates, and molluscs. Furthermore, he focused his study on the eye of the horseshoe crab (Limulus polyphemus). Hartline obtained the first record of the electrical impulses sent by a single optic nerve fibre when the receptors connected to it are stimulated by light. He later showed that different fibres in the optic nerves respond to light in different ways.