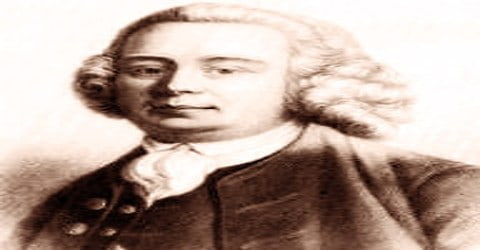 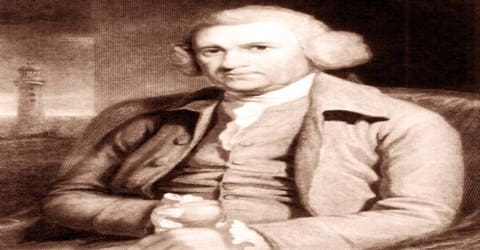 An English engineer of the 18th century noted for his all-masonry lighthouse on Eddystone reef off Plymouth, Devon, and as the founder of the civil engineering profession in Great Britain; John Smeaton was born on 8th June 1724, in Austhorpe, Leeds, England. He was also a capable mechanical engineer and an eminent physicist. The Father of Civil Engineering, John Smeaton was a true professional at heart.

John Smeaton worked with extreme dedication and had achieved significant mastery over his craft. He pioneered the use of hydraulic lime in concrete, using pebbles and powdered brick as aggregate. Smeaton was associated with the Lunar Society. Today, he is known for his masterpieces both the buildings & bridges he constructed and the techniques he employed to build them.

Smeaton gained most of his training and scientific knowledge through reading and attending the meetings of the Royal Society of London. He constructed bridges, canals, and harbors in addition to his works of mechanical engineering. He devised new ways for construction; whether it was the material he used for building or the technique to strengthen the rigidity of the object. Through his dedication and genuine efforts, his every project emerged as a masterpiece, a passionate work of art. He transformed the work of engineering, which was considered as a handicraft work, to a scientific process of experimenting and devising mechanisms in architectural work. He was the first person to coin the term ‘civil engineers’ and also established the first ever engineering society in the world. His earnest work is an inspiration for everyone; to be fearless of the choices they make in life and work with dedication for their dreams to come true.

The Father of Civil Engineering, John Smeaton was born on 8th June 1724 in Austhorpe, Leeds, England. His father was an attorney having a law firm. In childhood, he used to make hand tools through forging and casting. He made a small lathe for turning wood and also a steam engine which succeeded in pumping out water from his father’s pond.

Smeaton went to school at the Leeds Grammar School, and after graduating, he joined his father’s law firm but left to become a mathematical instrument maker (working with Henry Hindley), developing, among other instruments, a pyrometer to study material expansion. He started legal studies at his father’s office. Two years later, he was about to enter the legal profession formally when he decided to leave it and pursue his dream of being an instrument maker.

John Smeaton did not get married and had no children.  He was a great engineer. And that’s why his achievements continue to inspire hundreds of engineers even today. 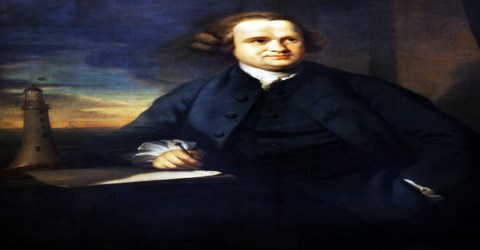 John Smeaton opened his own shop in Great Turnstile in London with a little knowledge of science and tool-making under his sleeve, in 1748. His friend, Henry Hindley, helped him to understand the art of making instruments. He began making mathematical precision instruments, including a pyrometer used to measure the expansion of materials. He built the mariner’s compass together with Dr. Gowin Knight, in 1750. The compass became hugely popular. He was living in Great Turnstile at the time.

Smeaton moved his shop from Great Turnstile to a larger place in Furnival Inn Court and employed three craftsmen under his supervision, in 1751. He conducted some experiments related to the power of windmills and water wheels which were successful and proved his expertise in the knowledge of science and engineering, in 1752.

During 1754, Smeaton visited the Low Countries, studying canals, harbors, and mills; the tour was the turning point in his career. From 1756 to 1759 Smeaton was occupied with his best-known achievement, the rebuilding of the Eddystone lighthouse. By the end of the decade, it had become evident that structural engineering and river and harbor works were more profitable than making scientific instruments. Accordingly, Smeaton established himself as a consultant in these fields; indeed, it was he who adopted the term “civil engineer” to distinguish civilian consultants and designers from the increasing number of military engineers who were being graduated from the Royal Military Academy at Woolwich.

Smeaton oversaw the design and construction of several canals, bridges & lighthouses. He also developed several techniques for construction of windmills which were widely adopted. Some of his major construction works include the Aberdeen Bridge, Coldstream Bridge, Ripon Canal, and the Clyde Canal.

Smeaton built the third Eddystone Lighthouse, using dovetailed blocks of Portland stone to withstand the pounding of the waves; this technique became standard for such wave-swept structures, in 1756-59. While planning the lighthouse, he discovered the best mortar for underwater construction to be limestone with a high proportion of clay, and thus he was the first to recognize what constitutes a hydraulic lime.

John Smeaton’s 1759 paper “An Experimental Enquiry Concerning the Natural Powers of Water and Wind to Turn Mills and Other Machines Depending on Circular Motion” addressed the relationship between pressure and velocity for objects moving in air (Smeaton noted that the table doing so was actually contributed by “my friend Mr. Rouse” “an ingenious gentleman of Harborough, Leicestershire” and calculated on the basis of Rouse’s experiments), and his concepts were subsequently developed to devise the ‘Smeaton Coefficient’. Smeaton’s water wheel experiments were conducted on a small scale model with which he tested various configurations over a period of seven years. The resulting increasing efficiency in water power contributed to the Industrial Revolution.

Smeaton constructed the first 5-smock chimney mill in Newcastle, Britain. He also developed the method of using hydraulic lime in the foundation of bridges. He took a leading part in the transition from wind-and-water to steam power. Smeaton is also credited with using the term ‘Civil Engineer’ for the first time, and he became the first self-proclaimed civil engineer. He also co-founded the ‘Society of Civil Engineers’ in 1771.

John Smeaton showed his mechanical engineering skills and developed a water pressure engine that pumped water which was later superseded by James Watt’s steam engine, in 1760. He also developed a pyrometer to study material expansion. During his professional career, he engineered the construction of various canals, bridges, and harbors including the Coldstream Bridge, Ripon Canal, Aberdeen Bridge, Peterhead Harbour and Forth and Clyde Canal in Scotland. He also contributed in building 43 mills including his most significant one at Carron Company ironworks in 1769.

In 1782 Smeaton built the Chimney Mill at Spital Tongues in Newcastle upon Tyne, the first 5-sailed smock mill in Britain. He also improved Thomas Newcomen’s atmospheric engine, erecting one at Chacewater mine, Wheal Busy, in Cornwall in 1775. Smeaton improved the design of the Diving Bell (developed by Edmond Halley) so that it could be used underwater. He achieved this by using a force pump that maintained the pressure & fresh air inside the diving bell, even after it was submerged. Owing to his improvements, the Newcomen atmospheric steam engine achieved its maximum performance.

John Smeaton was a member of Lunar Society and a co-founder of the ‘Society of Civil Engineers’ in 1771 which was renamed ‘Institution of Civil Engineers’ in 1818. From 1759 to 1782, he conducted some experiments which supported the theory of formulation of conservation of energy by Gottfried Leibniz. But his discovery was opposed by followers of Isaac Newton, who believed his formulation was inconsistent with Newton’s theory of conservation of momentum.

During the last thirty-five years of his life, John Smeaton was responsible for many engineering projects, including bridges, steam engine facilities, power stations run by wind or water, mill structures, and machinery, and river and harbor improvements.

In 1753, John Smeaton was made a fellow of the Royal Society of London for his work in constructing precision instruments.

Smeaton was honored with the Copley Award in 1759 for his extraordinary research in the mechanics of waterwheels and windmills.

John Smeaton died on 28th October 1792 due to a stroke. He was buried in the parish church at Whitkirk, West Yorkshire.

In 1759, John Smeaton published a paper ’An Experimental Enquiry Concerning the Natural Powers of Water and Wind to Turn Mills and Other Machines Depending on Circular Motion’ addressing the relationship between pressure and velocity for objects moving in the air and his concepts were subsequently developed to devise the ‘Smeaton Coefficient’. One of his most notable works is of the construction of the lighthouse on Eddystone Rocks from 1756 to 1759.

John Smeaton is one of six civil engineers depicted in the Stephenson stained glass window, designed by William Wailes and unveiled in Westminster Abbey in 1862. A memorial stone commemorating Smeaton himself was unveiled in the Abbey on 7 November 1994, by Noel Ordman, President of the Smeatonian Society of Civil Engineers.