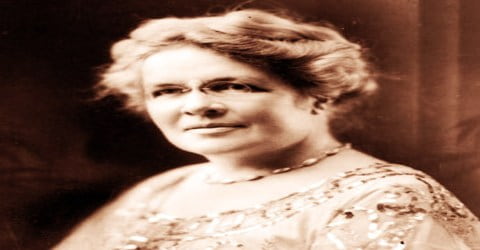 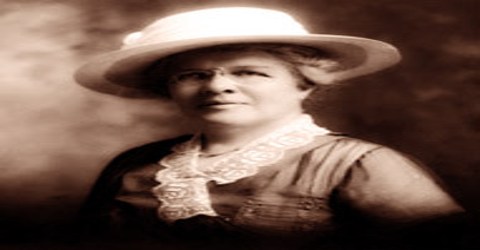 An American engineer and businesswoman, whose resourceful management skills were largely responsible for the success of her family’s machine-tool business and that of other companies and institutions; Kate Gleason was born on 25th November 1865, the first of four children of William and Ellen McDermott Gleason of Rochester, New York, émigrés from Ireland. She was known both for being an accomplished woman in the predominantly male field of engineering and for her philanthropy.

Kate became the first woman to join the American Society of Mechanical Engineers. Even before the branch of technology was considered as the ideal career for both genders, Kate knew what she wanted to become. Inadequate resources for education and information didn’t prevent her from pursuing her engineering course. In fact, she didn’t have a degree of her own, but her brain was close to a ‘power-drive.’ She made a name for herself as one of the few accomplished women engineers of her era.

Kate was also a successful businesswoman who became a role model for many other aspiring career women in 19th century America. Intelligent and curious from a young age, she was first exposed to the concepts of engineering at the age of 12 when she began helping out her father in his machine tool company, later named Gleason Works. She decided to get formally trained in this field and became the first female to be admitted to study engineering at Cornell University in Ithaca, New York.

Kate Gleason continued her studies at the Mechanics Institute, later renamed Rochester Institute of Technology. Over the years, she became increasingly involved in the family business and played a pivotal role in its considerable expansion and growth. She never let her gender hinder her professional aspirations and toured Europe extensively, looking to expand the company’s business. She was appointed the president of First National Bank of East Rochester, the first woman to serve as president of a national bank, in 1918. In spite of her fame and hard work, Gleason also loved to spend time with the oppressed. She loved to join different charitable functions.

Kate Gleason, in full Catherine Anselm “Kate” Gleason, was born on 25th November 1865, in Rochester, New York, U.S. to William and Ellen McDermott Gleason. Her father was the owner of a machine tool company, later named Gleason Works. When Kate was 11, her stepbrother Tom died of typhoid fever, causing hardship at her father’s company because Tom had been an important helper. At the age of 12, she began working for her father to fill the void left by Tom’s death.

At only 14 years of age, Kate Gleason started to serve as a book-keeper. His father was amazed by her zeal and potential that her daughter possessed. She was the first woman to be admitted to study engineering at Cornell University in Ithaca, New York, in 1884. She was the first woman to major in Engineering in the said varsity. However, she dropped out in the middle with the aim of helping his father to develop his business.

Kate Gleason continued her studies upon returning to Rochester at the Mechanics Institute, later renamed Rochester Institute of Technology. She was actively involved as the treasurer as well as a saleswoman for Gleason Works.

Kate Gleason viewed marriage as a hindrance to her professional life and thus never married. For the rest of her life, Kate called it quit the world without having a child of her own. 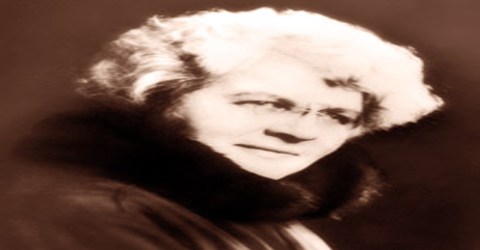 Kate Gleason was appointed as the Secretary-Treasurer at her father’s firm in 1890. Her position made her the firm’s chief sales representative as well, and she was evidently the first woman to travel in such a line of goods. Her representation of the firm in the United States and Europe helped bolster its profits and made possible an expansion of the factory. With the help of his father, Kate came up with a perfect machine that made work a little bit easier. The designed tool reduced square-edged gears in seconds.

Kate moved to Europe with the aim of coming up with more inventions for her study, in 1893. In one months’ time, she was lucky to have over three hundred orders from several countries, including Germany and France. It seemed like an adventurous trip, but in the end, it brought tremendous results to their business.

The business continued to flourish mainly due to Kate’s hard work and steely determination and became the leading U.S. producer of gear cutting machinery prior to World War I. Kate resigned from Gleason Works in 1913 due to some family conflicts. Then she took up an appointment as Receiver in Bankruptcy for the Ingle Machine Company in East Rochester.

Since 1874 Kate Gleason’s father had been perfecting a machine to cut beveled gears, formerly produced by inexact handwork. The new process, together with Kate Gleason’s effective promotion, put the Gleason firm solidly at the forefront of a vital segment of the machine-tool business. So strongly was she identified with the Gleason bevel-gear planer that she was credited by many (including Henry Ford) with having invented it, and she was awarded memberships in the Verein Deutscher Ingenieure in 1913 and the American Society of Mechanical Engineers in 1914, in both cases as the first woman ever so honored.

Kate Gleason was appointed the president of First National Bank of East Rochester, in 1918 while the previous President was enlisted in World War I. During this period she took charge of a problem loan and used it to finish the housing complexes left from the previous loan holder. She used this to further her humanitarian efforts in Rochester, starting eight companies, including a construction company that built houses for the middle class. After this success, she took it upon herself to experiment with concrete to build cheap fireproof houses at an affordable cost using a pouring method she developed. After this success, she described her methods in an article she wrote for a trade magazine, Concrete, in 1921 titled “How Women Builds Houses to Sell at a Profit for $4000”.

In her honor, a Kate Gleason Award was established by the America Society of Mechanical Engineers’ Foundation.

Kate Gleason was elected to full membership in the American Society of Mechanical Engineers as its first woman member, in 1914.

The Kate Gleason College of Engineering at RIT is named in her honor. 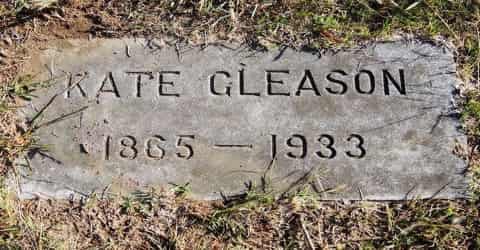 Kate Gleason died on 9th January 1933 of pneumonia and is interred in Riverside Cemetery in Rochester at the age of 67. She left much of her $1.4 million estates to institutions in the Rochester area, including libraries, parks, and the Rochester Institute of Technology.

At the end of her career, Kate traveled from one part of the world to the next. In the process, she managed to purchase tons of real estates, especially in France.