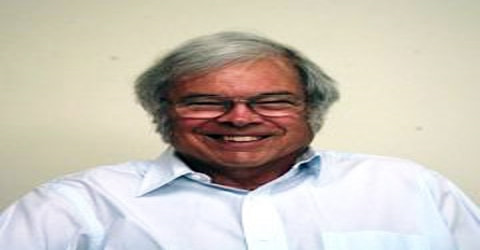 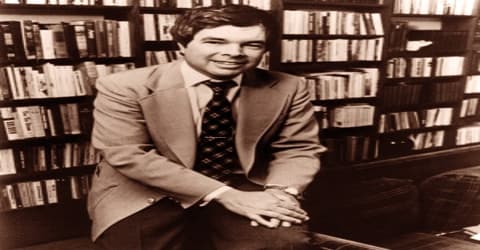 A Nobel Prize-winning American physicists, Kenneth G. Wilson was born on June 8, 1936, in Waltham, Massachusetts, U.S. the oldest child of Emily Buckingham Wilson and E. Bright Wilson. He was awarded the 1982 Nobel Prize in Physics for his work on phase transitions illuminating the subtle essence of phenomena like melting ice and emerging magnetism. It was embodied in his fundamental work on the renormalization group.

Wilson was led to this breakthrough from his struggles with mysteries in elementary particle physics and quantum field theory. The tools Wilson brought to bear in his research were diverse, ranging from abstract mathematics to supercomputing. Wilson became a pioneer in the field of supercomputing and was instrumental in the National Science Foundation’s establishment of five national scientific supercomputing centers, one of them at Cornell University. 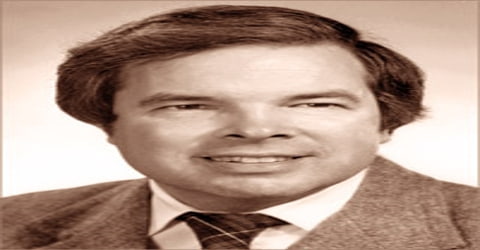 Kenneth G. Wilson, in full Kenneth Geddes “Ken” Wilson, was born on 8th June 1936, in Waltham, Massachusetts, U.S. His father, E. Bright Wilson Jr. was on the faculty in the Chemistry Department at Harvard University. His mother Emily Buckingham Wilson had done one year of graduate work in physics before her marriage. His maternal grandfather was a professor of mechanical engineering at the ‘Massachusetts Institute of Technology’ while his paternal grandfather was a lawyer, and one time Speaker of the Tennessee House of Representatives.

Wilson attended several schools, including Magdalen College School, Oxford, England, ending up at the George School in eastern Pennsylvania. He went on to Harvard College at age 16, majoring in Mathematics and, on two occasions, ranked among the top five in the William Lowell Putnam Mathematical Competition. He was also a star on the athletics track, representing Harvard in the Mile. He graduated from Harvard University in 1956.

In 1961 Wilson received a Ph.D. from the California Institute of Technology, where he completed a dissertation under Murray Gell-Mann (winner of the Nobel Prize for Physics in 1969) and Francis Low. He did post-doc work at Harvard and CERN. Wilson joined Cornell University in 1963 in the Department of Physics as a junior faculty member, becoming a full professor in 1970. He also did research at SLAC during this period.

Kenneth G. Wilson met Alison Brown who was working for Cornell Computer Services in 1975. They got married in 1982.

Wilson found high school boring and dull. He loved to play oboe and he was a good athlete. He had represented Harvard for marathons. Folk dance was Wilson’s hobby. Cornell University had a reputed folk dancing group. This was one of the reasons behind him accepting Cornell University’s offer of a professorship. 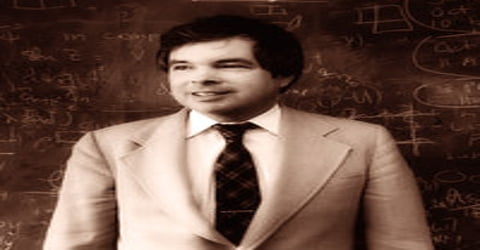 In 1962, Kenneth G. Wilson’s first professional job was working for the European Organization for Nuclear Research (CERN). However, he only stayed in this position for one year, until 1963. He then went on to work as a Ford Foundation Fellow for a few months. Later on, still in 1963, Kenneth G. Wilson got a teaching job at Cornell University. Here, he worked as an assistant professor at first.

Wilson came to ‘Cornell University’ as an Assistant Professor in September of 1963. He was then promoted as an Associate Professor in 1965 and in 1971 he became a Full Professor. In 1974, he became ‘the James A. Weeks’ Professor at the University. He remained at Cornell ever since. During 1969 – 70 he worked at the Stanford Linear Accelerator Center.

While working on CERN, Wilson also continued to research. One of his main topics of study was in particle theory. He wrote several papers on the subject. Throughout the next couple of years, he was often promoted.

Wilson was a co-winner of the Wolf Prize in physics in 1980, together with Michael E. Fisher and Leo Kadanoff. His other awards include the A.C. Eringen Medal, the Franklin Medal, the Boltzmann Medal, and the Dannie Heinemann Prize. He was elected to the National Academy of Science and the American Academy of Arts and Science, both in 1975 and also was a member of the American Philosophical Society.

Kenneth G. Wilson did his prizewinning work on phase transitions while at Cornell. Second-order phase transitions of matter take place at characteristic temperatures (or pressures), but unlike first-order transitions, they occur throughout the entire volume of a material as soon as that temperature (called the critical point) is reached. One example of such a transition is the complete loss of ferromagnetic properties of certain metals when they are heated to their Curie points (about 750° C for iron). Wilson’s work provided a mathematical strategy for constructing theories that could apply to physical systems near the critical point. From 1988 Wilson taught at Ohio State University.

Wilson researched extensively on elementary particle theory. He presented ‘a short distance expansion for operator products’ in a paper, in 1964. He discussed ‘how the renormalization group might apply to strong interactions’ in a paper in 1969. He researched to unlock the potential of the renormalization group approach in other areas of classical and modern physics. He continued to work on statistical mechanics, specifically, the ‘Monte Carlo Renormalization Group’, applied to the ‘three dimensional Ising model’.

While still working at Cornell University, in 1970s Wilson spent much of his time working with other groups as well. During this decade he worked at the Stanford Linear Accelerator Center (1969-1970), at the Institutes for Advanced Study at Princeton University (1972), at Caltech (1976), and at the IBM Zurich Laboratory (1979-1980).

Kenneth G. Wilson was appointed as Cornell’s Director of the Center for Theory and Simulation in Science and Engineering (now known as the Cornell Theory Center), one of five national supercomputer centers created by the National Science Foundation, in 1985. Wilson left Cornell for Ohio State University, where he helped found the ‘Physics Education Research Group’, in 1987. In 1988, Dr. Wilson joined the faculty at The Ohio State University, moved to Gray, Maine in 1995. He continued his association with Ohio State University until he retired in 2008. In Ohio, he focused on physics and science education. Prior to his death, he was actively involved in research on physics education and was an early proponent of “active involvement” (i.e. Science by Inquiry) of K-12 students in science and math. 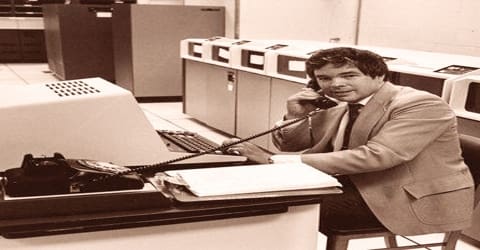 Wilson devised a universal “divide-and-conquer” strategy for calculating how phase transitions occur, by considering each scale separately and then abstracting the connection between contiguous ones, in a novel appreciation of renormalization group theory. This provided profound insights into the field of critical phenomena and phase transitions in statistical physics enabling exact calculations. One example of an important problem in solid-state physics he solved using renormalization is in quantitatively describing the Kondo effect. Wilson then extended these insights on scaling to answer fundamental questions on the nature of quantum field theory and the operator product expansion and the physical meaning of the renormalization group.

In 1975, Kenneth G. Wilson was elected to the ‘National Academy of Sciences’ and ‘the American Academy of Arts and Sciences’.

In 1980 Wilson was awarded Israel’s ‘Wolf Prize’ in Physics and an ‘honorary Doctorate of Science’ from Harvard University in 1981.

In 1982 Kenneth G. Wilson was awarded the Nobel Prize in Physics for his work on critical phenomena using the renormalization group.

In 1984, Wilson was elected to ‘the American Philosophical Society’. His other awards include the ‘A.C. Eringen Medal’, the ‘Franklin Medal’, the ‘Boltzmann Medal’, and the ‘Dannie Heinemann Prize’.

Kenneth Geddes Wilson died seven days after his 77th birthday in Saco, Maine on June 15, 2013. His cause of death was complications due to lymphoma.

Wilson’s work in physics involved the formulation of a comprehensive theory of scaling: how fundamental properties and forces of a system vary depending on the scale over which they are measured. He also pioneered our understanding of the confinement of quarks inside hadrons, utilizing lattice gauge theory, and initiating an approach permitting formerly foreboding strong-coupling calculations on computers. On such a lattice, he further shed light on chiral symmetry, a crucial feature of elementary particle interactions.

Throughout all of Wilson’s research over his long career, he made several important discoveries and wrote many papers on what he learned. One of the major contributions he made was that of the Theory of Scaling. This theory states that the forces and properties vary based on what scale they are being measured. He created a version of quantum chromodynamics (QCD) on a space-time lattice that made it possible for the first time to analyze the very strong forces that bind quarks together.

Wilson became the Director of ‘the Center for Theory and Simulation in Science and Engineering’ (Cornell Theory Center) – one of five national supercomputer centers created by the ‘National Science Foundation’ in 1985. He became the ‘Hazel C. Youngberg Trustees Distinguished Professor’ at The Ohio State University’s Department of Physics, in 1988. Wilson was engaged in educational reform as a ‘Co-Principal Investigator’ on Ohio’s ‘Project Discovery’, one of the National Science Foundation’s Statewide Systemic Initiatives.