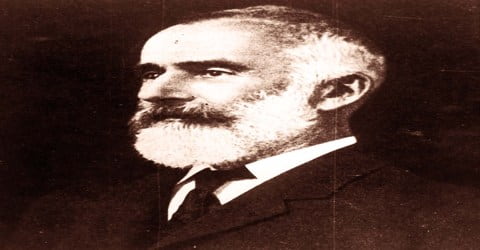 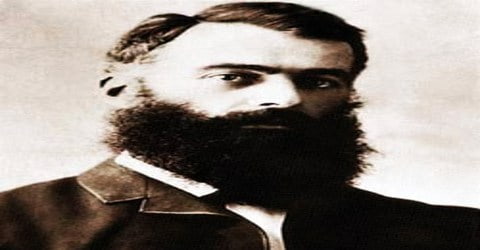 An Australian aviation pioneer, inventor, aeronautical pioneer, engineer, and astronomer, Lawrence Hargrave was born on the 29th January 1850 in Greenwich, England to John Fletcher and Ann Hargrave. He was born and educated in England and immigrated to Australia at the age of 15.

Very early in life, Hargrave became an explorer and undertook voyages to New Guinea in the 1870s. He later joined as an assistant astronomical observer at the Sydney Observatory. After inheriting his late father’s wealth in the mid-1880s, he gave up employment to focus on researching the difficulties of human flight. For this purpose, he observed and studied the flight of birds and insects. He developed several plane models in the late nineteenth century and applied to them the principle of his inventions like the rotary engine and box kite. These discoveries formed the foundation of early aviation. As an inventor, he was extremely optimistic and constantly persevered towards his goals.

Lawrence Hargrave was also a humble and generous person as he never bothered to patent his various inventions. His only purpose was to contribute to the advancement of human knowledge. As with most pioneers, he was not sufficiently honored during his lifetime but came to be regarded highly when his contribution to aviation history became evident. 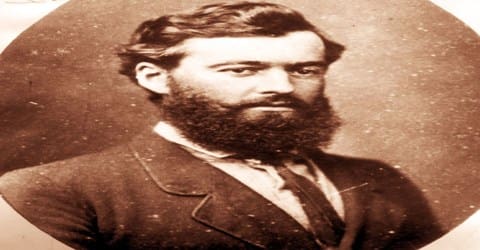 On 29th January 1850, Lawrence Hargrave was born in Greenwich, England to John Fletcher Hargrave, later Attorney-General of NSW and Ann, née Hargrave. At some stage, Ann Hargrave had her husband committed to an asylum, and he never forgave her for it. Later, in 1856 John Fletcher Hargrave went to live in New South Wales taking two of his sons, Ralph and Edward, with him. Ann Hargrave remained in England. Hargrave, Sr. eventually became a politician as well as a judge in New South Wales.

Hargrave was educated at Queen Elizabeth’s Grammar School, Kirkby Lonsdale, Westmorland, where there is now a building named in his honor. He immigrated to Australia with his family, arriving in Sydney on 5th November 1865 on the ‘La Hogue’. With his father’s consent, he soon undertook a trip on the ‘Ellesmere’ to the Gulf of Carpentaria and circumnavigated Australia.

Meanwhile, Hargrave failed his matriculation examination and took an engineering apprenticeship with the Australasian Steam Navigation Company, Sydney, in 1867. He worked there for five years, doing his learning. Studies included a design which would later be useful when he started his inventions.

On 7th September 1878, Lawrence Hargrave married Margaret Preston, daughter of a Sydney shipping clerk, David Johnston. The couple had six children together, one of whom died in childhood. During World War I, in May 1915, Hargrave lost his only son Geoffrey at the Battle of Gallipoli.

Lawrence Hargrave left an estate valued over £20,000 for his wife and four daughters. Mrs. Hargrave finally settled in England.

As an engineer, Lawrence Hargrave participated in expeditions to New Guinea on the brig Maria in 1872, 1875, and 1876, and in 1878 he accepted a position as an astronomical assistant at the Sydney Observatory. From October 1875 to January 1876 he was exploring the hinterland of Port Moresby under Octavius Stone, and in April 1876 went on another expedition under Luigi D’Albertis for over 400 miles up the Fly River on the SS Ellengowan. 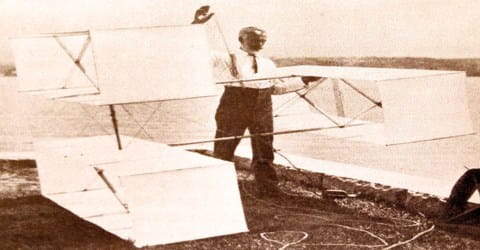 The Maria was wrecked on Bramble Reef, and although many lives were lost, Hargrave survived. He went on various other voyages of exploration in around Australasia and in July 1877 became an elected member of the Royal Society of New South Wales.

Hargrave traveled around the pearling industry for Parbury Lamb and Co. in 1877. When he returned to Sydney, he joined the Royal Society of New South Wales. In 1878, he joined Sydney Observatory as an assistant astronomical observer. He continued in this job for the next five years and retired in 1883 with a fair amount of practical knowledge. He was a freemason. He was there to observe the transit of Mercury in 1881 and the brilliant sunsets caused by the eruption of Krakatoa in Indonesia 1883.

Since childhood, Hargrave was interested in all kinds of experiments, especially those with aircraft. After inheriting his late father’s wealth in 1885, he resigned from paid employment and focussed on full-time research about difficulties connected with human flight. He studied the flight of birds for some time and conducted his flying machine experiments in Stanwell Park. During his lifetime, Hargrave conducted many experiments and invented several machines. However, he never applied for any patent as he sincerely believed in sharing scientific advancements. His conclusions, which were published in a series of papers to the Royal Society of New South Wales, are a testimony to his success in his experiments with flying-machine motors and cellular kites.

In August 1884, Hargraves presented his first report on experiments relating to flying machines to the Royal Society. He inherited money when his father died in 1885, and he gave up paid employment to concentrate on his inventions, settling at Stanwell Park north of Sydney. By 1887 he was working on the idea of the machine substantial enough to carry a person, and in 1889, he produced his first invention: a compressed air engine powered by three rotating cylinders. His next design was the box kite in 1892.

Hargraves invented a rotary engine which failed to attract the required attention, in 1889. Although the engine was effective, the weight and quality of materials available then made it difficult to build an independent flying machine. The engine was later developed again by the Seguin brothers in 1908 and its principle was extensively used in early aviation.

After confirming the superior lifting qualities of cambered wings in 1893, Hargraves began experimenting with kites. He is best remembered for the introduction of the cellular kite, or box kite, as it is now known. Throughout the 1890s he worked on various engines but never managed to fulfill his dream of building an engine capable of flight.

On 12th November 1894, Hargrave successfully lifted 4.8 meters (almost 16 feet) himself off the ground under a train of four of his box kites at Stanwell Park Beach. He used models to demonstrate that a vertical tailpiece increased stability, and he built and flew a variety of models, some of which were powered by compressed air. Hargrave also carried an anemometer and clinometer to measure the wind speed and the angle of the kite line. The experiment with the box kite established it as a steady aerial platform and helped those working toward powered flight. Eventually, the box-kite came to be used extensively for meteorological observations. Soon, the theory of the box kite was applied to gliders. In October 1906, Alberto Santos-Dumont applied it in his aeroplane to make his first flight. The box-kite became the common kind of aeroplane in Europe till 1909.

Lawrence Hargrave’s work inspired Alexander Graham Bell to begin his own experiments with a series of tetrahedral kite designs. However, Hargrave’s work, like that of many other pioneers, was not sufficiently appreciated during his lifetime. His models were offered to the premier of New South Wales as a gift to the state, and it is generally incorrectly stated that the offer was not accepted. It is not clear what really happened, but there appears to have been delayed in accepting the models, and in the meantime, they were given to some visiting German professors who handed them to the Munich museum. Hargrave also conducted experiments with a hydroplane, the application of the gyroscopic principle to a “one-wheeled car”, and with ‘wave propelled vessels’.

In 1899 Hargrave visited England, where he read papers describing his work and exhibited his models. The box kite, which was a significant step in the evolution of biplane aircraft structures, represents Hargrave’s most important contribution to the invention of the airplane.

Professor Richard Threlfall, in his presidential address to the Royal Society of New South Wales in 1895, mentioned Lawrence Hargrave as the “inventor of human flight”.

In 1947, the Lower Coast Road in New South Wales, Australia was renamed after him. Thereafter, the popular tourist drive has been known as the Lawrence Hargrave Drive and connects Wollongong and Sydney.

From 1966 to 1994, the back side of the Australian $20 banknote featured a picture of Hargrave along with his gliders.

After undergoing surgery for appendicitis, Lawrence Hargrave suffered from peritonitis and died on 6th July 1915. He was buried in Waverley Cemetery.

Lawrence Hargrave had many inventions to his credit. The three most important ones are: firstly, the study of curved aerofoils, secondly, the box kite (1893), which significantly advanced the lift to drag ratio of early gliders and thirdly, the rotary engine, which powered the aircraft of the early 20th century.

Hargraves models are held by the Museum of Applied Arts and Sciences in Sydney New South Wales. His image appeared on the Australian twenty dollar bill between 1966 and 1994 showing his profile and his box-kites. Two Australian universities commemorate Hargrave: Sydney University with The Lawrence Hargrave Professor of Aeronautical Engineering and Monash University with the Hargrave-Andrew Engineering and Sciences Library.

Australia’s largest airline Qantas named its fifth Airbus A380 aircraft (registration VH-OQE) after Lawrence Hargrave. A new technology building at his former school in Kirkby Lonsdale, England was named in his honor in 2017.