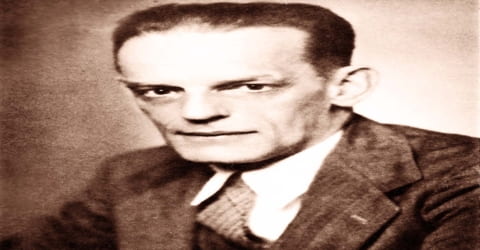 A South African-born American microbiologist who won the 1951 Nobel Prize for Physiology or Medicine for his development of a vaccine against yellow fever, Max Theiler was born on 30 January 1899 in Pretoria, then the capital of the South African Republic (now South Africa).

Theiler was the first African-born Nobel laureate. Born in Pretoria as the son of a veterinary bacteriologist, he was exposed to the field of medicine from a young age. He graduated from the University of Cape Town Medical School and went to London for his post-graduate work. He eventually earned a diploma in tropical medicine and hygiene from the London School of Hygiene and Tropical Medicine following which he moved to the United States to do research at the Harvard University School of Tropical Medicine. After working on issues related to amoebic dysentery and rat bite fever, he focused upon the study of yellow fever and began working on developing a vaccine against the disease.

His early research proved that the yellow-fever virus could be transmitted to mice. Theiler later extended this research to show that mice that were given serum from humans or animals that had been previously infected with yellow fever developed immunity to this disease. From this research, he developed two different vaccines in the 1930s, which were used to control this incurable tropical disease. For his work on the yellow fever vaccine, Theiler was awarded the Nobel Prize in medicine or physiology in 1951. He authored several scientific papers and contributed to two books, ‘Viral and Rickettsial Infections of Man’ and ‘Yellow Fever.

A leading scientist in the development of the yellow fever vaccine, Max Theiler was born on 30 January 1899, in Pretoria, South African Republic (present-day South Africa), to Arnold Theiler and Emma. His father was a prominent veterinary bacteriologist. Both his parents had emigrated from Switzerland.

Max Theiler married Lillian Graham in 1928, and they had one daughter. Max Theiler was not enthralled with medicine and had not intended to become a general practitioner. He was frustrated by the ineffectiveness of most medical procedures and the lack of cures for serious illnesses. After finishing his medical training in 1922, the 23-year-old Theiler obtained a position as an assistant in the Department of Tropical Medicine at Harvard Medical School. His early research, highly influenced by the example and writings of American bacteriologist Hans Zinsser, focused on amoebic dysentery and rat-bite fever. From there, he developed an interest in the yellow fever virus.

After becoming assistant to Andrew Sellards, Theiler started working on yellow fever. In 1926, they disproved Hideyo Noguchi’s hypothesis that yellow fever was caused by the bacterium Leptospira icteroides. In 1928, the year after the disease was identified conclusively as a virus, they showed that the African and South American viruses are immunologically identical. (This followed Adrian Stokes’ inducing yellow fever in rhesus macaques from India). In the course of this research, Theiler contracted yellow fever, but survived and developed immunity.

In 1930, Theiler joined the staff of the International Health Division of the Rockefeller Foundation; he worked with the foundation for over three decades. There he continued his work on yellow fever and demonstrated that the disease could be readily transmitted to mice. His discovery that the disease could be transmitted to mice facilitated the vaccine research. After years of rigorous research, Theiler and his team developed the first attenuated or weakened, a strain of the virus which led to the development of a vaccine against yellow fever in 1937. Over the next few years, the Rockefeller Foundation produced more than 28 million doses of the vaccine which were given away to people in tropical countries and the United States.

With the discovery in 1928 that rhesus monkeys were susceptible to the virus responsible for yellow fever, researchers began to develop vaccines against the disease. Theiler discovered that the common mouse is also susceptible to the yellow fever virus, a finding that facilitated the vaccine research. In the late 1930s, Theiler developed the first attenuated or weakened, a strain of the virus. Further studies led to the development of the improved 17D strain that became widely used for human immunization against yellow fever.

In 1931, Theiler developed the mouse-protection test, which involved mixing yellow-fever virus with human blood and injecting the mixture into a mouse. If the mouse survived, then the blood had obviously neutralized the virus, proving that the blood donor was immune to yellow fever (and had most likely developed immunity by previously contracting the disease). This test was used to conduct the first worldwide survey of the distribution of yellow fever.

In 1937, Max Theiler discovered a filterable agent that was a known cause for paralysis in mice. He found the virus was not transmittable to rhesus macaques, and that only some mice developed symptoms. The virus is now referred to as Theiler’s murine encephalomyelitis virus. The virus has been well characterized, and now serves as a standard model for studying multiple sclerosis. From 1940 to 1947, with the financial assistance of the Rockefeller Foundation, more than 28 million 17D-strain vaccines were produced, at a cost of approximately two cents per unit, and given away to people in tropical countries and the United States. The vaccine was so effective that the Rockefeller Foundation ended its yellow-fever program in 1949, safe in the knowledge that the disease had been effectively eradicated worldwide and that any subsequent outbreaks could be controlled with the new vaccine. Unfortunately, almost all yellow-fever research ended around this time and few people studied how to cure the disease. For people in tropical climates who live outside of the major urban centers, yellow fever is still a problem.

In 1951, Theiler became the Director of Laboratories of the Rockefeller Foundation’s Division of Medicine and Public Health, New York. In addition to his work on yellow fever, he also performed important research on the causes and immunology of disorders like Weil’s disease, dengue fever, and Japanese encephalitis. He authored numerous papers which were published in ‘The American Journal of Tropical Medicine’ and ‘Annals of Tropical Medicine and Parasitology’. He also contributed to two books, ‘Viral and Rickettsial Infections of Man’ (1948) and ‘Yellow Fever’ (1951).

After retiring from the Rockefeller Foundation in 1964, Theiler became a professor of epidemiology and microbiology at Yale University, where he remained until 1967.

Max Theiler was awarded the Royal Society of Tropical Medicine and Hygiene’s Chalmers Medal in 1939, and Harvard University’s Flattery Medal in 1945.

Theiler was presented with the American Public Health Association’s Lasker Award in 1949.

Theiler received the 1951 Nobel Prize in Physiology or Medicine “for his discoveries concerning yellow fever and how to combat it”.

After developing the yellow-fever vaccine, Theiler turned his attention to other viruses, including some unusual and rare diseases, such as Bwamba fever and Rift Valley fever. His other, less exotic research focused on polio and led to his discovery of a polio-like infection in mice known as encephalomyelitis or Theiler’s disease.

Theiler is best remembered for developing a vaccine against yellow fever. The vaccine, which is made from a weakened yellow fever virus, is listed on the World Health Organization’s List of Essential Medicines and is counted amongst the most important medications needed in a basic health system.