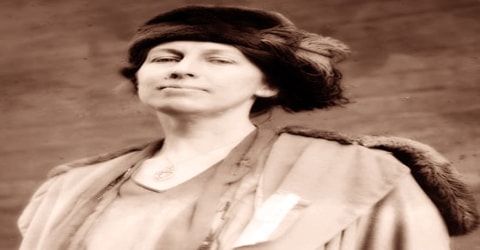 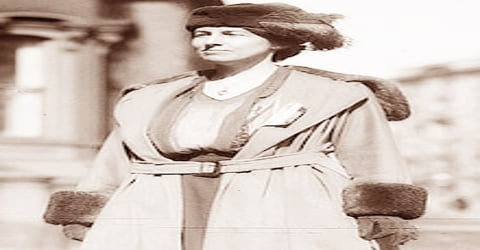 An English-born American civil engineer, architect, and suffragist whose professional and political activities built on her family’s tradition of women leaders, Nora Stanton Barney was born 30th September 1883 in Basingstoke, Hampshire, England, to William Blatch and Harriot Eaton Stanton. Barney was among the first women to graduate with an engineering degree in the United States. She was the granddaughter of Elizabeth Cady Stanton. Her maternal grandmother was a leader of the suffragette movement in the United Kingdom.

While receiving a formal education was still uncommon for American women in the early 20th century, Barney went further by embarking on an engineering career and worked for the American Bridge Company and for the New York City Board of Water Supply. As the daughter of women’s rights activist Harriot Stanton Blatch, Nora inherited her mother’s passion for the cause. Along with her hectic career, she was also deeply involved with the women’s suffrage movement. She was once married to Lee De Forest, who invented the radio vacuum tube. Being his wife, she worked for his company until the couple separated and eventually divorced because her husband was intimidated by her independent spirit and professional ambition. She re-established her career after her separation and worked for the Radley Steel Construction Company and the New York Public Service Commission. She also began working as an architect while remaining active on the women’s rights movement as well, becoming the president of the Women’s Political Union in 1915.

Barney studied Latin and mathematics at the Horace Mann School in New York, beginning in 1897, returning to England in the summers. The family moved to the United States in 1902. Nora attended Cornell University, graduating in 1905 with a degree in civil engineering. She was Cornell University’s first female engineering graduate. The same year, she was accepted as a junior member of the American Society of Civil Engineers (ASCE), becoming the first woman to do so.

Upon graduating Barney became one of the earliest women to graduate with a degree in civil engineering. Her Master’s thesis was: An Experimental Study of the Flow of Sand and Water in Pipes under Pressure.

Nora Stanton Barney married the prominent inventor Lee de Forest in 1908. The marriage, however, broke down quickly as her husband expected her to become a conventional housewife instead of pursuing her professional ambitions. The couple separated within a year of their marriage and divorced in 1911. One daughter was born from this marriage.

In 1919 Nora Stanton Barney again married Morgan Barney who was a marine architect. The couple had two children and raised their family in Greenwich, Connecticut. Their daughter, Rhoda Barney Jenkins, born 12th July 1920, in New York, was an architect and social activist.

Nora Stanton Barney became the first woman in the United States to obtain a degree in civil engineering, in 1905; the same year, she became the first woman to be admitted as a member (with junior status) of the American Society of Civil Engineers (ASCE). She worked for the American Bridge Company in 1905-06 and for the New York City Board of Water Supply. During this time she became acquainted with Lee De Forest, inventor of the radio vacuum tube, and entered into a romantic relationship with him. She then quit her job and took classes in mathematics at the Columbia University so that she could assist De Forest in his work, whom she married in 1908. Barney worked for her husband’s company in New Jersey until 1909, when they were separated (they divorced in 1911).

Nora Stanton Barney took up a position as an engineer with the Radley Steel Construction Company, in 1909. Three years later she started working as an assistant engineer for the New York Public Service Commission. At the same time, Nora Stanton Barney was involved in the suffrage movement.

Always an independent-minded woman, Nora Stanton Barney was dedicated to the women’s rights movement in addition to managing her career. Following in the footsteps of her mother and grandmother, Nora campaigned heavily for the cause of women’s suffrage from 1909 to 1917. Barney became the president of the Women’s Political Union in 1915. She was also the editor of the union’s journal.

Barney was the first female member of the American Society of Civil Engineers, where she was allowed to be a junior member only and denied advancement to associate member in 1916 solely because of her gender. At the time, women were only admitted as junior members. Barney sued the American Society of Civil Engineers (ASCE) for refusing to admit her as a full member, even though she met all requirements, in 1916. Blatch lost, and no woman became a full ASCE member for a decade.

Barney continued to work for equal rights for women and world peace, and in 1944 authored World Peace Through a People’s Parliament. She worked as a real-estate developer and political activist until her death in Greenwich, Connecticut on 18th January 1971. She also remained involved with political and women’s rights activism till the very end, authoring pamphlets such as ‘Women as Human Beings’ (1946).

When Barney reached the age limited for junior members of the Association of Civil Engineers, her membership was terminated her. The board declined her application for associate membership. Barney then took the matter to court, but the New York State Supreme Court upheld the association’s decision not to allow her associate membership.

Nora Stanton Blatch became the first woman to be accepted as a junior member of the American Society of Civil Engineers (ASCE), in 1905.

In 2015, Barney was granted posthumous association membership of the Association of Civil Engineers, and in August of that year, she became a fellow of the association. 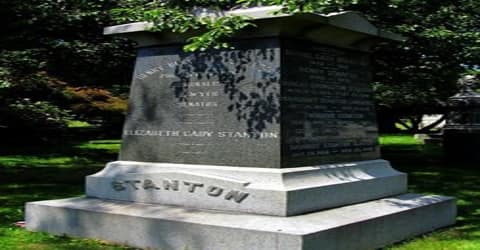