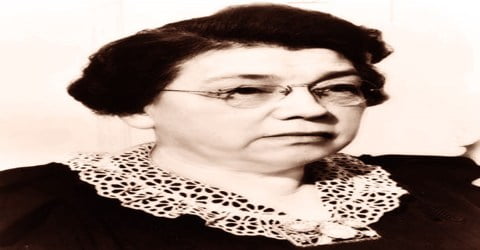 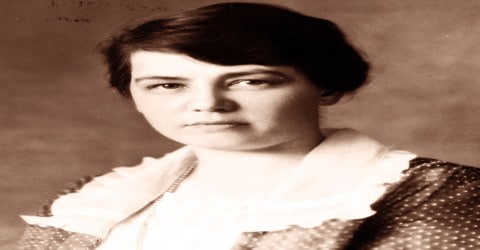 An American female engineer, who was the first woman to become a member of the American Railway Engineering Association, Olive Dennis was born on 20th November 1885, in Thurlow, Pennsylvania, U.S. and grew up in Baltimore. Her design innovations changed the nature of railway travel. One of the first women to obtain a Civil Engineering degree from Cornell University, she found it difficult to find a meaningful job after her graduation solely on the basis of her gender.

Olive Dennis strived hard and eventually began working for the Baltimore and Ohio (B & O) Railroad. Since half of the railroad’s passengers were women, it was felt that a woman would be better suited to handle engineering upgrades in service. Thus Olive Dennis was made the railroad’s first “service engineer” and assigned the responsibility of improving passenger service. In a career spanning over three decades, she worked hard to make traveling as comfortable as possible for the passengers. A creative person with an innovative bent of mind, she implemented several new concepts including the railroad’s famous blue and white Colonial dining car china. She also played a major role in making the seats more attractive and comfortable for travelers. In addition, she suggested that there should be stewardesses, nurses, and other helpers on board to provide services when required. During World War II, she served as a consultant for the federal Office of Defense Transportation.

Olive Dennis, in full Olive Wetzel Dennis, was born on 20th November 1885, in Thurlow, Pennsylvania, the U.S. and moved to Baltimore as a child. She developed an interest in engineering quite early on in life. When she was 10, her father gave her a set of tools and she built a scale model of a streetcar for her younger brother complete with seats that turn over and steps that move up and down. As a teenager, Dennis attended Western High School.

In 1908, Dennis earned a Bachelor of Arts degree from Goucher College and a master’s degree in both astronomy and mathematics from Columbia University the following year. She never gave up the idea of becoming an engineer. So she went to back to school and became the second woman to graduate from Cornell University with a master’s degree in civil engineering.

Olive Dennis became only the second woman to obtain a Civil Engineering degree from Cornell University, in 1920.

After earning her master’s degree, Olive Dennis embarked on a teaching career and taught mathematics in a Washington vocational school for ten years. Even while working as a teacher she maintained her love for civil engineering and attended two summer sessions of the engineering school at the University of Wisconsin. Then she spent a full year at Cornell University and in 1920, she became only the second woman to obtain a Civil Engineering degree from Cornell. 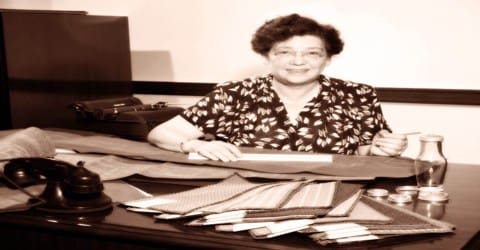 During this time, it was extremely hard for Dennis to get a job, mostly in part because she was a woman. Luckily, she eventually found work with the Baltimore and Ohio Railroad company as a draftswoman. While working here, she designed bridges.

In 1920, Olive Dennis was hired that year as a draftsman by the B & O Railroad to design bridges, the first of which was in Painesville, Ohio. The following year, the President of the railroad observed that, since half of the railway’s passengers were women, the task of engineering upgrades in service would best be handled by a female engineer. Dennis became the first “service engineer” when the B. & O. created the position. Engineering historian Kurt H. Debus described her as the first service engineer in America. Later on in her career, B. &. O. tased Dennis with designing an entire train that incorporated all of her innovations. This train, the Cincinnatian, was deemed “the crowning glory of her career” by historian Sharon Harwood. She was also the first female member of the American Railway Engineering Association.

Dennis was in charge of solving the many problems that passengers often faced while riding the railroad. Many of these jobs she had to do in this position involve making riding on the train more comfortable for passengers. Ironically enough, even though it was hard for her to work as an engineer because she was a woman, she earned his promotion in part because she was a woman, and the railroad owners figured that she would be able to solve the problems that women passengers were facing on their trains.

Dennis contributed to passenger comfort in various ways. She invented and held the patent for the Dennis ventilator, which was in the windows of certain cars and could be controlled by passengers. She also played a major role in air-conditioning the coaches, dimming overhead lights, reclining individual seats, and creating stain-resistant upholstery. It’s estimated that she traveled between a quarter and a half a million miles on trains, identifying and solving passenger problems along the way.

Dennis also invented a type of stain-resistant material for the train seats.  She also provided passengers with better seating, less irritating lighting, and easy-to-understand schedules. Her improvements in passenger comfort on trains made the transportation industry more competitive. Buses and other trains tried to match her achievements. Because of her, many different types of public transportation became more comfortable.

Olive Dennis worked out solutions that ranged is scope from the size of dressing rooms to the dishes offered on dining car menus.  The New York Times reported that “She would rather puzzle over the arrangement of doors and cabinets to avoid blocked passages or detect flaws in the construction of a Pullman berth than compose a color scheme for a new club car,” but she could do both.  In the mid-1940s, Dennis helped design an entire state-of-the-art luxury passenger train including a streamlined “shroud”, which covered the front of the locomotive and made it easier for mechanics to repair the engine!

During World War II, Olive Dennis served as a consultant for the federal Office of Defense Transportation. She did this until the end of the war. After the war, Dennis continued to work on railroads until she retired in 1951.

Olive Dennis was named as one of the nation’s 100 outstanding career women, in 1940.

On 5th November 1957, Olive Dennis died, in Baltimore, Maryland, at the age of 71. Throughout her life she spoke to groups about her life and career, encouraging other women to pursue their own interests.

Dennis was a pioneering genius in the railroad industry, one of the most remarkable women engineers of her time. Over the course of her three-decade-long career, she made rail travel more comfortable for passengers with her innovations and was the inventor of the Dennis ventilator, which was in the windows of passenger cars and could be controlled by passengers.

Olive Dennis said, “No matter how successful a business may seem to be, it can gain even greater success if it gives consideration to the woman’s viewpoint.” Although the changes were not enough to save the passenger rail industry in America, Ms. Dennis’ unique perspective as a traveling woman with training as a technical engineer influenced the travel industry nationwide.