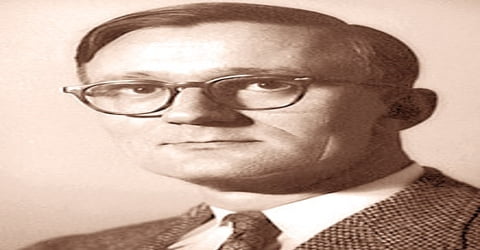 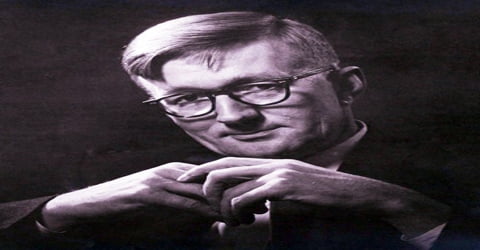 A German-American physicist who, with Willis E. Lamb, Jr., was awarded the Nobel Prize for Physics in 1955 for his accurate determination that the magnetic moment of the electron is greater than its theoretical value, thus leading to reconsideration of and innovations in quantum electrodynamics, Polykarp Kusch was born on January 26, 1911, in Blankenburg, Germany, to John Matthias Kusch and Henrietta van der Haas.

In 1955, the Nobel Committee gave a divided Nobel Prize for Physics, with one half to going to Kusch for his accurate determination that the magnetic moment of the electron was greater than its theoretical value, thus leading to a reconsideration of and innovations in quantum electrodynamics. The other 1955 physics laureate was Willis Eugene Lamb, who won for his work on the spectrum of hydrogen.

Kusch worked under Isidor Isaac Rabi in carrying out various experiments on the magnetic resonance of molecular beams. He proved that the magnetic moment of an electron was greater than its theoretical value by measuring it accurately with the help of magnetic resonance methodology. His measurement of the electron’s magnetic moment in a hydrogen atom was used to correct some of the anomalies in earlier findings. His discovery had a great impact on the study of Quantum Electrodynamics or QED as all of the theories existing until then had to be revised after considering the findings made by him. He shared the Nobel Prize with Willis E. Lamb who had also done the same deductions independently. He was a mechanical genius and designed and built his own apparatus for carrying out the experiments. Designing his own apparatus to the last screw gave him immense pleasure and to him, it looked like getting the answers to his questions as the apparatus took its shape. His findings helped develop MRI technology later. His association with ‘Columbia University’ was for more than 30 years during which he worked with other institutions as well. 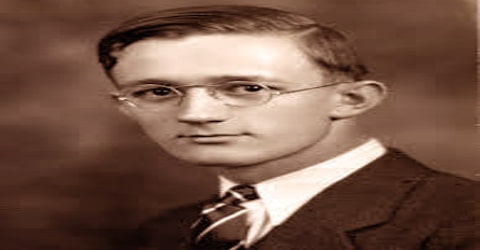 A German-American physicist, Polykarp Kusch was born in Blankenburg, Germany on January 26, 1911. His father was a Lutheran clergyman named John Mathias Kusch and his mother was Henrietta Van Der Haas who wrote juvenile novels and was moderately successful at it. His family immigrated to America when he was only one year old. He received his US citizenship in 1922.

Kusch attended public schools in Cleveland and became a naturalized American citizen in 1922 at the age of eleven. After his high school graduation in 1927, he matriculated at Cleveland’s Case School of Applied Science (later named Case Western Reserve University), intending initially to study chemistry and chemical engineering. His interests soon changed to physics and he graduated with a bachelor of science degree with a major in physics in 1931. Later in life, he observed: “From the start, I felt more adapted to physics than to something like engineering. To me, engineering was a matter of cookbooks and heavy economic motivations.”

Kusch moved to the ‘University of Illinois’ at the Urbana-Champaign and started working under Professor F. Wheeler Loomis on optical molecular spectroscopy. He completed his MS in Physics from there in 1933 and his Ph.D. in 1936. He also worked with Professor John T. Tate at the ‘University of Minnesota’ and studied mass spectroscopy from 1936 to 1937.

Polykarp Kusch married Edith Starr McRoberts on August 12, 1935, and had three daughters from the marriage.

After the death of Edith in 1959, Kusch married Betty Pezzoni in 1960 and had two daughters with her.

Polykarp Kusch was an opponent of nuclear proliferation and also spoke out against the Catholic Church for imposing its edicts on birth control. He campaigned for the freedom of Jews living in the Soviet Union so that they could immigrate to some other country. Kusch was a voracious reader and liked to read books that did not deal with any scientific topic. He had a habit of reading a 26-volume Oxford English Dictionary before going to bed every night. 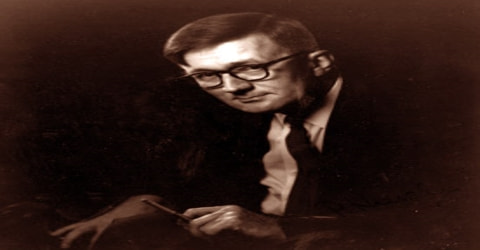 In 1937, at Columbia University, he worked with the physicist Isidor I. Rabi on studies of the effects of magnetic fields on beams of atoms. He spent the wartime years in research on radar and returned to Columbia in 1946 as professor of physics, a position he held until 1972. Among other posts held by Kusch at Columbia were department chairman (1949-52, 1960-63), director of the radiation laboratory (1952-60), and academic vice president and provost (1969-72).

With the outbreak of the Second World War Kusch joined the ‘Radiation Laboratory’ of the ‘National Defense Research Committee’ and worked on high-frequency oscillators for use in radars. Kusch joined the ‘War Research’ group at the ‘Columbia University’ in 1942 and carried out various experiments till 1944. During the Second World War, he worked at the Bell Laboratories of Westinghouse Electric as a research Engineer from 1944 to 1946 and carried out research work on vacuum microwave generators and vacuum tubes. He taught physics at the ‘Columbia University’ from 1946 to 1949.

Kusch spent much of his career as a professor at Columbia University in New York City and served as the university’s provost for several years before departing for the newly created University of Texas at Dallas. He worked on molecular beam resonance studies under I. I. Rabi, then discovered the electron anomalous magnetic moment. Many measurements of magnetic moments and hyperfine structure followed. He expanded into chemical physics and continued to publish research on molecular beams. During his tenure at Columbia, he was the doctoral supervisor for Gordon Gould, the inventor of the laser.

In 1947, through precise atomic beam studies, Kusch demonstrated that the magnetic properties of the electron were not in agreement with existing theories. Subsequently, he made accurate measurements of the magnetic moment of the electron and its behavior in hydrogen. In work characterized by great accuracy and reliability, he measured numerous atomic, molecular, and nuclear properties by radio-frequency beam techniques.

In addition to his research, Kusch emerged as an exceptional teacher and academic executive. Besides serving as department chairman, Kusch was promoted to academic vice president and provost of the entire university from 1969 to 1972. In 1972 he took a position as professor of physics at the University of Texas in Dallas, where he retired as professor emeritus in 1982. Kusch’s interests extended beyond physics to humanitarian concerns including problems of hunger, the plight of Soviet Jews wishing to emigrate, and the human costs of the Vietnam War.

Polykarp Kusch was awarded the Nobel Prize for Physics in 1955. He was inducted into the ‘National Academy of Sciences’ in 1956.

Kusch won the ‘Alexander Hamilton Medal’ in 1961 and the ‘Great Teacher Award’ from the ‘Columbia University’. He also received the ‘Amoco Foundation Outstanding Teaching Award’ and the ‘Illini Achievement Award’ from the ‘University of Illinois.

Kusch was made a ‘Fellow of Behavioral Science’ by the ‘Stanford University’ from 1964 to 1965.

Polykarp Kusch died in Dallas, Texas, USA on March 20, 1993, at the age 82 after having a succession of strokes over a period.

In 1959 Columbia honored Kusch with its Great Teacher Award. Throughout his career, he taught classes to freshmen and sophomore students. He made a point of preparing his undergraduate lectures as carefully as his advanced graduate seminars and his intricate experiments. He also received honorary degrees from eight colleges and universities, including the University of Illinois in 1961 and Columbia University, where he spent the years of his greatest scientific productivity, in 1983.

Kusch House, a residential dormitory for undergraduate students at Case Western Reserve University in Cleveland, Ohio on the South Campus is named after Kusch. It is located on Carlton Road in Cleveland Heights.