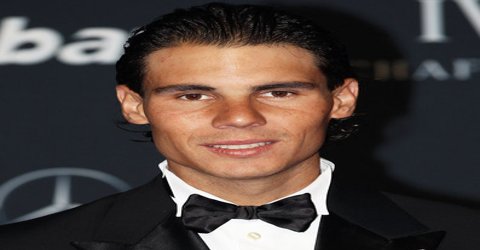 Rafael Nadal, in full Rafael Nadal Parera, byname Rafa Nadal was born on June 3, 1986, in Manacor, Mallorca, Spain. He is a Spanish tennis player who emerged in the early 21st century as one of the game’s leading competitors, especially noted for his performance on clay. He won a record nine career French Open championships.

With an innate talent in both football and tennis, he chose the latter as his career. He began playing in junior tennis championships, and moved on to professional tennis, with the ‘ATP’ tournaments. Known mainly for his prowess on the clay court, he was on the number one spot for quite some time, before suffering from serious knee injuries that affected his game. He shares the record of bagging two Grand Slam titles on different kinds of courts, with former Swedish player Mats Wilander. He is also the first tennis player to have won Grand Slam tournaments for ten years at a stretch. The earlier record was held by Roger Federer, Björn Borg, and Pete Sampras, for having won the titles for eight years at a go. Nadal is most famous for his on-field rivalry with Swiss player Roger Federer, Serbian Novak Djokovic, and Andy Murray from Scotland. This professional player from Spain lays has 14 wins at the ‘Grand Slam’ singles, 4 ‘Davis Cup’ titles, an ‘Olympic’ gold medal, and numerous ‘ATP’ trophies to his credit

Nadal and Mats Wilander are the only two male players in history who have won at least two Grand Slam titles on three different surfaces—hard court, grass, and clay. Rafael Nadal Parera was born to an entrepreneur Sebastián and his wife Ana María Parera, on June 3, 1986, in Manacor, Spain. He has a sibling, María Isabel, who is younger to him.

When he was 3 years old, his uncle, Toni Nadal, a former professional tennis player, started working with him, seeing an aptitude for the sport in young Rafael.

At the age of 8, Nadal won an under-12 regional tennis championship, giving Uncle Toni the incentive to step up his training. Toni noticed at the time that Rafael played his forehand shots with two hands, so he encouraged him to play left-handed, thinking it could give Rafael an edge on the court.

When Nadal was just 12 years old, he won the Spanish and European tennis titles in his age group. He turned professional at age 15.

In 2007, this sportsman established the ‘Fundación Rafa Nadal’ with the objective of helping children and young adults. Apart from contributing to the development in his home town, he has also made it a point to visit India’s Anantapur city, Andhra Pradesh.

He has assisted the ‘Vicente Ferrer Foundation’, in their ‘Anantapur Educational Center project’, and has also started a tennis academy for poor children, calling it the ‘Anantapur Sports Village’.

This player is known for his contribution to social and environmental causes, especially his participation in ‘A Million Trees for the King’ programme launched in Thailand, which was aimed at planting trees to commemorate King Bhumibol.

In 2011, ‘Rafa’, an autobiography of the sportsman was published, with help from distinguished journalist, John Carlin.

This tennis player enjoys football, golf and poker, and has also played against famous poker player Vanessa Selbst in a game held in Monaco. At the age of 16, Nadal made it to the semifinals of the Boys’ Singles tournament at Wimbledon. At 17, he became the youngest male to reach the third round at Wimbledon since Boris Becker.

In the same period, he participated in the ‘Davis Cup’, defeating Andy Roddick, 3-2, in the final and bringing home the 2004 trophy for Spain. On the clay court, he was victorious in 24 consecutive games, breaking the record of maximum consecutive wins, held by Andre Agassi.

At the age of 19, in 2005, Nadal won the French Open the first time he competed in the tournament, and his world ranking shot to No. 3. Nadal won 11 singles titles that year, eight of which were on clay, and he was soon dubbed the “King of Clay.”

Nadal missed the Australian Open because of a foot injury. In February, he lost in the semifinals of the first tournament he played, the Open 13 tournament in Marseille, France. Two weeks later, he handed Roger Federer his first loss of the year in the final of the Dubai Duty Free Men’s Open (in 2006, Rafael Nadal and Andy Murray were the only two men who defeated Federer). To complete the spring hard-court season, Nadal was upset in the semifinals of the Pacific Life Open in Indian Wells, California, by James Blake, and was upset in the second round of the 2006 Miami Masters.

After a few losses in 2007, at the ‘Australian Open’ and the ‘Dubai Tennis Championships’, this famous player was victorious at the ‘Indian Wells Masters’. He also won tournaments such as the ‘Masters Series Monte Carlo’, ‘Open Sabadell Atlántico’, and ‘Internazionali BNL d’Italia’. Though Federer defeated him at the ‘Masters Series Hamburg’, Rafael defeated the former once again at the ‘French Open’ title.

In the 2009 ‘Qatar Open’, held in Doha, this remarkable player teamed up with Marc López, to win the championship’s doubles title, against the pair of Nenad Zimonjić and Daniel Nestor.

During the ‘ABN AMRO World Tennis Tournament’ held in Rotterdam, the famous tennis player suffered a serious knee injury. This affected his games, and caused him to pull out of the ‘Barclays Dubai Tennis Championships’.

With his powerful topspin-heavy shots, speed and mental toughness, Nadal reigned as one of the “Big Four” of men’s tennis (along with Federer, Novak Djokovic and Andy Murray) for the next several years. He took over as the world’s No. 1 in 2008, and won his first Australian Open in 2009. In 2010, he was triumphant at the French Open and Wimbledon, and his subsequent win at the U.S. Open made him just the second men’s player to achieve the career Golden Slam—victories at all four majors, as well as Olympic gold.

In 2011, Rafael won the ‘Mubadala World Tennis Championship’, hosted in Abu Dhabi, once again, defeating Roger Federer. In the ‘Davis Cup’, he won again, this time winning against Olivier Rochus.

In the ‘Monte-Carlo Rolex Masters’, 2012, this splendid tennis player won against Novak Djokovic, winning his eighth trophy in a row. His winning streak continued with tournaments like the ‘Barcelona Open’, and ‘French Open’.

Though he won tournaments like the Monte-Carlo Rolex Masters and Barcelona Open Banco Sabadell, he lost several championships, dropping to the rank of world no. 2. Afterward, Nadal announced he was withdrawing from the 2012 Summer Olympics due to knee tendinitis, an injury that knocked him out of action for several months.

In June 2013, Nadal won his eighth French Open title by defeating fellow Spaniard David Ferrer in straight sets. “I never like to compare years, but it’s true that this year means something very special for me,” Nadal said after the match, in an interview with ESPN. “Five months ago nobody of my team dreamed about one comeback like this because we thought that was going to be impossible. But here we are today, and that’s really fantastic and incredible.”

Later that month at Wimbledon, Nadal lost in straight sets in the first round to Belgium’s Steve Darcis. It was a shock to tennis fans who expected a strong performance from the Spanish player, leading to speculation about the state of his health and overall game. But Nadal was back on the upswing by the U.S. Open, where he defeated Djokovic to win his second championship at the tournament. The win helped propel Nadal back to the top spot in the world that October.

Nadal began his clay court season with a quarterfinal loss to David Ferrer in the Monte-Carlo Masters. He was stunned by Nicolas Almagro in the quarterfinals of the Barcelona Open. Nadal won his 27th masters (a record at the time) at the Madrid Open after Kei Nishikori retired in the third set. On 8 June 2014, Nadal defeated Novak Djokovic in the Men’s Singles French Open final to win his 9th French Open title and a 5th straight win at Roland Garros.

Nadal dropped the first set but came back in the game to win the next three sets to lift the trophy. Nadal equaled Pete Sampras’ total of 14 Grand Slam wins, the second highest number of single Grand Slam titles after Roger Federer. Nadal lost in the second round of the Halle Open to Dustin Brown the following week.

Nadal withdrew from the American swing owing to a wrist injury. He made his return at the 2014 China Open but was defeated in the quarterfinals by Martin Klizan in three sets. At the 2014 Shanghai Rolex Masters, he was suffering from appendicitis. He lost his opening match to Feliciano Lopez in straight sets. Later, he was upset by Borna Ćorić at the quarterfinals of the 2014 Swiss Indoors. After the loss, he announced that he would skip the rest of the season to undergo surgery for his appendix.

Nadal advanced through the field at the 2015 Australian Open, but his physical capabilities appeared compromised when he fell to hard-hitting Tomas Berdych in the quarterfinals. He then suffered a stunning quarterfinal loss to Djokovic at the French Open, his first defeat at the tournament since 2009 and just the second overall of his career.

After winning the 2015 MercedesCup in Germany, Nadal stumbled in a second-round loss to Dustin Brown at Wimbledon. He then fell to Fabio Fognini in the third round of the U.S. Open, snapping his streak of 10 consecutive years with at least one Grand Slam title. In 2015, at the ‘Qatar Open’, he lost the singles title to German player Michael Berrer. However, paired with Argentinian Juan Monaco, he won the doubles title in the championship. His game suffered due to injuries, during the Australian Open, where he lost against Tomáš Berdych. In the ‘Argentina Open’, Nadal won the clay-court title defeating Juan Monaco.

The 2016 season brought more mixed results for the hard-hitting Spaniard. After suffering a first-round loss at the Australian Open in January, he rebounded to win titles in Monte Carlo and Barcelona. However, Nadal’s attempts to play through a nagging wrist injury took its toll, and he was forced to pull out of his favorite tournament, the French Open, after two rounds. In 2003, this spectacular tennis player was presented with the ‘ATP Newcomer of the Year Award’.

Two years later, in 2005, he was given the ‘Golden Bagel Award’, when he won eleven straight sets without conceding a single match. The same year, he won the ‘ATP Most Improved Player of the Year Award’.

In 2006, this sportsman was felicitated with the ‘Laureus World Sports Award for Breakthrough of the Year’.

Rafael was the recipient of the ‘Prince of Asturias Award for Sports’, the ‘ATP World Tour Champion trophy’, and ‘Best International Athlete ESPY Award’, in 2008.

From 2009-2010, this popular tennis player won the ‘Golden Bagel Award’ for the second time, the ‘Stefan Edberg Sportsmanship Award’, and the ‘BBC Overseas Sports Personality of the Year’.

During 2011-2014, Nadal received prestigious honours like ‘Best Male Tennis Player ESPY Award’ and the ‘Laureus World Sports Awards’. The latter was conferred upon him on two occasions, for ‘Sportsman of the Year’, as well as ‘Comeback of the Year’.