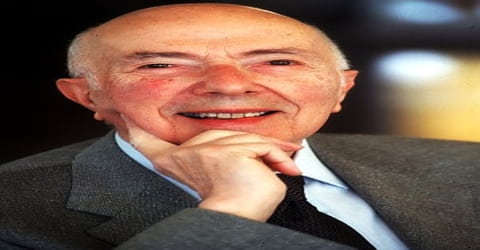 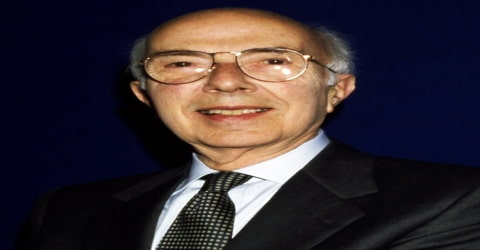 An Italian American virologist who shared the Nobel Prize for Physiology or Medicine in 1975 with Howard M. Temin and David Baltimore, both of whom had studied under him, Renato Dulbecco was born on February 22, 1914, in Catanzaro (Southern Italy), but spent his childhood and grew up in Liguria, in the coastal city Imperia. He studied at the University of Turin under Giuseppe Levi, along with fellow students Salvador Luria and Rita Levi-Montalcini, who also moved to the U.S. with him and won Nobel prizes. He was drafted into the Italian army in World War II but later joined the resistance.

A medical researcher, Dulbecco performed significant work on oncoviruses, the viruses that can cause cancer when they infect animal cells. A good student from a young age, he was deeply influenced by an uncle who was a respected physician. Motivated by him, Dulbecco decided to study medicine at the University of Turin and graduated in morbid anatomy and pathology under the supervision of Professor Giuseppe Levi. He served in the Italian army in World War II but later joined the resistance. After the war, he moved to the United States and began his research on viruses. After working with Salvador Luria on bacteriophages, he moved to Caltech on the invitation of Max Delbrück and joined his group. It was here that he began his seminal work on animal oncoviruses, especially of polyoma family. Over the course of his career, he collaborated with several other brilliant scientists including his student Howard Temin and the cancer biologist and virologist Marguerite Vogt. While working at the Imperial Cancer Research Fund (now the Cancer Research UK London Research Institute), he was a part of the team that launched the Human Genome Project. 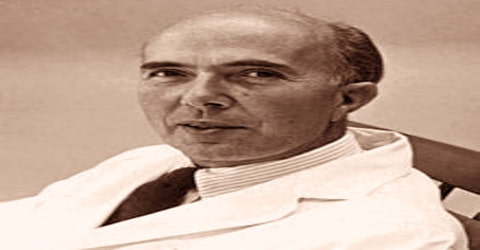 An Italian American virologist, Renato Dulbecco was born on February 22, 1914, in Catanzaro, Italy, to a Calabrese mother, Maria, and a Ligurian father, Leonardo. His father, a civil engineer, was called to serve in the army during World War I. He grew up in Liguria, in the coastal city Imperia, where he spent a lot of his leisure time at a small meteorological observatory. Visits to the observatory kindled his interest in physics.

Despite a strong interest in mathematics and physics, Dulbecco decided to study medicine. A brilliant student, he graduated from high school in 1930, at the age of just 16. His decision was strongly influenced by the respect he had for his uncle who was a doctor. At only 22, he graduated in morbid anatomy and pathology under the supervision of professor Giuseppe Levi. During these years he met Salvador Luria and Rita Levi-Montalcini, whose friendship and encouragement would later bring him to the United States.

In 1936 Dulbecco was called up for military service as a medical officer, and later (1938) discharged. He joined the University of Turin where he studied morbid anatomy and pathology under the supervision of Professor Giuseppe Levi. He graduated with an MD in 1936. During his years at Turin, he met Salvador Luria and Rita Levi-Montalcini with whom he formed long term friendships. In 1940 Italy entered World War II and Dulbecco was recalled and sent to the front in France and Russia, where he was wounded. After hospitalization and the collapse of Fascism, he joined the resistance against the German occupation.

Renato Dulbecco was married twice. His first marriage to Giuseppina Salvo, which produced a son and a daughter, ended in divorce.

His second marriage to Maureen Rutherford Muir was a happy one. The couple had one daughter. 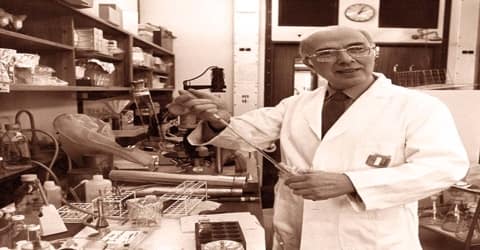 Early in his career, Renato Dulbecco concentrated on the study of viruses that cause disease and developed the method, used universally since then, to assess their activity. He gave special attention to viruses that cause tumors in animals and developed what is now a widely used technique to study their effects using cells grown in laboratory containers. These contributions are fundamental to understanding the uncontrolled growth of cells that occurs in cancer.

Italy entered World War II in 1940 and Dulbecco was once again called up for military duty. Following the collapse of Fascism, he joined the resistance against the German occupation. He resumed his work at Levi’s laboratory after the war but soon left for the United States on the invitation of Salvador Luria who was already working there. After working with Luria on bacteriophages for a while, he was invited by Max Delbrück to join the Caltech in 1949.

In the late 1950s, Dulbecco took Howard Temin as a student, with whom, and together with David Baltimore, he would later share the 1975 Nobel Prize in Physiology or Medicine for “their discoveries concerning the interaction between tumor viruses and the genetic material of the cell.” Temin and Baltimore arrived at the discovery of reverse transcriptase simultaneously and independently from each other; although Dulbecco did not take a direct part in either of their experiments, he had taught the two methods they used to make the discovery.

In 1953 Dulbecco became a U.S. citizen. He was a fellow at the Salk Institute for Biological Studies in La Jolla, California (1963-72), and returned there in 1977 as a distinguished research professor after serving for five years as a director of the Imperial Cancer Research Fund in London. During his second tenure at the Salk Institute, he served also on the faculty of the medical school of the University of California, San Diego (1977-81). He served first as temporary and then as full president of the Salk Institute from 1988 to 1992. Dulbecco was asked to work on the Italian Genome Project by the Italian National Research Council before returning to the Salk Institute in the late 1990s.

The best known of Dulbecco’s discoveries is that tumor viruses cause cancer by inserting their own genes into the chromosomes of infected cells. This finding was one of the first clues to the genetic nature of cancer and led to Dulbecco being awarded the Nobel Prize for Physiology or Medicine in 1975. Subsequently, Dulbecco turned to a study of the origins and progression of tumors of the breast. He used monoclonal antibodies, tools of molecular biology that can identify cells by their chemical signatures, to characterize the tumor cells. Currently, he studies the genes that are important in the normal development of the breast and in the tumors that arise in it.

Dulbecco, with Marguerite Vogt, pioneered the growing of animal viruses in culture in the 1950s and investigated how certain viruses gain control of the cells they infect. They showed that polyomavirus, which produces tumors in mice, inserts its DNA into the DNA of the host cell. The cell then undergoes transformation (a term used in this restricted sense by Dulbecco) into a cancer cell, reproducing the viral DNA along with its own and producing more cancer cells. Dulbecco suggested that human cancers could be caused by similar reproduction of foreign DNA fragments.

In 1962, Dulbecco moved to the Salk Institute and then in 1972 to The Imperial Cancer Research Fund (now named the Cancer Research UK London Research Institute). In 1986 he was among the scientists who launched the Human Genome Project. From 1993 to 1997 he moved back to Italy, where he was president of the Institute of Biomedical Technologies at C.N.R. (National Council of Research) in Milan. He also retained his position on the faculty of Salk Institute for Biological Studies. 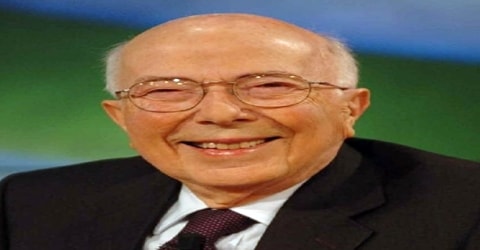 In 2006 Dulbecco retired to La Jolla, California as president emeritus of the Salk Institute. Dulbecco was actively involved in research into the identification and characterization of mammary gland cancer stem cells until December 2011. His research using a stem cell model system suggested that a single malignant cell with stem cell properties may be sufficient to induce cancer in mice and can generate distinct populations of tumor-initiating cells also with cancer stem cell properties. Dulbecco’s examinations into the origin of mammary gland cancer stem cells in solid tumors was a continuation of his early investigations of cancer being a disease of acquired mutations. His interest in cancer stem cells was strongly influenced by evidence that in addition to genomic mutations, epigenetic modification of a cell may contribute to the development or progression of cancer.

The Albert Lasker Award for Basic Medical Research was awarded to Dulbecco and Rubin in 1964.

In 1965 Dulbecco received the Marjory Stephenson Prize from the Society for General Microbiology.

In 1973 Dulbecco was awarded the Louisa Gross Horwitz Prize from Columbia University together with Theodore Puck and Harry Eagle. Dulbecco was the recipient of the Selman A. Waksman Award in Microbiology from the National Academy of Sciences in 1974. He was elected a Foreign Member of the Royal Society (ForMemRS) in 1974.

Renato Dulbecco, David Baltimore, and Howard Martin Temin were jointly awarded the Nobel Prize in Physiology or Medicine 1975 “for their discoveries concerning the interaction between tumor viruses and the genetic material of the cell.”

Renato Dulbecco lived a long life and was active in research even when he was well into his nineties. He died on February 19, 2012, three days before his 98th birthday.

Dulbecco was a part of the group which made key discoveries on the functioning of oncoviruses the viruses that can cause cancer when they infect animal cells. In collaboration with Marguerite Vogt, he showed that polyomavirus, which produces tumors in mice, inserts its DNA into the DNA of the host cell following which the host cell undergoes transformation into a cancer cell. He performed significant research on breast cancer and discovered a pioneering technique for identifying cancer cells by their genetic signature. He was actively involved in the investigations of the mammary gland cancer stem cells up to until a few months before his death.