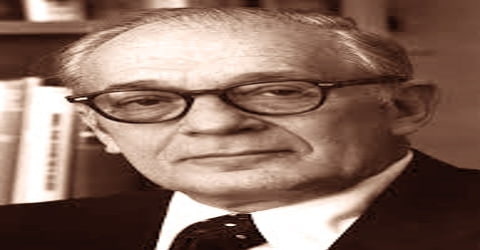 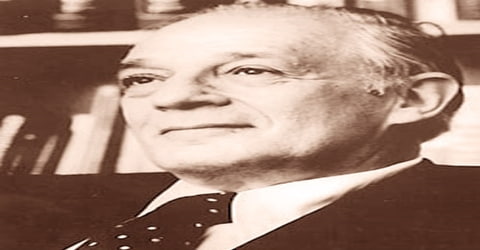 An American psychiatrist, who was the 1999 recipient of an Albert Lasker Special Achievement Award for his contributions to the study of schizophrenia, Seymour S. Kety was born on August 25, 1915, in Philadelphia, Pennsylvania, U.S. He was credited with making modern psychiatry a rigorous and heuristic branch of medicine by applying basic science to the study of human behavior in health and disease.

As a child, Kety couldn’t participate in athletic activities due to an injury to the foot and became deeply interested in chemistry, thanks to an intellectually inspiring atmosphere in the house and at school. The fact that he even made a lab in his house and spent hours experimenting is a testimony to his dedication and passion, even as a child. No wonder the boy grew up to be a genius and came up with pioneering concepts in physiology, psychiatry, and neuroscience. Establishing a strong link between genetics and schizophrenia and the usage of a chelating agent to treat metal intoxication in kids are only a few in his plethora of achievements. He was awarded the Lasker Award for Special Achievement in Medical Science which is known as America’s Nobel Prize.

Seymour S. Kety, in full Seymour Solomon Kety, was born on 25th August 1915 in Philadelphia, Pennsylvania in a modest but intellectually inspiring family. As a child, he suffered an injury to his foot, inflicted by an automobile. Though not serious, it restricted his movements and deprived him of participating in athletic activities. This directed him more towards intellectual pursuits.

Kety had his school education from Central High School in Philadelphia where he could pursue his interest in physical science and received lessons on both Greek and Latin. As a child, he became passionate about chemistry and had set up a lab in his house where he spent hours experimenting. Kety completed his medical studies from the University of Pennsylvania in 1940 and completed his internship from Philadelphia General Hospital.

Kety earned his M.D. (1940) from the University of Pennsylvania, conducted research there before being named the first scientific director of what became the U.S. National Institute of Mental Health. From 1967 to 1983 he was affiliated with Harvard University.

During his internship, Seymour S. Kety married Josephine Gross, a childhood friend. She too was studying to be a doctor. Josephine wanted to be a pediatrician, which inspired Seymour to do research and study more about children.

Kety’s association with Josephine might have persuaded him to do more research on the diseases related to children while in medical school and also during his internship. During those days, the doctors were worried about the growing cases of lead poisoning in children. Through his research, Kety found out that chelating agents can be used in treating heavy metal intoxication.

Kety classified it as a disease ‘schizophrenia’ rather than the result of bad parenting and found that genetic factors could predispose members of a family to the disease and for developing during the 1940s and early ’50s a quantitative technique for monitoring blood flow to the brain, an innovation that led to the birth of positron emission tomography scanning.

In order to pursue his interest in lead poisoning, Kety obtained a post-doctoral fellowship from the National Research Council in Harvard Medical School and decided to work under Joseph Aub who was a renowned researcher on lead poisoning. However, only after reaching there to begin his Fellowship Kety realized that Joseph Aub has changed his area of study. Aub was now pursuing studies related to traumatic and hemmoragatic shock which was more pressing as America was going through war. While working under Aub, Kety grew interested in the subject of the circulatory Physiology. Following this, he returned to the University of Pennsylvania where he worked with Carl Schmidt who was an expert in the cerebral circulation. He also took up the position of a pharmacology instructor at the Pennsylvania University.

Commonly known as a great teacher, Seymour was very popular among his students. Soon, everyone that knew Kety learned that he had a profound interest in the cerebral circulation. His desire for knowledge was mostly to understand the process and to measure the flow of blood. Eventually, Kety and Schmidt worked together to form experiments about the cerebral circulation in a human. In time, they found a very effective method of measuring the flow of blood. Their work together was revolutionary.

In 1951, Kety left Pennsylvania University and became the Scientific Director of the Intramural Research Programs of the newly established NIMH (National Institute of Mental Health) and NINDB (National Institute of Neurological Disorders and Stroke). He is credited for setting up 200 laboratories dedicated to studying the various aspects of psychology and biology which contributes to the understanding of the brain.

Kety spent much of his life studying schizophrenia. He said that genetic influences may be largely responsible for psychosis, comparing it to phenylketonuria or Huntington’s disease. Kety’s discoveries have been used and further developed into new theories.

After collaborating with many doctors on various projects, Seymour S. Kety became the chairman of the department of psychiatry at Johns Hopkins University in 1961. After only one year, Kety resigned due to his lack of experience in psychiatry. He returned to his job as the Chief of Laboratory Science. Seymour, however, continued the research he was working on. He was researching the causes of schizophrenia. His focus was based on the genetic influences that cause the disease.

In 1967, Kety moved to Harvard as a Psychiatric faculty. In 1983, he retired and worked as a senior psychobiologist at Mc Lean Hospital in Belmont in Mass. Kety had three major contributions in three different areas. In psychiatry, Kety discovered the strong link between genetics and the staggering disease of schizophrenia. As a physiologist, Seymour studied cerebral circulation and made advancements in the field. Kety’s work with neuroscience was also a large accomplishment.

In 1981, Seymour S. Kety became a founding member of the World Cultural Council.

In 1986, Kety was awarded the Ralph W. Gerard Prize in Neuroscience.

In 1988 Seymour S. Kety and Louis Sokoloff were jointly awarded the NAS Award in the Neurosciences from the National Academy of Sciences. Kety also received awards from some of the most prestigious scientific groups, including the American Society of Arts and Sciences and the American Philosophical Association.

Seymour S. Kety died on 25th May 2000 in Westwood in Mass at the age of 84. At the time of his death, he was working as an ‘Emeritus Professor’ of neuroscience at Harvard Medical School.

Seymour S. Kety introduced innovative concepts in psychiatry, physiology, and neuroscience. Being the first scientific director of the National Institute of Mental Health, he set up 200 laboratories to study the various aspects of physiology and biology. His concepts and discoveries became the basis of several new theories. He changed the course of psychiatry in which he was never trained, by establishing a strong link between genetics and schizophrenia. He stated that genetic influences often lead to Psychosis. He researched a lot on cerebral circulation. He was also the first person to use a chelating agent to treat metal intoxication. His contribution to neuroscience is overwhelming.