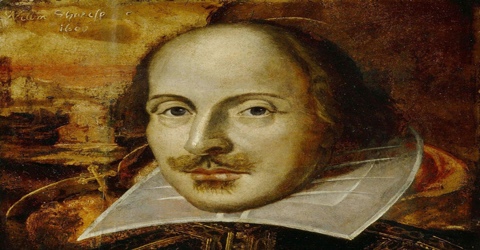 William Shakespeare, Shakespeare also spelled Shakspere, byname Bard of Avon or Swan of Avon was born on April 26, 1564, in Stratford-upon-Avon, Warwickshire, England. He was an English poet, dramatist, and actor, often called the English national poet and considered by many to be the greatest dramatist of all time. His extant works, including collaborations, consist of approximately 38 plays, 154 sonnets, two long narrative poems, and a few other verses, some of uncertain authorship. His plays have been translated into every major living language and are performed more often than those of any other playwright.

Shakespeare produced most of his known work between 1589 and 1613. His early plays were primarily comedies and histories, which are regarded as some of the best work ever produced in these genres. He then wrote mainly tragedies until about 1608, including Hamlet, Othello, King Lear, and Macbeth, considered some of the finest works in the English language. In his last phase, he wrote tragicomedies, also known as romances, and collaborated with other playwrights.

Many of his plays were published in editions of varying quality and accuracy during his lifetime. In 1623, however, John Heminges and Henry Condell, two friends and fellow actors of Shakespeare, published a more definitive text known as the First Folio, a posthumous collected edition of his dramatic works that included all but two of the plays now recognised as Shakespeare’s. It was prefaced with a poem by Ben Jonson, in which Shakespeare is hailed, presciently, as “not of an age, but for all time”.

In the 20th and 21st centuries, his works have been repeatedly adapted and rediscovered by new movements in scholarship and performance. His plays remain highly popular and are constantly studied, performed, and reinterpreted in diverse cultural and political contexts throughout the world. Though no birth records exist, church records indicate that a William Shakespeare was baptized at Holy Trinity Church in Stratford-upon-Avon on April 26, 1564. From this, it is believed he was born on or near April 23, 1564, and this is the date scholars acknowledge as William Shakespeare’s birthday. Located 103 miles west of London, during Shakespeare’s time Stratford-upon-Avon was a market town bisected with a country road and the River Avon. William was the third child of John Shakespeare, a leather merchant, and Mary Arden, a local landed heiress. William had two older sisters, Joan and Judith, and three younger brothers, Gilbert, Richard and Edmund. Before William’s birth, his father became a successful merchant and held official positions as alderman and bailiff, an office resembling a mayor. However, records indicate John’s fortunes declined sometime in the late 1570s. Scant records exist of William’s childhood, and virtually none regarding his education. Scholars have surmised that he most likely attended the King’s New School, in Stratford, which taught reading, writing and the classics. Being a public official’s child, William would have undoubtedly qualified for free tuition. But this uncertainty regarding his education has led some to raise questions about the authorship of his work and even about whether or not William Shakespeare ever existed.

At the age of 18, Shakespeare he married Anne Hathaway, a woman eight years his senior and three months pregnant. The ceremony may have been arranged in some haste since the Worcester chancellor allowed the marriage banns to be read once instead of the usual three times,and six months after the marriage Anne gave birth to a daughter, Susanna, baptised 26 May 1583. Twins, son Hamnet and daughter Judith, followed almost two years later and were baptised 2 February 1585. Hamnet died of unknown causes at the age of 11 and was buried 11 August 1596. After the birth of the twins, there are seven years of William Shakespeare’s life where no records exist. Scholars call this period the “lost years,” and there is wide speculation on what he was doing during this period. One theory is that he might have gone into hiding for poaching game from the local landlord, Sir Thomas Lucy. Another possibility is that he might have been working as an assistant schoolmaster in Lancashire. It is generally believed he arrived in London in the mid- to late 1580s and may have found work as a horse attendant at some of London’s finer theaters, a scenario updated centuries later by the countless aspiring actors and playwrights in Hollywood and Broadway.

By 1592, there is evidence William Shakespeare earned a living as an actor and a playwright in London and possibly had several plays produced. The September 20, 1592 edition of the Stationers’ Register (a guild publication) includes an article by London playwright Robert Greene that takes a few jabs at William Shakespeare: “…There is an upstart Crow, beautified with our feathers, that with his Tiger’s heart wrapped in a Player’s hide, supposes he is as well able to bombast out a blank verse as the best of you: and being an absolute Johannes factotum, is in his own conceit the only Shake-scene in a country,” Greene wrote of Shakespeare. By the early 1590s, documents show William Shakespeare was a managing partner in the Lord Chamberlain’s Men, an acting company in London. After the crowning of King James I, in 1603, the company changed its name to the King’s Men. From all accounts, the King’s Men company was very popular, and records show that Shakespeare had works published and sold as popular literature. The theater culture in 16th century England was not highly admired by people of high rank. However, many of the nobility were good patrons of the performing arts and friends of the actors. Early in his career, Shakespeare was able to attract the attention of Henry Wriothesley, the Earl of Southampton, to whom he dedicated his first- and second-published poems: “Venus and Adonis” (1593) and “The Rape of Lucrece” (1594).

Having established himself as an actor and playwright, in 1594 Shakespeare became a shareholder in the Lord Chamberlain’s Men, one of the most popular acting companies in London. He remained a member of this company for the rest of his career, often playing before the court of Queen Elizabeth I. Shakespeare entered one of his most prolific periods around 1595, writing Richard II, Romeo and Juliet, A Midsummer Night’s Dream, and The Merchant of Venice. With his newfound success, Shakespeare purchased the second largest home in Stratford in 1597, though he continued to live in London. Two years later, he joined others from the Lord Chamberlain’s Men in establishing the polygonal Globe Theatre on the outskirts of London. When King James came to the throne in 1603, he issued a royal license to Shakespeare and his fellow players, organizing them as the King’s Men. During King James’s reign, Shakespeare wrote many of his most accomplished plays about courtly power, including King Lear, Macbeth, and Antony and Cleopatra. In 1609 or 1611, Shakespeare’s sonnets were published, though he did not live to see the First Folio of his plays published in 1623. In the early 17th century, Shakespeare wrote the so-called “problem plays” Measure for Measure, Troilus and Cressida, and All’s Well That Ends Well and a number of his best known tragedies. Many critics believe that Shakespeare’s greatest tragedies represent the peak of his art. The titular hero of one of Shakespeare’s most famous tragedies, Hamlet, has probably been discussed more than any other Shakespearean character, especially for his famous soliloquy which begins “To be or not to be; that is the question”.

In 1623, John Heminges and Henry Condell, two of Shakespeare’s friends from the King’s Men, published the First Folio, a collected edition of Shakespeare’s plays. It contained 36 texts, including 18 printed for the first time. Many of the plays had already appeared in quarto versions—flimsy books made from sheets of paper folded twice to make four leaves.

Alfred Pollard termed some of the pre-1623 versions as “bad quartos” because of their adapted, paraphrased or garbled texts, which may in places have been reconstructed from memory. Where several versions of a play survive, each differs from the other. The differences may stem from copying or printing errors, from notes by actors or audience members, or from Shakespeare’s own papers. In some cases, for example, Hamlet, Troilus and Cressida, and Othello, Shakespeare could have revised the texts between the quarto and folio editions. In the case of King Lear, however, while most modern editions do conflate them, the 1623 folio version is so different from the 1608 quarto that the Oxford Shakespeare prints them both, arguing that they cannot be conflated without confusion.

Published in 1609, the Sonnets were the last of Shakespeare’s non-dramatic works to be printed. Scholars are not certain when each of the 154 sonnets was composed, but evidence suggests that Shakespeare wrote sonnets throughout his career for a private readership. Even before the two unauthorised sonnets appeared in The Passionate Pilgrim in 1599, Francis Meres had referred in 1598 to Shakespeare’s “sugred Sonnets among his private friends”. The 1609 edition was dedicated to a “Mr. W.H.”, credited as “the only begetter” of the poems. It is not known whether this was written by Shakespeare himself or by the publisher, Thomas Thorpe, whose initials appear at the foot of the dedication page; nor is it known who Mr. W.H. was, despite numerous theories, or whether Shakespeare even authorised the publication. Critics praise the Sonnets as a profound meditation on the nature of love, sexual passion, procreation, death, and time.

In 1616, with his health declining, Shakespeare revised his will. Since his only son Hamnet had died in 1596, Shakespeare left the bulk of his estate to his two daughters, with monetary gifts set aside for his sister, theater partners, friends, and the poor of Stratford. A fascinating detail of his will is that he bequeathed the family’s “second best bed” to his wife Anne. Tradition has it that William Shakespeare died on his birthday, April 23, 1616, though many scholars believe this is a myth. Church records show he was interred at Trinity Church on April 25, 1616.

About 150 years after his death, questions arose about the authorship of William Shakespeare’s plays. Scholars and literary critics began to float names like Christopher Marlowe, Edward de Vere and Francis Bacon—men of more known backgrounds, literary accreditation, or inspiration—as the true authors of the plays. Much of this stemmed from the sketchy details of Shakespeare’s life and the dearth of contemporary primary sources. Official records from the Holy Trinity Church and the Stratford government record the existence of a William Shakespeare, but none of these attest to him being an actor or playwright. The most serious and intense skepticism began in the 19th century when adoration for Shakespeare was at its highest. The detractors believed that the only hard evidence surrounding William Shakespeare from Stratford-upon-Avon described a man from modest beginnings who married young and became successful in real estate. Members of the Shakespeare Oxford Society (founded in 1957) put forth arguments that English aristocrat Edward de Vere, the 17th Earl of Oxford, was the true author of the poems and plays of “William Shakespeare.” The Oxfordians cite de Vere’s extensive knowledge of aristocratic society, his education, and the structural similarities between his poetry and that found in the works attributed to Shakespeare. They contend that William Shakespeare had neither the education nor the literary training to write such eloquent prose and create such rich characters.

What seems to be true is that William Shakespeare was a respected man of the dramatic arts who wrote plays and acted in some in the late 16th and early 17th centuries. But his reputation as a dramatic genius wasn’t recognized until the 19th century. Beginning with the Romantic period of the early 1800s and continuing through the Victorian period, acclaim and reverence for William Shakespeare and his work reached its height. In the 20th century, new movements in scholarship and performance have rediscovered and adopted his works. Today, his plays are highly popular and constantly studied and reinterpreted in performances with diverse cultural and political contexts. The genius of Shakespeare’s characters and plots are that they present real human beings in a wide range of emotions and conflicts that transcend their origins in Elizabethan England.