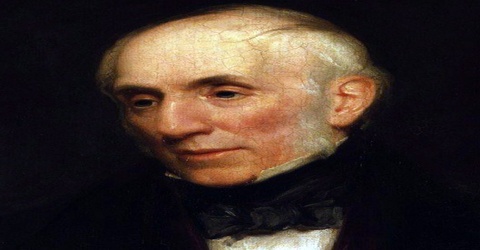 Notable works: Lyrical Ballads, Poems in Two Volumes, The Excursion, The Prelude, I Wandered Lonely as a Cloud William Wordsworth was born on April 7, 1770, in Cookermouth, Cumberland, England. He was a major English Romantic poet who, with Samuel Taylor Coleridge, helped to launch the Romantic Age in English literature with their joint publication Lyrical Ballads (1798). The collection, which contained Wordsworth’s “Tintern Abbey,” introduced Romanticism to English poetry. Wordsworth also showed his affinity for nature with the famous poem “I Wandered Lonely as a Cloud.” He became England’s poet laureate in 1843, a role he held until his death in 1850. Wordsworth was born on 7 April, 1770 in Cockermouth, in northwest England. His father, John Wordsworth, introduced the young William to the great poetry of Milton and Shakespeare, but he was frequently absent during William’s childhood. Instead, Wordsworth was brought up by his mother’s parents in Penrith, but this was not a happy period. He felt frequently in conflict with his relations and at times contemplated ending his life. However, as a child, he developed a great love of nature, spending many hours walking in the fells of the Lake District. Wordsworth’s mother died when he was 7, and he was an orphan at 13. He also became very close to his sister, Dorothy, who would later become a poet in her own right.

In 1778, William was sent to Hawkshead Grammar School in Lancashire; this separated him from his beloved sister for nearly nine years. In 1787, he entered St. John’s College, Cambridge. It was in this year that he had his first published work, a sonnet in the European Magazine. Whilst still a student at Cambridge, in 1790, he travelled to revolutionary France. He was deeply impressed by the revolutionary spirit and the principles of liberty and egalite.

Wordsworth fell passionately in love with a French girl, Annette Vallon. She gave birth to their daughter in December 1792. However, Wordsworth had spent his limited funds and was forced to return home. The separation left him with a sense of guilt that deepened his poetic inspiration and resulted in an important theme in his work of abandoned women.

On 4 October, following his visit with Dorothy to France to arrange matters with Annette, Wordsworth married his childhood friend Mary Hutchinson. Dorothy continued to live with the couple and grew close to Mary. The following year Mary gave birth to the first of five children, three of whom predeceased her and William: Dora Wordsworth, Thomas Wordsworth, Catherine Wordsworth, John Wordsworth, William “Willy” Wordsworth. In 1795, Wordsworth received an inheritance that allowed him to live with his younger sister, Dorothy. That same year, Wordsworth met Samuel Taylor Coleridge. The two became friends, and together worked on Lyrical Ballads (1798). The volume contained poems such as Coleridge’s “Rime of the Ancient Mariner” and Wordsworth’s “Tintern Abbey,” and helped Romanticism take hold in English poetry.

The same year that Lyrical Ballads was published, Wordsworth began writing The Prelude, an epic autobiographical poem that he would revise throughout his life (it was published posthumously in 1850). While working on The Prelude, Wordsworth produced other poetry, such as “Lucy.” He also wrote a preface for the second edition of Lyrical Ballads; it described his poetry as being inspired by powerful emotions and would come to be seen as a declaration of Romantic principles.

Wordsworth’s first poems, Descriptive Sketches and An Evening Walk, were printed in 1793. He wrote several pieces over the next several years. Most of his poems in this collection centered on the simple yet deeply human feelings of ordinary people, phrased in their own language. His views on this new kind of poetry were more fully described in the important “Preface” that he wrote for the second edition (1800).

Wordsworth’s most memorable contribution to this volume was “Lines Composed a Few Miles Above Tintern Abbey,” which he wrote just in time to include it. This poem is the first major piece to illustrate his original talent at its best. It skillfully combines matter-of-factness in natural description with a genuinely mystical (magical) sense of infinity, joining self-exploration to philosophical speculation (questioning). The poem closes on a subdued but confident reassertion of nature’s healing power, even though mystical insight may be obtained from the poet. In its successful blending of inner and outer experience, of sense perception, feeling, and thought, “Tintern Abbey” is a poem in which the writer becomes a symbol of mankind. The poem leads to imaginative thoughts about man and the universe. This cosmic outlook rooted in the self is a central feature of romanticism. Wordsworth’s poetry is undoubtedly the most impressive example of this view in English literature.

Wordsworth, even while writing his contributions to the Lyrical Ballads, had been feeling his way toward more ambitious schemes. He had embarked on a long poem in unrhymed verse, “The Ruined Cottage,” later referred to as “The Peddlar.” It was intended to form part of a vast philosophical poem with the title “The Recluse, or Views of Man, Nature and Society.” This grand project never materialized as originally planned.

However, such a large achievement was still beyond Wordsworth’s scope (area of capabilities) at this time. It was back to the shorter poetic forms that he turned during the most productive season of his long literary life, the spring of 1802. The output of these fertile (creative) months mostly came from his earlier inspirations: nature and the common people. During this time he wrote “To a Butterfly,” “I Wandered Lonely as a Cloud,” “To the Cuckoo,” “The Rainbow,” and other poems.

Poems about England and Scotland began pouring forth from Wordsworth’s pen, while France and Napoleon (1769–1821) soon became Wordsworth’s favorite symbols of cruelty and oppression. His nationalistic (intense pride in one’s own country) inspiration led him to produce the two “Memorials of a Tour in Scotland” (1803, 1814) and the group entitled “Poems Dedicated to National Independence and Liberty.”

The best poems of 1802, however, deal with a deeper level of inner change. In Wordsworth’s poem “Intimations of Immortality” (March–April), he plainly recognized that “The things which I have seen I now can see no more”; yet he emphasized that although the “visionary gleam” had fled, the memory remained, and although the “celestial light” had vanished, the “common sight” of “meadow, grove and stream” was still a potent (strong) source of delight and solace (comfort). Thus Wordsworth shed his earlier tendency to idealize nature and turned to a more sedate (calm) doctrine (set of beliefs) of orthodox Christianity. Younger poets and critics soon blamed him for this “recantation” (renouncing), which they equated with his change of mind about the French Revolution. His Ecclesiastical Sonnets (1822) are clear evidence of the way in which love of freedom, nature, and the Church came to coincide (come together at the same time) in his mind.

As he grew older, Wordsworth began to reject radicalism. In 1813, he was named as a distributor of stamps and moved his family to a new home in the Lake District. By 1818, Wordsworth was an ardent supporter of the conservative Tories. Though Wordsworth continued to produce poetry—including moving work that mourned the deaths of two of his children in 1812—he had reached a zenith of creativity between 1798 and 1808. It was this early work that cemented his reputation as an acclaimed literary figure. Wordsworth died of pleurisy on 23 April 1850. He was buried in St Oswald’s church Grasmere. After his death, his widow Mary, published his autobiographical ‘Poem to Coleridge’ under the title “The Prelude”.

By the 1820s, the critical acclaim for Wordsworth was growing, though ironically critics note that, from this period, his poetry began losing some of its vigour and emotional intensity. His poetry was perhaps a reflection of his own ideas. The 1790s had been a period of emotional turmoil and faith in the revolutionary ideal. Towards the end of his life, his disillusionment with the French revolution had made him more conservative in outlook. In 1839 he received an honorary degree from Oxford University and received a civil pension of £300 a year from the government. In 1843, he was persuaded to become the nation’s poet laureate, despite saying he wouldn’t write any poetry as Poet Laureate. Wordsworth is the only Poet Laureate who never wrote poetry during his time as Poet Laureate.

In 1838, Wordsworth received an honorary doctorate in Civil Law from the University of Durham.