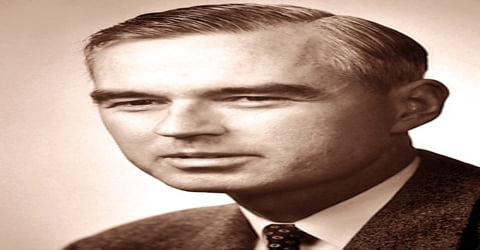 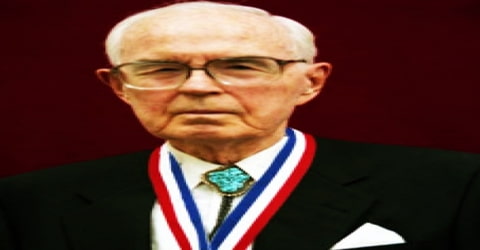 An American physicist and corecipient, with Polykarp Kusch, of the 1955 Nobel Prize for Physics for experimental work that spurred refinements in the quantum theories of electromagnetic phenomena, Willis Eugene Lamb Jr. was born on July 12, 1913, in Los Angeles, California, U.S. He was born to Willis Eugene who was a telephone engineer and Marie Helen Metcalfe. He received the Nobel Prize in Physics for his discovery of a minute difference in the energy levels of a hydrogen atom. Lamb was able to determine precisely a surprising shift in electron energies in a hydrogen atom. Lamb was a professor at the University Of Arizona College Of Optical Sciences.

Lamb’s findings led to a reassessment of the basic concept related to the application of the quantum theory to electromagnetism. This deviation in the energy level of an electron orbiting around the nucleus of a hydrogen atom came to be known as ‘the Lamb shift’. The discovery greatly affected the concept of quantum theory related to the matter. He shared the Nobel Prize with German-American physicist, Ploykarp Kusch who had also come to the same conclusions while doing the experiment independently. In 1939, at the age of 26, he predicted an effect which was proven 20 years later as the ‘Mossbauer Effect’ also known as the ‘Lamb-Dicke-Mossbauer Effect’. His research covered subjects like theory of the interactions between matter and neutrons, range of fission fragments, theories of nuclear structure, fluctuations in cosmic ray showers, theories of beta decay, pair production, order-disorder problems, quadrupole interactions in molecules and diamagnetic corrections for nuclear resonance. He also studied the design of magnetron oscillators, a theory of electrodynamic energy level displacements, and theory of the microwave spectroscope and the fine structure of hydrogen, helium and deuterium atoms. 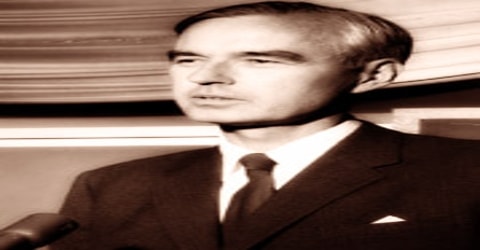 Willis Lamb, in full Willis Eugene Lamb, Jr. was born in Los Angeles, California, the USA on July 12, 1913. His father, Willis Eugene was a telephone engineer and his mother was Marie Helen Metcalfe. He was brought up alongside his younger brother, Perry.

Lamb’s initially studied for three years in Oakland, California and then joined a public school in Los Angeles. He graduated from the ‘Los Angeles High School’ with mathematics, physics, and chemistry as his major subjects.

In 1930, Lamb joined the University of California, Berkeley where he studied theoretical physics. In 1934, he graduated with a B.Sc in Chemistry from the university. He did his thesis under Robert Oppenheimer. In 1938, Lamb obtained his doctorate from the University of California, Berkeley. His dissertation was related to the electromagnetic properties of nuclear systems.

Willis Eugene Lamb, Jr. married Ursula Schaefer, a German student of history associated with the ‘University of Arizona’, in 1939. After the death of Ursula in 1996, he married Bruria Kaufman, an Israeli physicist whom he had met in Columbia in 1941, in the same year and divorced her later. His third marriage was with Elsie Wattson on January 26, 2008, whom he had met 27 years ago. He did not have any children from any of these marriages.

Willis E. Lamb was described by another UA physicist William A. Wing as ‘one of the rare physicists who go on and on, just keeps on exploring throughout his career’. His colleagues found his work ethic inspiring and called him ‘a real giant in his field’. 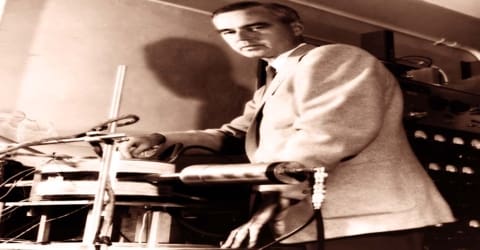 During the Second World War, he worked at the ‘Columbia University Radiation Laboratory’ from 1943 to 1951 on how to make sources for radar which could produce shorter microwaves at higher frequencies. This work helped him win the Nobel Prize later.

In 1947, Lamb discovered the Lamb shift which describes the shift in the energy levels of a hydrogen atom. In 1951, he began teaching atomic spectroscopy as a professor of physics at the University of Stanford. In 1953, he became a Morris Loeb Lecturer at the Harvard University.

In addition to his crucial and famous contribution to quantum electrodynamics via the Lamb shift, in the latter part of his career, he paid increasing attention to the field of quantum measurements. In one of his writings, Lamb stated that “most people who use quantum mechanics have little need to know much about the interpretation of the subject.” Lamb was also openly critical of many of the interpretational trends on quantum mechanics. 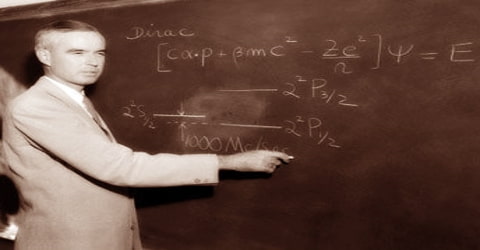 In 1953, Willis Eugene Lamb, Jr. was awarded the Rumford Premium Award by the American Academy of Arts and Sciences. In 1954, he obtained an honorary D. Sc from the University of Pennsylvania. In 1955, he won the Nobel Prize in Physics. In the same year, Lamb received the Research Corporation Award.

Willis Eugene Lamb, Jr. received ‘Einstein Medal’ from the ‘Society for Optical and Quantum Electronics’ in 1992. He received the ‘Guthrie Award’ from the ‘Physical Society of London’. He was elected to the ‘National Academy of Sciences’ and was made an ‘Honorary Member’ of the ‘Optical Society of America’ in 1999. Lamb was also made a ‘Fellow of the American Physical Society’ and a ‘Foreign Member of the Royal Society of Edinburgh’.

In 2000, Willis Lamb received the National Medal of Science. He received honorary degrees from universities such as Yale University and Columbia University among others.

Willis Lamb wrote a series of papers which were published in the journal ‘Physical Review’ from 1947 to 1953. These papers were regarded as classics by atomic scientists all over the world.

The ‘Willis E. Lamb Award’ for ‘Laser Science and Quantum Optics’ was initiated by the ‘Physics of Quantum Electronics (PQE)’ in 1998 and is presented annually to scientists for their outstanding contributions to the field of quantum theory.