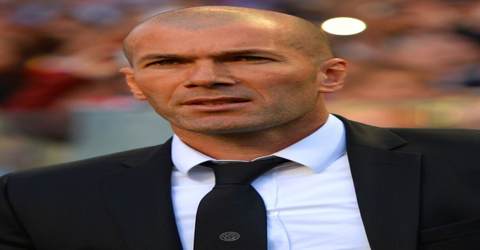 Zinedine Zidane, byname Zizou was born on June 23, 1972, in Marseille, France. He is a French football (soccer) player who led his country to victories in the 1998 World Cup and the 2000 European Championship.

Truly a magnificent professional, Zidane is one of the greatest players in the history of football that the game has ever witnessed. A master at the fundamentals and techniques of the game, Zidane is known for his great controlling and dribbling skills, in addition to his magic ball touch, focussed vision and great leadership traits. During his playing years, he was an unsurpassed player when it came to controlling and receiving the ball. In his 108 international outings, he scored 31 goals. Today a retired professional, Zidane’s fancy with the game started young. Little did people known then that Zidane would create history in the soccer world with his amazing talent and prowess. He has had an amazing career graph with a win each at the FIFA World Cup (1998) and Euro (2000) with France. During his time at the game, he was the top notch player for France. For his excellence, Zidane has been bestowed with many a coveted awards and honors including the FIFA World Player of the Year three times, and Ballon D’Or once. He was even awarded the 2006 FIFA World Cup Golden Ball on his retirement for his outstanding contribution to the game. He played as an attacking midfielder for the France national team, Cannes, Bordeaux, Juventus and Real Madrid. Renowned for his elegance, vision, ball control and technique, Zidane was named the best European footballer of the past 50 years in the UEFA Golden Jubilee Poll.

After retirement, Zidane became assistant coach at Real Madrid under Carlo Ancelotti for the 2013–14 season. After a successful year in which the club won the UEFA Champions League and Copa del Rey, Zidane became the coach of Real Madrid’s B team, Real Madrid Castilla. In 2010, Zidane was an ambassador for Qatar’s successful bid to stage the 2022 FIFA World Cup, the first Arab country to host the tournament. Zidane is currently the manager of Real Madrid, taking over the position in January 2016. In his first season as manager, Zidane won the UEFA Champions League title.

He came out of retirement to lead France in the 2006 FIFA World Cup. It was a fairytale finish to a high-strung career with France reaching the finals under his meticulous guidance, but not winning the same due to his absence in the penalty shootout as a red card was given to him.

He scored his first World Cup goal at the finals of the FIFA World Cup 1998 against Brazil. In the match, he scored two identical goals, both headers, leading France to victory. His outstanding performance at the match gave him a national hero status.

Zidane has had endorsements with many companies, including Adidas, Lego, France Telecom, Orange, Audi, Volvic and Christian Dior. These sponsorship deals earned him €8.6 million on top of his €6.4 million Real Madrid salary in 2006, totalling €15 million ($20.4 million), which made him the sixth-highest paid footballer. In 2004, Forbes magazine listed his earnings of $15.8 million for the previous 12 months. In May 2010, Zidane appeared in a commercial for Louis Vuitton, indulging in a game of table football with Pelé and Diego Maradona.

Zinedine Yazid Zidane was born on June 23, 1972, in Marseille, France. The son of Algerian immigrants, Zidane learned to play soccer in the streets of La Castellane, a rough section of Marseille. Young Zidane was introduced to the game of football at the tender age of five. Along with the neighbourhood children, he played the game at the Place Tartane, which was the main square of the housing complex.

After starring for local youth clubs, 14-year-old Zidane was discovered at a French Football Federation training camp by AS Cannes recruiter Jean Varraud, and spent the next three years honing his skills in Cannes’ youth division.

He got his first player’s license at the age of ten. He made his professional debut at the age of seventeen and won the World Cup at the age of twenty six and the European Championship when he was twenty eight. Zidane has described himself as “a non-practicing Muslim.”

Zidane made his first professional appearance for Cannes at 17, scoring a goal in his debut. He transferred to Bordeaux in 1992, and in ensuing years the attacking midfielder earned renown for his sterling all-around play. Prone to the occasional flash of temper, Zidane otherwise was the embodiment of control with the ball at his feet, seemingly knowing when to maneuver through the defense, find a teammate with a pinpoint pass or rocket a shot at the goal. His performance was top notch as the club went on to hold the 1995 Intertoto Cup, and were runner-up in the UEFA Cup, held in 1995-96. Later in 1996, Zidane moved to UEFA Champions League winners Juventus for a whopping £3.2 million. Juventus not only recorded a win in the 1996-97 Serie A but also brought home the Intercontinental Cup.

At his peak when France hosted the 1998 World Cup, Zidane spearheaded Les Bleus’ march through the tournament with his crisp passing and dribbling, and then scored twice as France shut down Brazil in the final, 3-0, to become a national hero. Two years later, Zidane again was the linchpin of the French team’s run to international glory, which culminated with a 2-1 win over Italy for the European Championship.

Year 1998 was a successful year for this ace footballer who held the record of 7 goals in 32 matches. The club not only won the 1997-98 Serie but retained the Scudetto as well. Juventus made it to the UEFA Champions League final for the third time but lost to Real Madrid. In 2001, Zidane signed with Spanish club Real Madrid for a world-record transfer fee of more than $66 million. The investment paid immediate dividends, as the French import helped Real Madrid win the coveted UEFA Champions League title in his first year and La Liga the following season.

On 7 May 2006, Zidane, who had announced his plans to retire after the 2006 World Cup, played his farewell match and scored in a 3–3 draw with Villarreal. The squad wore commemorative shirts with ZIDANE 2001–2006 below the club logo. The 80,000 fans inside the Santiago Bernabéu held up a banner reading, “Thanks for the magic.”

In 2012, Zidane featured for Madrid in an All Stars Match against Manchester United which resulted in a 3–2 win for Real. In April 2013, he was named by Marca as a member of the “Best foreign eleven in Real Madrid’s history.”

Zidane’s first stint at the international level of football was not as a Top Eleven for France but as a substitute in a friendly match against Czech Republic. However, his entry was the saving grace for the team as he recovered France from the 2-0 defeat to a 2-2 draw, scoring twice.

The reigning world and European champions, however, had a tough luck at the 2002 FIFA World Cup as Zidane, their most trusted and able player was suffering from thigh injury. Without him by the side, France lost their first two games. Zidane was brought back for the third game despite being unfit. However, his tropublesome medical condition obstructed him for playing his best, thus adding on to the woes of the defending champions who were eliminated in the group stage without scoring a single goal. Euro 2004 was reportedly Zidane’s last tournament as he intended to retire thereafter. France topped their group with wins over England and Switzerland, before losing to Greece by 1-0 in the quarter-finals.

Before the 2006 World Cup final in Berlin, Zidane was awarded the Golden Ball as the best player of the tournament. Having already announced he was to retire after the expiration of his Real Madrid contract at the end of the 2005–06 season, the world of football already knew Zidane’s second World Cup final was to be the last match of his career.

Under Zidane’s captaincy, France showed spark and character, as the team slowly defeated its opponents to reach the quarter-finals against Brazil. France defeated Brazil 1-0.

Zidane’s penalty kick decided the semi-final victory as France defeated Portugal to reach the finals against Italy. Zidane gave France an upper hand, just minutes after the start of the game, as he scored a goal at the penalty kick. However, heated argument and head-butting with Marco Materazzi earned Zidane a red card. He was not allowed to participate in the penalty shootout which Italy won 5–3.