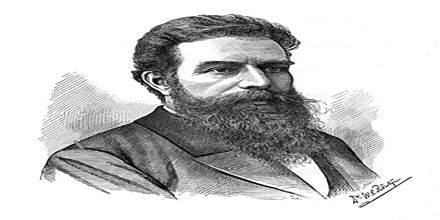 Wilhelm Rontgen was an eminent German physicist who won the first Nobel Prize in Physics, for the discovery of X-rays. Though many scientists had detected the X-rays even before Rontgen, he was the first person who discovered and systematically studied the X-rays. Röntgen was born on March 27, 1845, at Lennep in the Lower Rhine Province of Germany. He was the only child of a merchant and cloth manufacturer. Röntgen was brought up in Netherlands after he and his family moved to Apeldoorn in 1848. Here he first received his early education at the Institute of Martinus Herman van Doorn, a boarding school and in 1861 attended the Utrecht Technical School. Unfortunately in 1863 he was expelled unfairly from his school after being accused of a prank another student had committed. Even though Röntgen did not seem to be especially gifted in his schoolwork, he was good at building mechanical objects, a talent that enabled him to build many of his own experimental devices in his later life.

He was born on March 27, 1845, in Lennep, Germany to Friedrich Conrad Roentgen, a textile merchant and his wife, Charlotte Constanze Frowein. He was their only child. He received his primary and secondary education in the public schools of Apeldoorn and at a private boarding school in Middelann.

In 1862, he was enrolled at the Utrecht Technical School but was expelled after some time on account of a childish mischief which involved drawing a caricature of an unpopular teacher of the school.

In 1865, he was authorized to attend the University of Utrecht but as an irregular student. Despite the fact that he took classes on various subjects including analysis, physics and chemistry, he did not seem to focus towards becoming a regular student. When it came to his knowledge that he could be admitted to the Federal Polytechnic Institute in Zurich, he instantly applied for it and passed its examinations. Thus, he began studying mechanical engineering and received his diploma in 1868.

After graduating, he attended the University of Zurich and obtained his Ph.D. in physics in 1869. In the university, he became a favorite student of Professor August Kundt.

In 1874, he received his first official academic appointment when he became a privatdozent at the University of Strassburg. Next year, he was appointed a professor of physics at the Hohenheim Agricultural Academy. In 1900, he was appointed at the physics chair at the University of Munich, by the special request of the Bavarian government. He served in Munich for the rest of his career until his retirement in 1920.

His most significant work is, undoubtedly, the discovery of X-rays, a form of electromagnetic radiations which are emitted when matter is bombarded with fast electrons. While conducting an experiment on cathode rays, electric current was passed through gases at extremely low pressure through a well-covered discharge tube, and he observed an illumination of barium platinocyanide covered screen, placed near the apparatus. He also discovered that the rays were capable of exposing a photographic plate and through this knowledge, he developed the image of his wife’s hand and analyzed the variable transparency as showed by her bones, flesh and her wedding ring. Subsequently, he named it ‘X-rays’ and stated that they are produced by the impact of cathode rays on material objects.

During 1895 Röntgen carried out his investigations on the phenomenon of cathode rays. Accidently he put a piece of cardboard covered with fluorescent mineral near the experimental set and noticed it glowing in the dark when the source of cathode rays was turned on. Roentgen immediately initiated an experiment aimed at investigation of the phenomenon. He found that that if vacuum tube, used for experiments with cathode rays, was covered tightly with thin, black cardboard and placed in a darkened room, bright glow was observed during each discharge on a screen covered with fluorescent barium platinum cyanide (placed near the device). He realised that the fluorescence was caused by an agent which could infiltrate from within the vacuum tube through dark cardboard (impermeable to visible or ultraviolet radiation) to the outside of the set. He termed this agent as x-rays. Röntgen married Anna Bertha Ludwig of Zürich, whom he had met in the café run by her father. She was a niece of the poet Otto Ludwig. They married in 1872 in Apeldoorn, The Netherlands. They had no children, but in 1887 adopted Josephine Bertha Ludwig, then aged 6, daughter of Mrs. Röntgen’s only brother. Four years after his wife, Röntgen died at Munich on February 10, 1923, from carcinoma of the intestine.

Wilhelm Röntgen never patented any of his discoveries and even donated the money from his award to the University of Würzburg. He married Anna Bertha Ludwig and adopted her brother’s daughter as his own child. Towards the end of his life he fell into poverty and when he died in 1923, his personal belongings and scientific correspondence were destroyed as per the instructions given in his will.

He died on February 10, 1923 in Munich, Germany due to carcinoma of the intestine. His remains were buried in Alter Friedhof, Giessen, Germany. In keeping with his will, all his personal and scientific correspondence was destroyed upon his death.