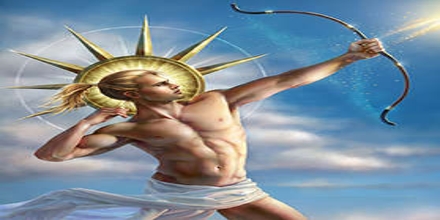 Main purpose of this lecture is to present on Ancient Greek God: Apollo. He is God of light and prophecy. He was  twin brother of Artemis and his Mother was Leto. He was also known as the Archer, far shooting with a silver bow; the god of healing, giving the science of medicine to man; the god of light; and the god of truth. Apollo was an oracular god, as he was the prophetic deity in the Oracle in Delphi. He is also called Phoebus, Apollon.