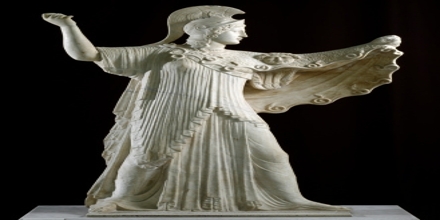 Major purpose of this lecture is to present on Ancient Greek God: Athena. Athena is Goddess of war and wisdom. Athena was the Greek virgin goddess of reason, intelligent activity, arts and literature. She was the daughter of Zeus; her birth is unique in that she did not have a mother. She became the patron goddess of Athens after winning a contest against Poseidon by offering the olive tree to the Athenians. Athena Is also called Minerva, Athina, Athene.