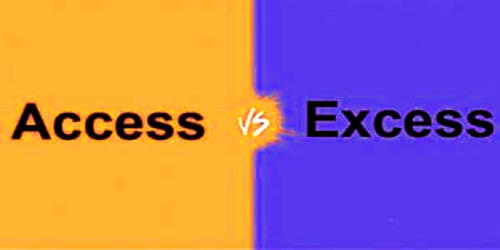 In English, there are many pairs of words, with almost identical pronunciation. ‘Access’ refers to the opportunity to take admission or entry, whereas ‘Excess’ means to the quantity of particular thing that is more than enough. However, they differ in the meanings and spellings. So, while using such words in our sentences, we need to be more careful. The word Access refers to be able to have what is required or needed. Excess refers to the overabundance or surplus of anything i.e. more than the needed quantity or required amount. One such group of the word is access and excess, wherein access means the opportunity to enter, whereas excess refers to the quantity of something which is more than enough or desired. The word access can be used as a noun or a verb in sentences, whereas excess can be used as a noun and also as an adjective in the sentences.