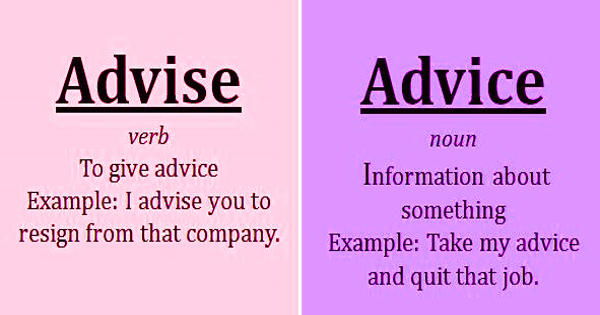 Difference between Advice and Advise

In English, there are many confusing terms and one such pair of words is advice and advise, which not only sound alike but also look alike. The main difference between advice vs advise is that “advise” is a verb that to recommend, or to give information to someone. On the other hand, “advice” is a noun: an opinion or recommendation offered as a guide to action. Due to which people juxtapose these terms however these are different as in the word advice refers to the opinion, view, preaching, counsel, suggestion, recommendation, or consultation.

On the other hand, advise is the act of giving or offering advice to someone, which may be the best possible action in a given situation. While the word advice is a noun, advise is a verb. In sentences, the word advice denotes what someone should do, whereas advise is used to indicate what should be done in a particular case. 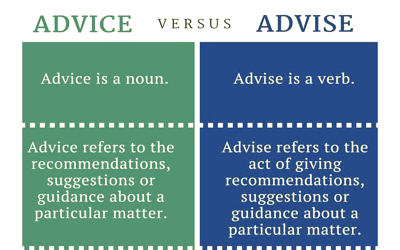 Difference between Advice and Advise