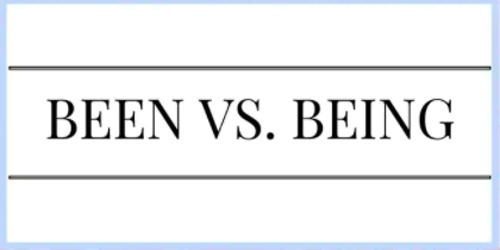 Difference between Been and Being

The words ‘being’ and ‘been’ are sometimes confused. ‘Be’ is an irregular verb, which is used with prepositions to form sentences. The word “been” is the past participle of the verb “to be.” The two forms of the verb ‘be’ are been and being that are commonly juxtaposed, during their usage. Been is a form of ‘be’, which is a past participle one. On the other hand, being is also a type of ‘be’, but present participle one. The word “being” is the present participle of the verb “to be.” Been is used in sentences to outline some information about the subject, which is not present but from an earlier time. As a rule, the word ‘been’ is always used after ‘have’ whereas ‘being’ is never used after ‘have’. It is used after ‘be’. 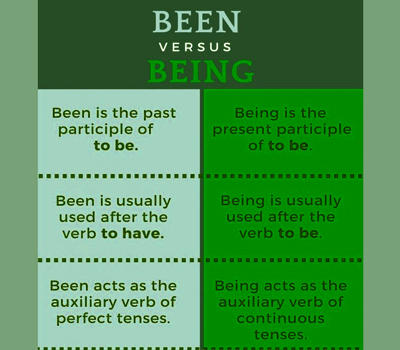 Difference between Been and Being