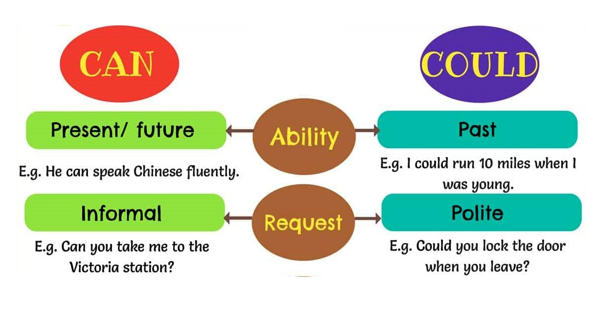 Difference between Can and Could

The modal verbs can and could represent the ability of a person or thing in doing something. Can have many uses as a modal verb, but there are three uses that can be confusing to an English learner. We use could show that something is possible, but not certain. However, there is a difference in their usage, as ‘can‘ is used in the present situation, whereas we can use ‘could‘ for talking about a past ability. Both are followed by a base form of the verb. Could, of course, function as the past tense of the can, and like other past forms, it sometimes simply indicates past time: In those days there was no security and anybody could walk in, day or night. While can talks about the possibility of an event in the present situation, could is used to express a slight possibility or the possibility in the past.

Difference between Can and Could 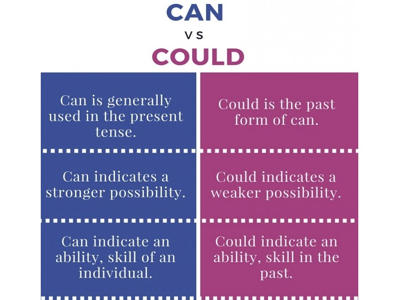