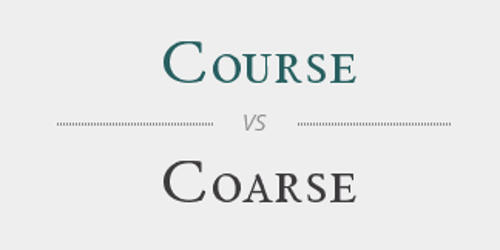 Difference between Coarse and Course

But on the other hand, the word course has to do something with progress, it denotes a path that leads to upward movement or the way of doing something. As an adjective, “coarse” is always used before nouns, with the purpose of describing them. “Coarse” primarily means rough, thick, or it may refer to not very small pieces.

Difference between Coarse and Course –