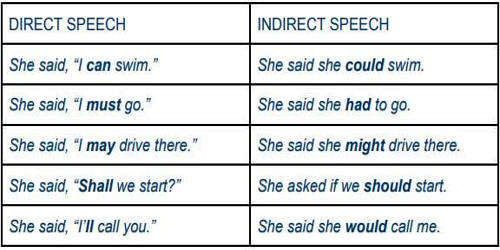 Difference between Direct and Indirect Speech

Direct and indirect speech can be a source of confusion for English learners. In a direct speech, we use inverted commas to highlight the exact words of the speaker while reporting them. It repeats, or quotes, the exact words were spoken. When we use direct speech in writing, we place the words spoken between quotation marks (” “) and there is no change in these words.

Look at the following sentences:

Difference between Direct and Indirect Speech