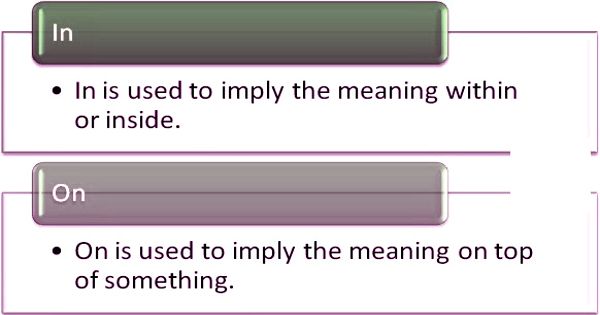 Difference between In and On

Prepositions are the words that are used in sentences to show location or the relationship between the noun or pronoun with the other elements in the clause. More often than not, either IN or ON can be grammatically correct. English speakers usually face confusion in using prepositions like ‘in’ and ‘on’. It entirely depends on what you really mean in your statements. We use the word ‘in‘ when we talk about a situation in which something is enclosed by something else. It is therefore used with other parts of the day, with months, with years, with seasons.

On the other hand, ‘on‘ is used to talk about a situation when the object is placed above or outside something else. Alternatively, ON is used to denote a position for surfaces or a position just above or outside an area. For example, The book is placed on the table. If we talk about a place, usually ‘in’ is used with the name of the town, city, state, and country, whereas ‘on’ is used with street names.

Difference between In and On 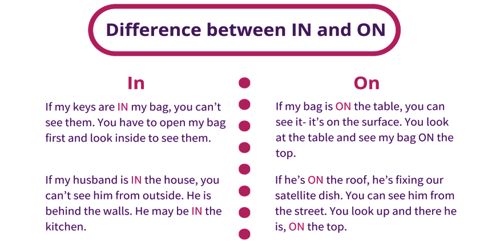