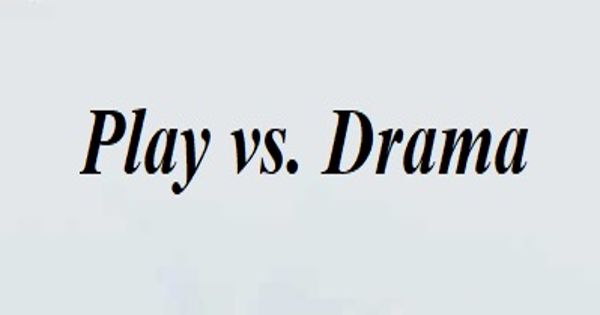 Difference between Play and Drama

Drama and play are two words that are often used interchangeably. Drama is a form of written literature that is either prose or verse, usually in dialogue-form that is intended for performance. It is a genre of literature, which is basically the script, and the actors play the role of different characters to tell the story to the viewers and facilitate interpretation. The word drama is originated from the Greek word ‘dran’ meaning “to do,”.  Drama is one of the active forms of literature, which tends to inform, educate, and entertain the audience at the same time.

Drama is often juxtaposed with a play. A play is a form of literature written by a playwright; drama usually consists of a dialogue between the characters, intended for theatrical performance rather than just reading. Play implies a piece of literature, which is written in single or multiple acts, consisting of different scenes in each act. Plays are written for a reading audience, but drama needs to be transformed into some other form, i.e. theatre, to present the idea.

The primary difference between play and drama is that play is a dramatic performance on the stage, whereas drama is a literary composition in the form of prose or verse, that portrays dialogue showing conflict which the main character attempts to resolve.

Difference between Play and Drama 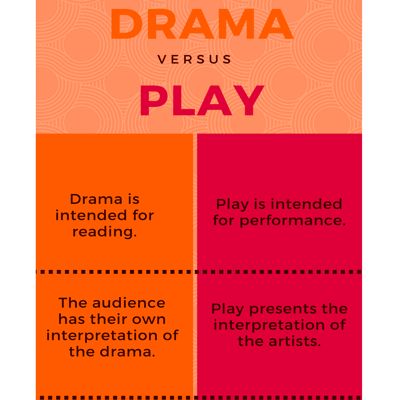