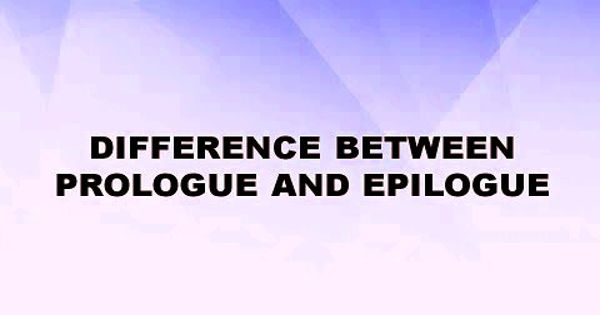 Difference between Prologue and Epilogue

The basic difference between a prologue and epilogue is that a prologue comes before the rest of the story, and an epilogue comes after. Prologue and Epilogue are two diametrically opposite literary devices used in the literary composition and stand outside the narrative. They can be in the form of a short speech, poem, narrative, elegy, etc.

Prologue is put at the beginning of a story. It introduces the world described in a story and the main characters. The prologue is one of those pages which is included in the front matter of the book. It helps in giving a sneak peek of the story to the reader, which is contained in the book. On the other end, an epilogue is a piece of writing found at the end of the literary work, which states about the after-life of the characters, when the story has completed. Epilogue is located at the end of a story. It describes events that happened after all the plots had been finished. It tends to conclude the story, tie up the loose ends, and give finishing touches to the story. It tells what happened to the main characters of the story.

Difference between Prologue and Epilogue 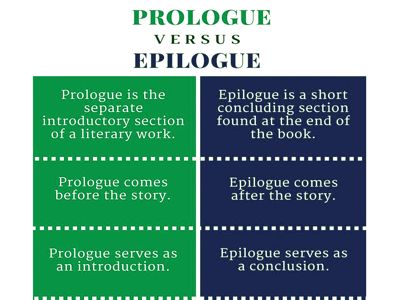