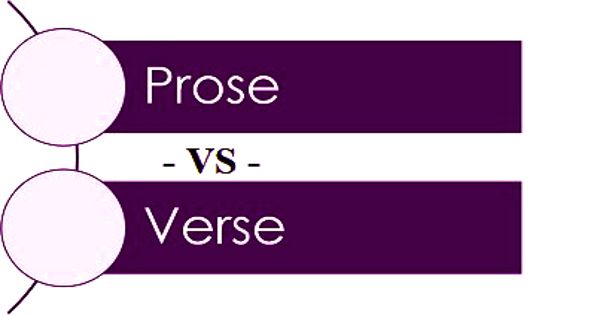 Difference between Prose and Verse

The prose is could be called “normal language” – it is what we use in everyday speech. The prose is a common term used for unmetrical writing. It consists of sentences and paragraphs and is what most novels and contemporary are written in. It is a style in which we naturally communicate and follows the grammatical structure. So, any type of literary work, which follows the simple grammatical structure, to form sentences and paragraphs is called prose.

On the other hand, a Verse is used for metrical writing, no matter if the writing is poetic or unpoetic. It can also be called poetry – it tends to have a regular rhythm, and is divided into “stanzas” rather than paragraphs. A verse can sometimes rhyme. A verse uses a rhythmic structure, which is not used in ordinary speech. So, when words are metrically arranged in a sequence, as per a given design or rhythm, it is called verse.

Difference between Prose and Verse 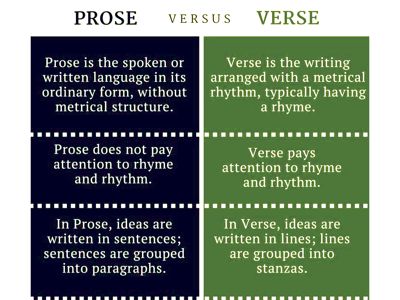