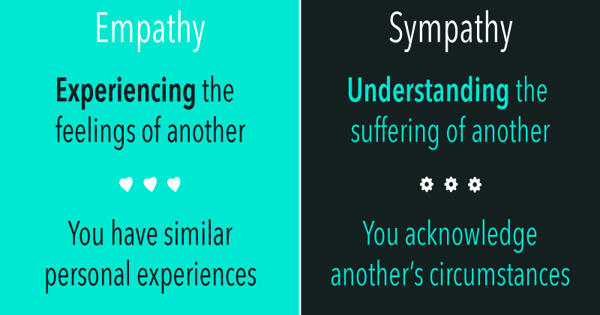 Difference between Sympathy and Empathy

Sympathy and empathy are two commonly confused words in the English language. Sympathy means the feeling of sorrow or commiseration for the hardships, problems, and pain caused to another person. It refers to the ability to take part in someone else’s feelings, mostly by feeling sorrowful about their misfortune. It is often misconstrued with empathy which refers to an individual’s ability to understand what another person is going through, by perceiving himself in the same situation. Empathy is a term we use for the ability to understand other people’s feelings as if we were having them ourselves. Both of the works deal with the relationship a person has to the feelings and experiences of another person.

Difference between Sympathy and Empathy 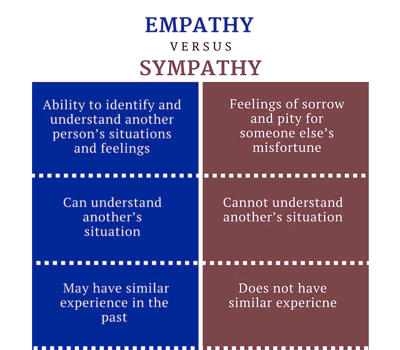