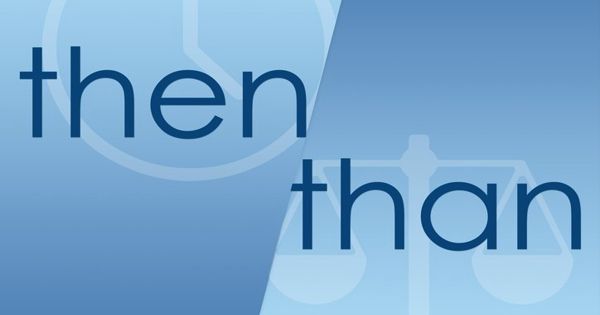 Difference Between Than and Then

In English, ‘than’ and ‘then’ are the most commonly confused terms, due to their same pronunciation, however, they have different meanings. ‘Than’ is used in comparisons as a conjunction, as in “she is younger than I am”. ‘Then’ indicates time. It is used as an adverb, “I lived in Idaho then,” noun, “we’ll have to wait until then”. ‘Than’ is commonly used as a preposition or conjunction, whereas ‘then’ is mainly used as an adverb or adjective.

Both ‘than’ and ‘then’ are action words, wherein ‘than’ is used for comparing two elements or representing contrast or exception. As against ‘then’’ is mainly used in relation to time, to show when something has happened, or the sequence in which events took place. While ‘than’ introduces the second element in comparison, ‘then’ adds another part in a sentence.

Difference Between Than and Then 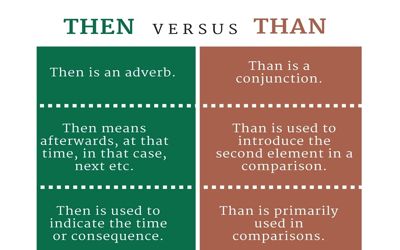