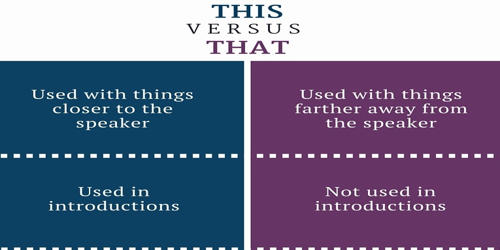 Difference between This and That

The words this and that can sometimes be confusing for English learners. The words ‘this’ and ‘that’ are demonstrative pronoun which is used for indicating something. Not only this, but they also come in the category of demonstrative determiners which are used before a singular noun, that tells you which person or object you are talking about. Generally, ‘this’ is physically near you or near in time and ‘that’ is physically further away or in the future.

Difference between This and That