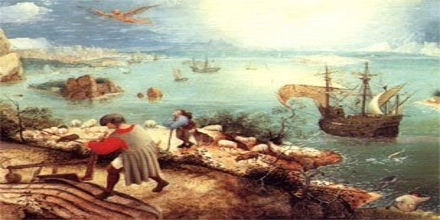 The Fall of Icarus

Icarus was an ancient Greek god. His father was Daedalus, an artificer, or artist. Daedalus gave Icarus wings made of wax so he could fly. Icarus’ father warned him not to fly too close to the sun, or the heat from the sun would melt the wax in the wings and he would fall. Icarus began to fly around the world, and the feeling of soaring in the sky was so exhilarating that he forgot his father’s advice and began to soar closer and closer to the sun.