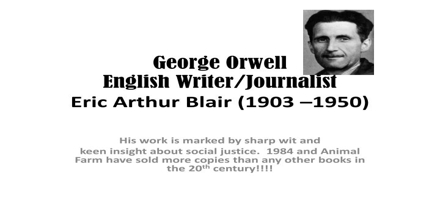 Orwell was a person who had a reputation for standing apart and even making a virtue of his detachment. This “outsider” position often led him to oppose the crowd. Orwell’s beliefs about politics were affected by his experiences fighting in the Spanish Civil War. He viewed socialists, communists, and fascists as repressive and self-serving. He was skeptical of governments and their willingness to forsake ideas in favor of power. A masterpiece of political satire, Animal Farm is a tale of oppressed individuals who long for freedom but ultimately are corrupted by assuming the very power that had originally oppressed them.