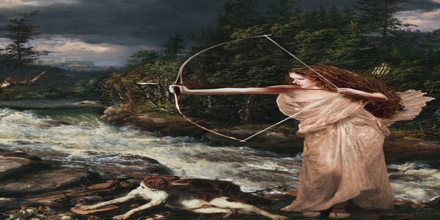 Atlanta’s parentage is uncertain. Her parents may have benn KingIasus and Clymene. She came into the world in the “undesirable state” of being female. As a result, her father had her carried into the woods and left to die. However, a bear found her and adopted her. There is one other mystery concerning  Atlanta. Somehow, despite her vaunted virginity, she had a son – Parthenopaeus. The father is uncertain. Melanion and Meleager have both been suggested, but both of them were with Atlanta only briefly.  Atlanta is also called Atalanta.