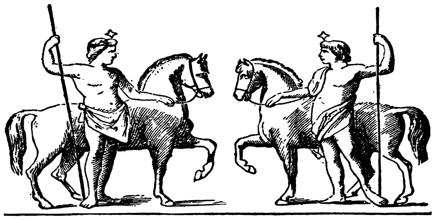 Basic purpose of this lecture is to present on Greek Hero: Dioscuri. In Greek mythology, the Dioscuri were the twin brothers Castor and Pollux. Their mother was Leda, but they had different fathers. Tyndareus, the king of Sparta, was the father of Castor, while Zeus was the father of Pollux. Some sources say that they were born from an egg, along with their twin sisters Helen and Clytemnestra. Dioscuri Is also called Gemini, Castores, Dioskouri, Dioskuri, Castor, Polydeuces, Polydeukis, Pollux, Tyndaridae, Tyndarids.